Once known as the “Sleeping Beauty”, the French city of Bordeaux has been given a new lease of life in recent times, thanks to a major makeover.

With the facades of its 18th century limestone buildings being cleaned up, the waterfront being transformed into a leisure area and port facilities being moved downstream, and the pedestrianisation of the cobblestone streets of the old town, Bordeaux has been transformed. Not a small achievement for a city that dates back to 300 BC, classified as a World Heritage Site in 2007 and voted Europe’s best destination in 2016!

Probably the most famous and photographed place remains the Place de la Bourse, also known as Place Royale, a curved ensemble of Parisian-style monuments that mimics the moon-shape of the port and boasts the world’s largest reflecting pool (pictured below). During the summer months, the water springs can be turned into a fog of mist for the delights of both adults and kids, while at night the mirror reflects its surroundings in all their splendour. 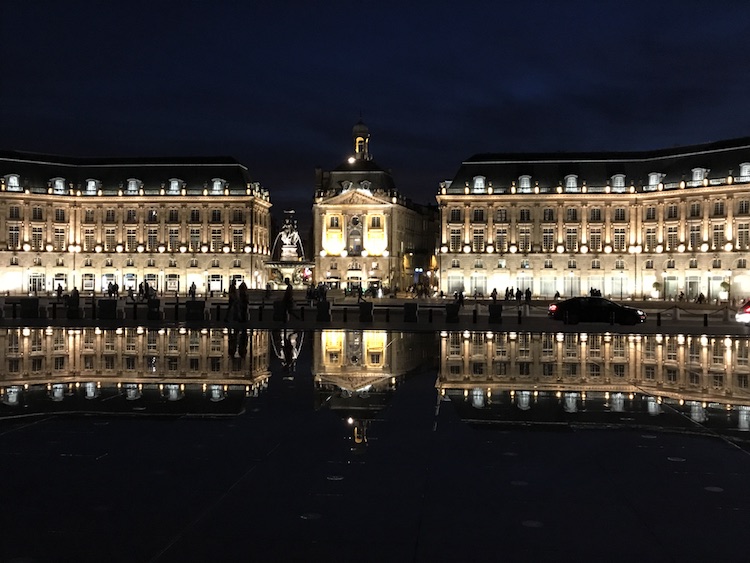 Not far away, the esplanade des Quinconces is another emblematic site of the city thanks to its two columns facing the Garonne river and its monument aux Girondins, a large pedestal framed with two basins, decorated with bronze horses and surmounted by a statue symbolizing the spirit of liberty.

Among the other not-to-be-missed landmarks is cathédrale Saint-André, Bordeaux’s gothic cathedral, which dominates the city. Consecrated in 1096, it is where a 14 year-old girl by the name of Eleanor of Aquitaine wed the future King of France. At the time, it was hard to imagine that she would later marry the King of England! 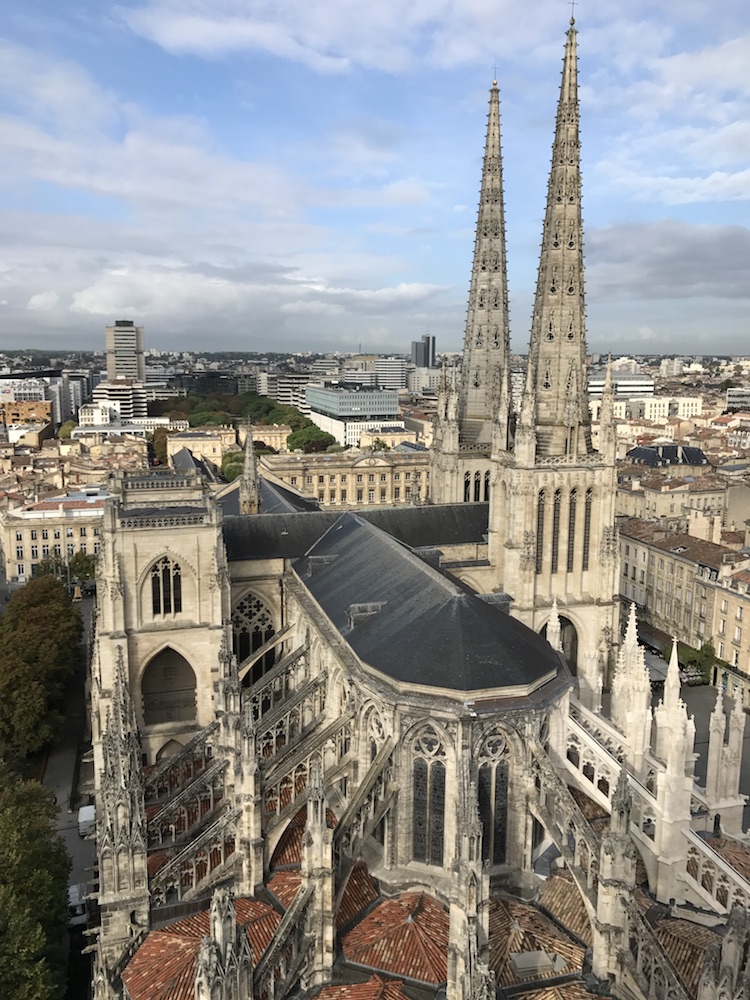 Opposite the cathedral, a grand neoclassical palace built in the 18th century now hosts the Hôtel de Ville (Town Hall), as well as the Musée des Beaux Arts.

A few steps away, rue Sainte-Catherine, the oldest existing street and now the busiest shopping hub, leads to the Grand Théâtre, a monumental building featuring 12 colossal Corinthian columns and statutes representing the nine muses as well as the goddesses Juno, venues, and Minerva. Nearby, the Jardin Public is a little “green” paradise, where one can visit the botanical gardens and the natural history museum. 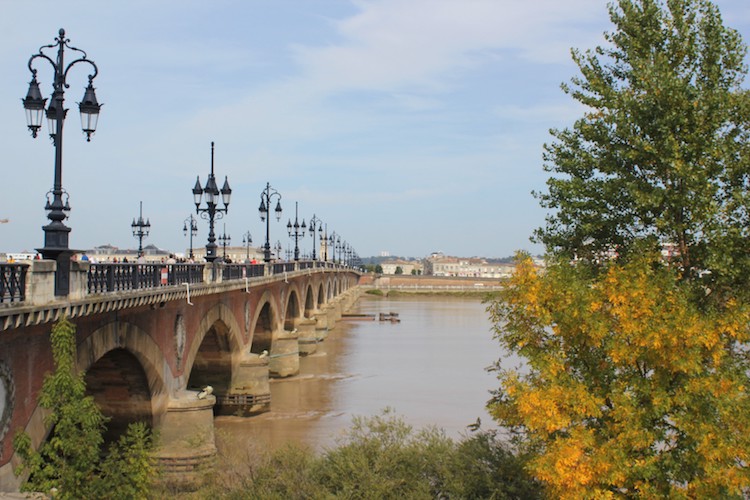 Of course, let’s not forget the Grosse Cloche, a gate featuring a huge clock that dates back to the Middle Ages, the Basique Saint Seurin, a World Heritage Site that used to be a stop for pilgrims on the way to Santiago de compostela, the Palais Galien, an amphitheatre that is the only remaining vestige of the Roman era in Bordeaux, or the iconic Pont de Pierre (pictured above), a stone bridge graced with 17 graceful arches that spans the Garonne River. They all bear testimony to the city’s glorious past; a past that is being celebrated at the Musée d’Aquitaine, a wonderful museum that explains the history of Bordeaux from prehistoric times to the present day. A monument to Montaigne, the famed local philosopher, used to stand at the entrance and people would touch the statue’s foot in order to “absorb” the wisdom of the great man. Nowadays, the museum is not afraid to tackle all aspects of the city’s rich past, even the darkest ones – many rooms and temporary exhibits are dedicated to Bordeaux’s involvement in the slave trade. 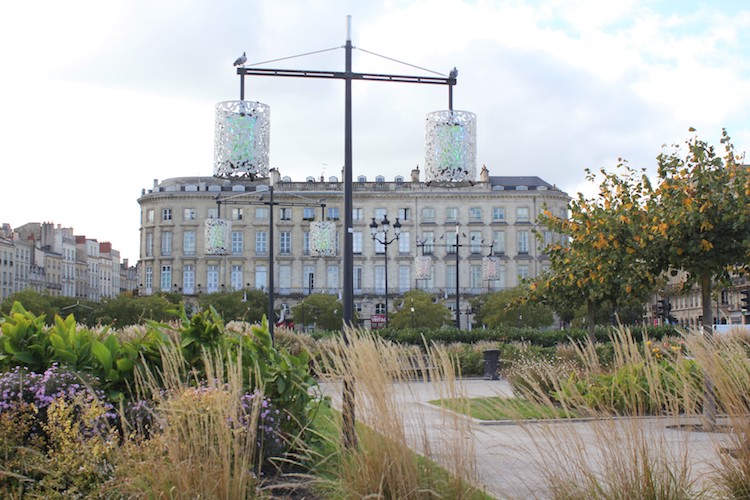 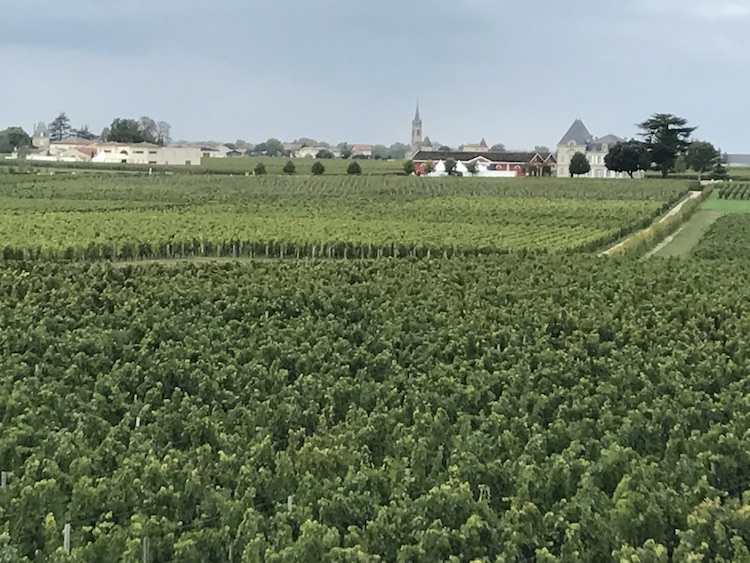 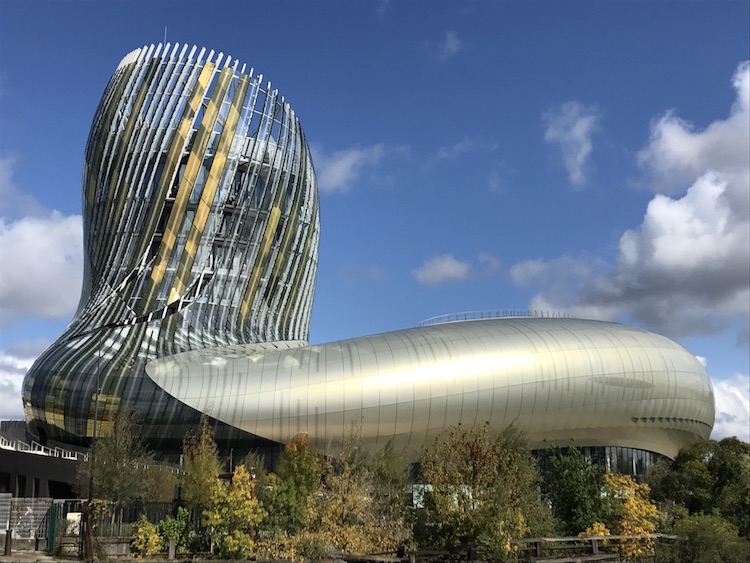 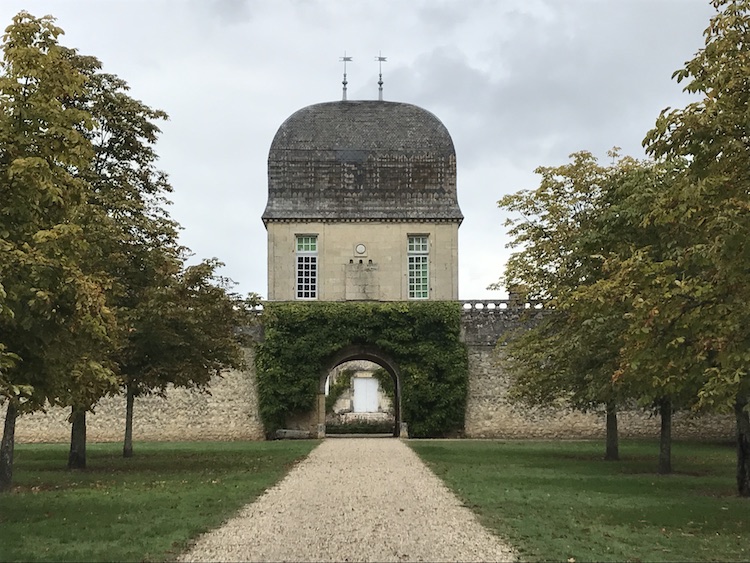 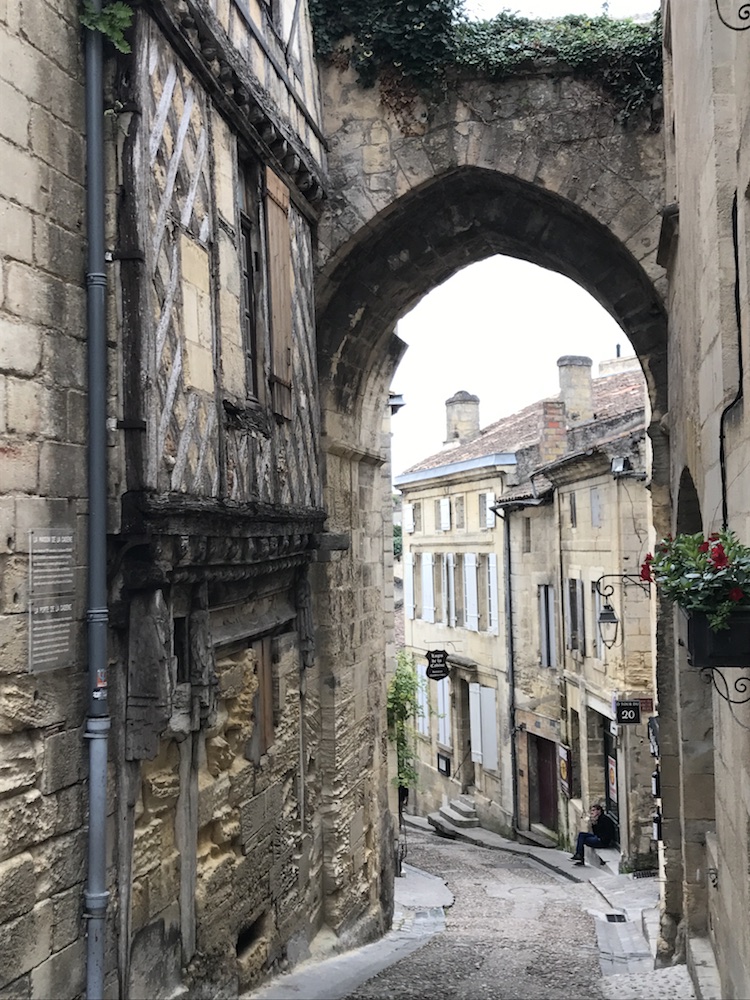 But the city is also avidly looking forward to the future and one of the best examples of its modernism is the recently opened Cité du Vin. According to his director, this impressive modern monument was designed to host “not a museum, or a winery, or a fair, but a true city of wine with a world of cultures – just as the name says.” Not surprising considering that for many people around the world, Bordeaux IS the wine capital of the world and a visit to the city would definitely not be complete without a foray into the nearby vineyards. From Pomerol and Medoc, to Saint-Émilion and Château Margot, wandering through the region does not only provides for a gustative delight, it is also a wonderful occasion to discover quaint villages, beautiful scenery, and gorgeous estates.

However, nature lovers will also want to take a short drive to the Atlantic ocean to climb the Dune du Pilat, the highest sand dunes in Europe and a stunning natural wonder that offers an amazing panorama over the Arcachon Bay. 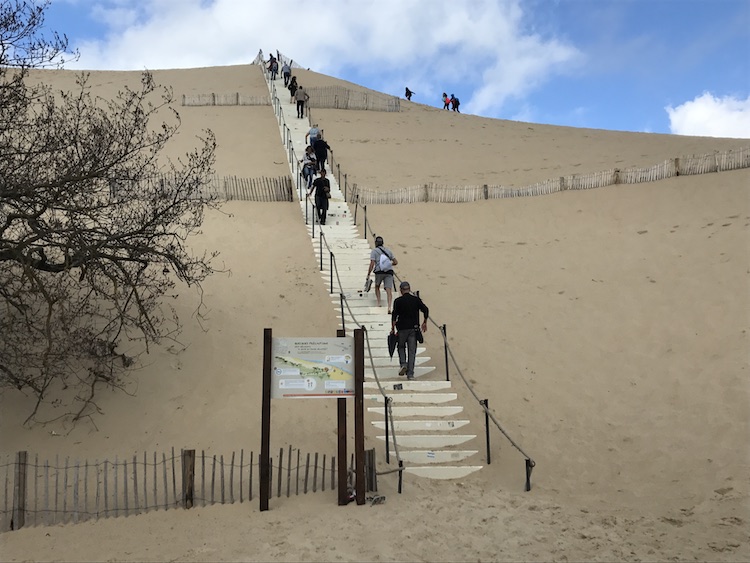 Whether you stay for a week or just a few days, strolling through the graceful streets of Bordeaux will not disappoint you. You will eat well, drink delicious wines, have a delightful time and fall under the spell of one of France’s most charming cities. After all, as Queen Elizabeth said during her latest visit to the city “Bordeaux is the essence of elegance”.