You may be familiar with the Salle Garnier in the Opéra de Monte-Carlo, but the influence of this famous architect also stretches into Italy.

Bordighera is a lovely coastal holiday resort, with a wide range of facilities on offer to the visitior and resident alike. With the inauguration of the railway in the late nineteenth century, and Queen Margherita di Savoia wintering there, Bordighera expanded from being a little village and landing spot for fishermen, to an elegant residential area, where mansions and villas were built in eclectic styles, surrounded by beautiful gardens and parks.

The favourable position of the town, protected to the north by a chain of hills, exposed to the south along the sea, guarantees a steady temperature throughout the year, and long hours of sunshine.

Bordighera’s reputation as a peaceful and relaxing resort also appealed to Charles Garnier, the famous French architect, designer of the Casino in Monte-Carlo, the Nice Observatory, and the Paris Opera, who had a residence here.

The unmistakable shape of its tower (see lead image) strikes the visitor arriving in Bordighera, standing out high above the coast, and surrounded by the lovely park designed and built by Garnier.

There are numerous examples of his work in Bordighera, including the Villa Bischoffsheim (now Villa Etelinda), the Town Hall (pictured below), the church of Terrasanta and Villa Studio, located adjacent to the Villa Garnier.

Garnier himself had two sons, the first unfortunately dying at the age of two. His second son, Nino, a young and intelligent man, made the gardens into a desirable destination for visitors from all over the world, with the help of Ludwig Winter. Sadly, Nino also died young, falling victim to the ravages of tuberculosis at the age of 26. The gardens are beautifully offset by the surrounding gulf and small harbour of Bordighera. 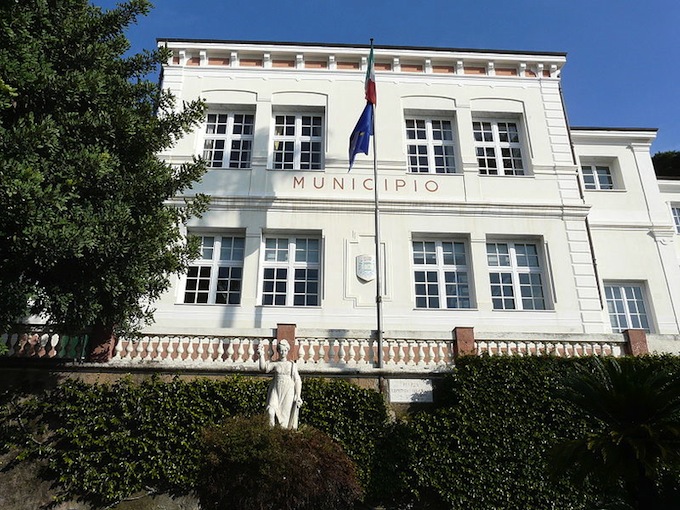 The Villa itself is open to the paying public, but is now the residence of the Congregation of the Nuns of Aosta. Among the attractions here are a number of frescos, one of which was recently restored, giving an idea of what the area was like back in Garnier’s time.

So next time you marvel at the wonders of the Salle Garnier in Monte-Carlo, consider taking a short trip across the border to Bordighera, and experience the genius of Garnier for yourself, Italian style!