We bring you our guide to discovering a cinematic city whose bridges, museums and buildings inspired film directors from all over the world.

The French capital has been immortalised in hundreds of films. From the beautiful Place du Trocadéro to the bohemian Quartier Latin, the streets of Paris offer stories all along its twenty arrondissements.

This is probably the most photographed bookstore in the world and it has been chosen as a film setting for great titles such as Midnight in Paris (2011) and Before Sunset (2004) – Do you remember when Celine and Jesse met for the first time after their initial encounter nine years before? This independent bookstore was founded by American expatriate George Whitman and today it´s in the hands of Sylvia Beach Whitman, his only child. Shakespeare & Co. (37, Rue de la Bûcherie), is the perfect place to understand the connection between Paris and literature. 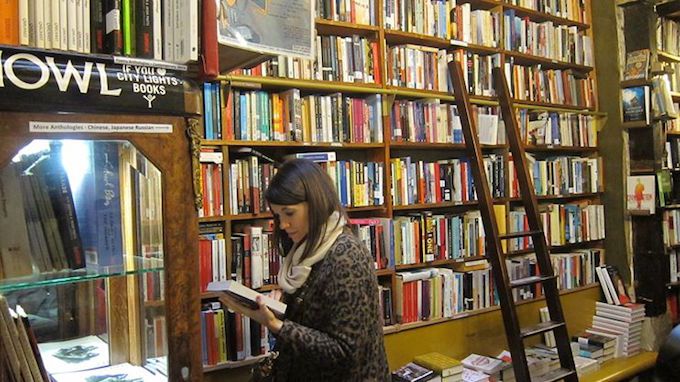 It literally means “the new bridge”, but in fact the Pont Neuf is the oldest standing bridge across the river Seine. This was the setting chosen by film director Leos Carax for love drama Les Amants du Pont Neuf (1991), which tells the story between a street artist (Juliette Binoche) and a young homeless man (Denis Lavant). For those thinking about visiting this famous location, remember the bridge has some stairs which connects to the Île de la Cité.

This natural island in the middle of the river Seine is exactly the of the city and the location where the medieval town was refounded. The charm of the banks at the Île de la Cité has attracted a great number of film directors over the years. One of them was the great Woody Allen, who in 2011 decided to travel to the French capital to shoot Midnight in Paris. Who doesn´t remember the romantic walks of Gil and Adriana along the Quai des Orfèvres? 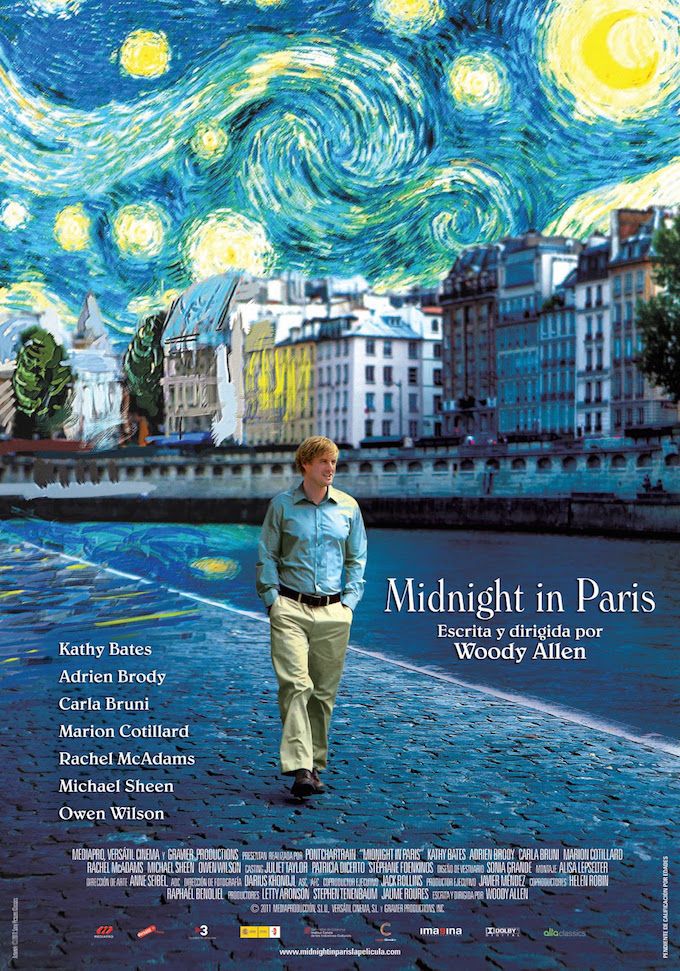 Paris is a river town and a good example is the Canal Saint-Martin, a bohemian neighbourhood in northeast Paris. This place was chosen by French film director, Jean Pierre Jeunet to shoot the sweet Amelie Poulain whilst throwing stones into the water. It was 2001 and by that time we all started to feel attracted by the 10th district of the French capital. Today the Canal Saint-Martin offers endless nights thanks to a great atmosphere that goes from La Villette to La Place de la République. If you are looking for chic bars and appetizing little bistros this is your place! The canal is also shown in the 1938 film Hôtel du Nord, directed by Marcel Carné.

This vibrant working class neighbourhood inspired some film makers like Sylvain Chomet and Jacques Becker, among others. Based on a hill, the Belleville area (“beautiful town”) was also Edith Piaf’s birthplace and today we can confirm it’s the most colourful and multi-ethnic district in the French capital.

These streets have also been the setting for movies like The Bourne Identity (2002), in which Matt Damon surprised us by driving a red Mini Cooper down the steps of the narrow Passage Plantin. For those wondering about this hidden film location, just walk along the rue des Couronnes and you will be sure to find it.

Residing in the 18th district of the city, this beautiful and lively quartier used to be an independent village in the past. Today Montmartre attracts hundreds of tourists at any time of the year. If there is a film that make us transport ourselves into these narrow roads, that´s Le Fabuleux Destin d’ Amelie Poulain (2001). Thanks to Jean Pierre Jeunet, spectators can learn a bit more about this quartier, its bistros, its cafes (Café des Deux Moulins) and its little markets like the Marché de la Butte, which is actually featured in the film. Not too far from these scenarios, travellers can visit the most famous cabaret in town, the Moulin Rouge – it also inspired Moulin Rouge! (2001), a love story of an English writer and the terminally-ill star of the cabaret. The question is: Who doesn´t love Montmartre? 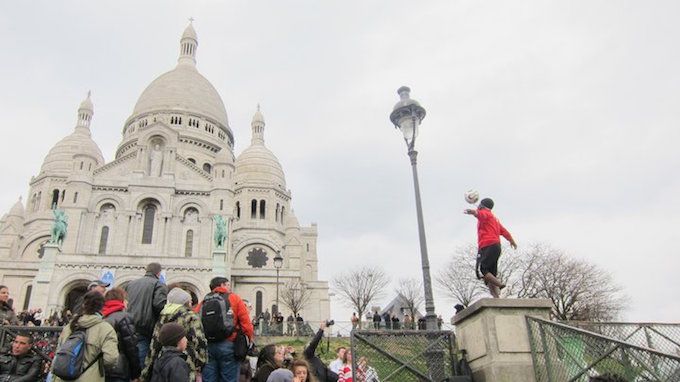 Last but not least, the Place du Trocadéro is an eternal movie set in the history of cinema. Just by the Palais de Chaillot, the old Cinémathèque Française was the location chosen by Bertolucci when filming The Dreamers (2003), a story based on the student riots in 1968. But this is not the only movie in which spectators can enjoy views of this charming Parisian location. In 2006, eighteen film directors from all around the world joined the collection of vignettes Paris Je T’aime. One of them takes place just here and tells the story of two mimes who fall in love.

Coinciding with the annual French Film Festival in the UK, Paris based filmmakers, Paco Zamora and Fran Viña, made this video in collaboration with Expedia. #Filmtripping invites you to explore those Parisian locations that you’re sure to recognise…