The pays de cocagne in the Midi-Pyrénées, rich in culture, history and landscapes, is truly one of the most beautiful areas to visit in France.

Today the pays de cocagne, formed by the “golden triangle” of Toulouse, Carcassonne and Albi, is an expression that the French use meaning “land of plenty”, but many are not aware that its origins lie with the country’s ancient pastel trade.

During the Renaissance, Toulouse, the region’s capital, was one of the richest cities in France due to the sale of a unique blue colour made from pastel plants. They flourished on the soil of the pays de cocagne, which was so called as during the development process the plant’s leaves were formed into a ball, called the coques.

Toulouse earned its nickname “the pink city” or “la ville rose” because of its distinctive red brick architecture, and many of these exquisite buildings were mansions or hôtels built by wealthy pastel merchants. 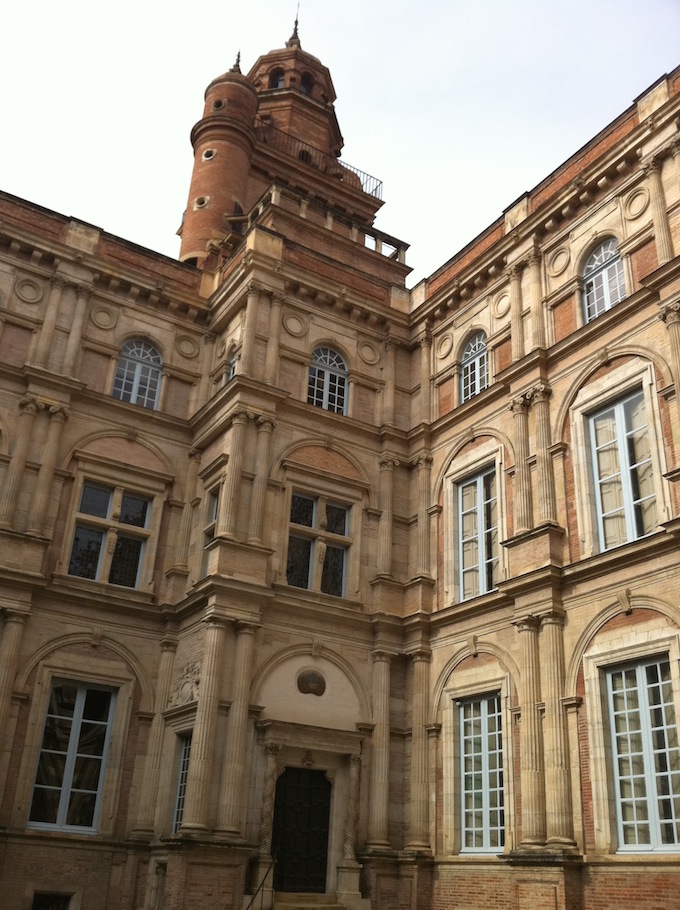 A good example is found at Place d’Assezat (pictured above), which is a short walk from the Place du Capitole where the heart of the city lies with its impressive town hall and vibrant café culture.

And, with its student and professional population – it has a thriving university and aerospace industry – it offers a sublime mixture of trendy haunts, chic boutiques and wine bars.

Just an hour north-east of Toulouse up the highway is Albi (see lead image), which was classified as a UNESCO World Heritage site in July 2010. Known as the Episcopal City, as it is formed around two medieval fortresses, its history is strongly connected to the pastel trade.

Noticeable aspects of Albi’s architecture among the cobblestone streets include buildings with open-air attics, or soleilhou, where the shells of the pastel plants were dried. The mesmerising red brick cathédral Sainte-Cécile (pictured below), which was constructed in the 13th century, is a spectacular sight. 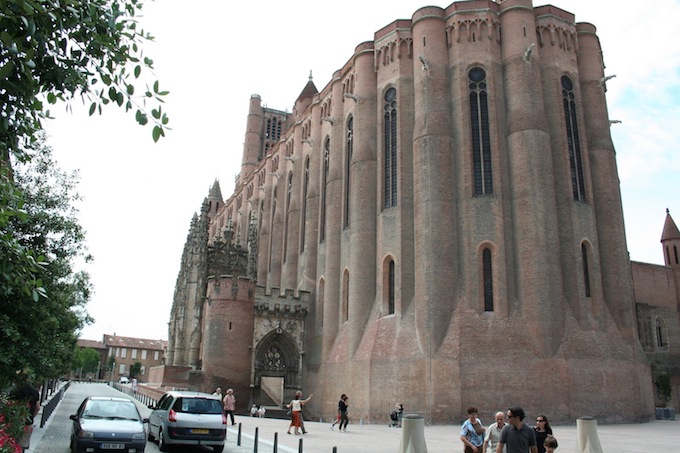 And with four medieval districts, plus an ancient bridge that was built in 1040 to explore, this quiet city offers street after street of architectural beauty and French history.

Directly south of Albi, around 165km away, lies another UNESCO World Heritage site: Carcassonne. La Cité, the city’s fortified old town, is steeped in history and charm. From its ramparts, through the winding streets to its heart at the Château Comtal, this fairy tale city is one of the most visited in France, with three million people flocking to it each year.

Magical, breath-taking and unforgettable could be three words used to describe a visit to this unique city, with highlights including the Basilique Saint-Nazaire church and the lively terraces in Place Marcou, which provide a huge selection of cafés and restaurants.

Modern Carcassonne offers a different vibe, but often hosts music shows and events during the summer that attract a diverse mix of people, from opera to hip hop fans. It is also right at the centre of a major wine-growing region and on the Canal du Midi (it continues on from Toulouse), which is another UNESCO World Heritage site. But for those who just want to shop, some choice boutiques can be found off the Place Carnot where the weekly food market is held.

Getting to the pays de cocagne couldn’t be easier. It is served by Toulouse and Carcassonne airports, and those cities are also on the TGV route, which means a trip from London or Paris can be taken in no time.