The good news: one of France’s coolest companies has its HQ on the Côte d’Azur. The even better news: they are hiring international staff.

Most everyone in the French workforce, especially those who haven’t been born and groomed in France, has a woeful tale to tell about large companies and their immensely slow and overly complex processes in this country. Cartesian bureaucracy rules, much to the frustration of many foreigners who are used to a more pragmatic approach of doing things. This is true for many employers – but there is a notable exception to the rule: Thales Alenia Space.

Maybe a broader view of the world is in the company DNA because Thales Alenia Space is born from an international joint venture between Thales (France) and Leonardo (Italy), and today is present across Europe with offices in the UK, Spain, Belgium, Germany, and Switzerland…. Or maybe it’s because they look at the world at large from their bird’s eye perspective as a space engineering company. In any case, you feel this breath of fresh air the moment you get there. Sure, the nature of its business requires a high degree of security. But literally everyone around is friendly, smiling, welcoming, and relaxed. And the staff you talk to, on and off campus, is passionate, excited, and motivated. So very…. unFrench. You almost feel transported to a Californian corporate campus. We were intrigued and wanted to know more about this sexy company in our own backyard – in Cannes La Bocca – that employs a staff of 2,200. 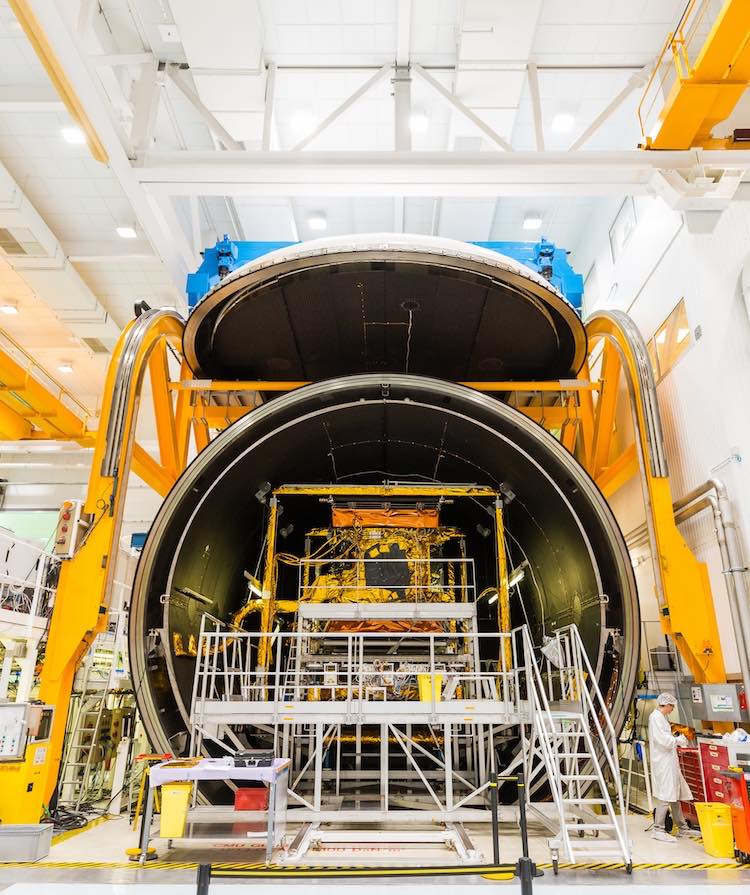 Introductory facts first: For more than 40 years now, Thales Alenia Space has designed, integrated, tested, operated, and delivered innovative space systems. Its cutting-edge products and services are made for commercial and government customers from around the world, spanning the space, defense, science, and security markets. Its satellites are monitoring our environment and oceans to better understand climate change and support scientific research, and its payloads are one of the main suppliers of the International Space Station, and a pivotal player in systems to explore our Universe. With consolidated revenues of about 2.4 billion euros in 2016 and approximately 8,000 employees in nine countries, the company is a heavyweight in the space industry. Did we mention they are also the folks who spearheaded the spectacular ExoMars exploration project?

Cannes’ mayor David Lisnard is well aware of the immense contribution Thales Alenia Space makes to the economy and reputation of the area, and throws his full support behind it. “Cannes is a city of stars in more than just one sense…not just the ones on screen, but also the ones in space. It is, in fact, already the second most important city of space technology in France, and I am committed to making it a global space science leader. The ExoMars project is scientific, industrial, AND Cannois, and I am extremely proud of the talent we have here in this region,” he stated in an October 2016 press conference on the Mars mission.

Things have always gone well at Thales Alenia Space but the company realized that it was time to diversify its diverse workforce to meet the company’s objectives for a truly European footprint. And came up with a plan that Human Resources Director Béatrice Bretegnier promptly put into action. One of the key objectives: stop cloning the stereotypical “French engineer” coming from one of the Grandes Écoles (top tier universities), and bank on diversity instead. This means, focusing on two primary axes: increase the percentage of women scientists and engineers, and increase the percentage of international staff, especially British. Along with that, a good intergenerational age mix is also important.

This was in 2016, and the results to date are encouraging. “Integrating these newcomers has gone very well, the new hires have really enriched our culture,” Mme. Bretegnier says. “We have moved from a traditional ‘French’ company to a truly international corporation. Of course there are always considerations to be made, notably the linguistic barrier. We were not initially prepared for it but we quickly realized that without a certain basic level of French, neither the longtime staff nor the new hires would be happy, and we reacted quickly. We now insist that foreign staff either already know some French or attend the language immersion class we offer.” The company also invests in other ways to make both local and foreign workers feel comfortable. There are cultural sensitization programs in both directions, breakfast meetings headed by the foreign crowd, or playful “intercultural clichés” games, to name but a few activities. 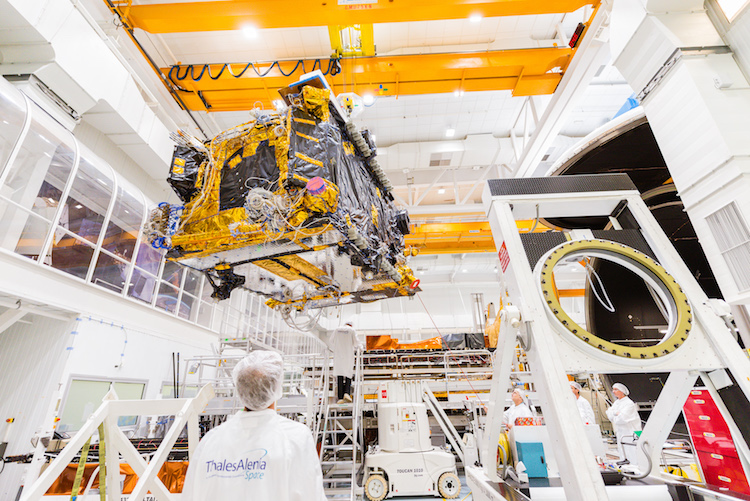 Overall, French managers are quite accepting of their international staffers, although they may on occasion be stumped by their free-wheeling behavior. “I remember the first time I met this guy from Belgium. A fantastic candidate with a terrific CV. One of my colleagues had had an initial chat with him and introduced me to him. And he greeted me with a chipper ‘Salut!’ – the French equivalent of ‘hey there, howyadoin?’ I was a bit taken aback about this lack of formality on a first meeting, but I picked up quickly on the fact that this unorthodox behavior did not mean that he was not an excellent prospect. I am so glad we hired him anyway because he turned out to be a truly valuable team member who we would not want to have missed out on,” says Béatrice Bretegnier.

So should we imagine Thales Alenia Space to be run like a company in start-up mode? Absolutely not! There are rules in place, which are indispensable for the smooth functioning of a large international enterprise. But other than that, it is the quintessential Work Hard, Play Hard company. There is no Casual Friday but Casual Everyday, to the pleasant surprise of many a new international hiree who arrives with a certain idea of the formal “French Way” in mind. In another deviation from French norms, the company offers incredible opportunities to socialize outside work…. there is, for example, the Réseau YES (Young Employees’ Social Network), there are athletic and cultural activities galore, or travel and holiday camps for employees’ kids – the list goes on and on. This, plus the quality of life on the French Riviera, what else could one ask for? 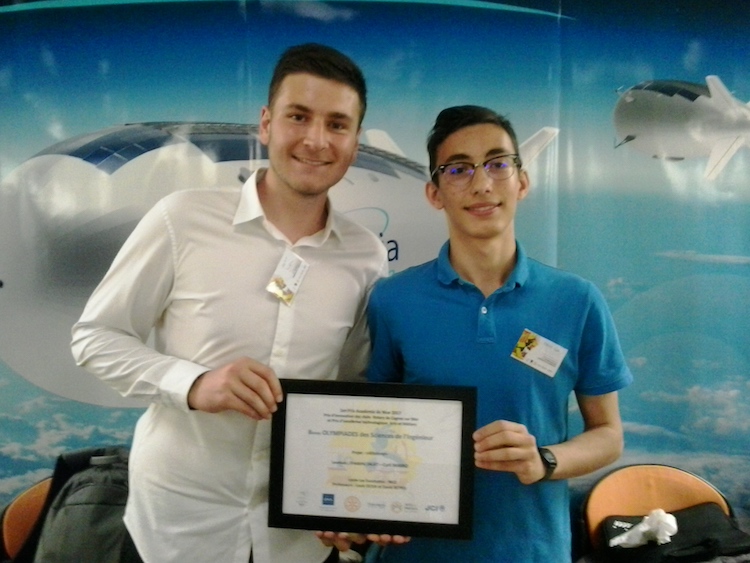 Highly dedicated to nurturing also the up and coming generation of engineers and scientists, Thales Alenia Space just hosted this year’s pre-finals of the French “Olympics” in the discipline, directed at high school students anywhere in the country. The finalists who will be representing the PACA region in Paris on May 17 come from Lycée des Eucalyptus in Nice. Their hydraulic solution for playground seesaws that allows children of different ages, and therefore weights, play with each other, was the jury favorite for its creativity and planning.

Actually, lots of great talent has already come through here over the years – the company even has bragging rights when it comes to the Hexagon’s most high-flying employee ever: none other than Thomas Pesquet, the French astronaut currently staffing the International Space Station in 400 km altitude, is a Thales Alenia Space alumnus. 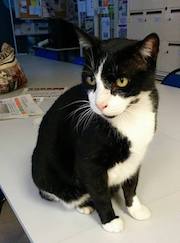 But not only space cadets find great jobs here… space cats do, too: Félix, the adorable black-and-white neighbourhood stray, is earning his keep by assuming important general management duties, such as overseeing the guards, ensuring a rodent-free environment, and acting as the official mascot …. and as the only cat worldwide employed in the services of a space company, he even has his own Facebook page.

If you have been waiting for the job of a lifetime, brush up your resume now, because companies around here don’t come much better than Thales Alenia Space, and this one is in fact always on the lookout for highly qualified scientific and engineering candidates!