Will the arrival of longer trams in Nice alleviate pressure on an already over-burdened transport system?

Commuters in Nice will notice that the trams may seem a little less crowded in the coming weeks and months. The reason for this is that Lignes d’Azur are introducing new, longer trams, which will comprise seven carriages, compared with the five that the city has been used to since the introduction of the system five years ago.

The new trams will measure in at 44 metres long, as opposed to the existing units, which are 33 metres long, and will be operational from November 2012. The longer trams will also be able to carry approximately 50% more passengers than their shorter counterpart. Of the 28 trams in circulation, 15 of these will be of the longer variety.

And fear not, the existing platforms will be able to cope with these extended trains, having been designed to allow for such developments. You will also notice that the electronic information boards on each platform will inform you as to whether the next trams are of the long or short variety. 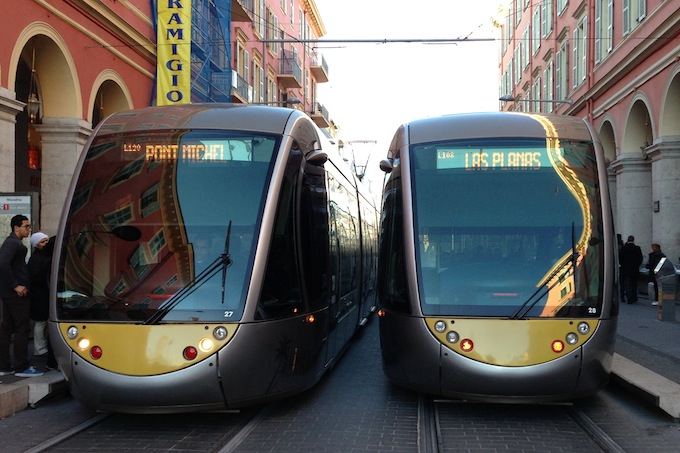 These new trams, identifiable by their yellow nose, come at a time when commuter traffic on the tramway Ligne 1 is reaching approximately 100,000 users per day, a 40% increase since the introduction of the system in 2007.