The poster for the 69th Festival de Cannes has been officially unveiled, featuring a still from Jean-Luc Godard’s film Contempt.

The 69th Cannes Film Festival takes place from 11th to 22nd May, and the official poster was unveiled to the public today, whetting our appetites for what promises to be another great showcase of film.

The new poster, according to the Festival de Cannes, has it all… “The steps, the sea, the horizon: a man’s ascent towards his dream, in a warm Mediterranean light that turns to gold. As an image it is reminiscent of a timeless quote used at the beginning of Contempt: ‘Cinema replaces our gaze with a world in harmony with our desires’.” 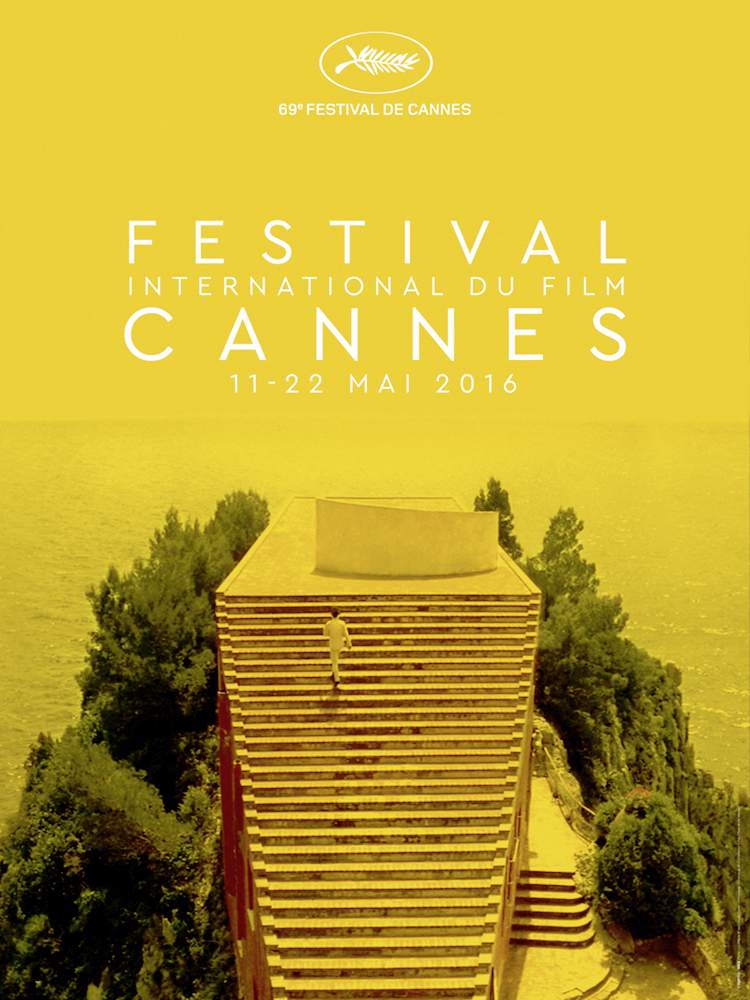 Contempt, released in 1963, starred Brigitte Bardot and Michel Piccoli, alongside legendary director Fritz Lang, and is regarded by many as one of the finest films ever made in CinemaScope. The choice of the still from the film for the 2016 poster is quite inspired, as the film is about the making of a film.

The poster for the 69th Festival de Cannes was designed by Hervé Chigioni in conjunction with graphic designer Gilles Frappier, and Philippe Savoir of Filifox is responsible for the 2016 visual identity.

The 2016 festival gets underway on Wednesday, 11th May, and is and presided over by Australian director George Miller.

The actor Laurent Lafitte will be Master of Ceremonies throughout the 69th Festival, hosting the Opening Ceremony on 11th May, and the prize giving during the Closing Ceremony on Sunday, 22nd May.