After having been missing for almost 6 months, the iconic cat of the no less iconic Blue Beach bar/restaurant on the Prom’ has finally been found

Good thing that cats have nine lives, because Niçois celebrity feline Titi has a habit of using up his allotment at a rather impressive rate. But none of his other misadventures has ever lasted as long as his latest one, which finally ended on Saturday, 23 June after almost 6 months of being AWOL. Titi had gone missing on December 31 last year, and despite massive mobilization on social media and a search campaign via posters all over town that his human Dad René Colomban, the owner of the emblematic Blue Beach restaurant, and staff, friends, and neighbours undertook, there was no trace of him until this weekend. A resident of an apartment building in rue de France, just steps from the Blue Beach, found Titi, quite the worse for wear, skinny, and with a broken leg. The cat must have spent the past six months roaming the gardens of the area, including during the long spell of particularly inclement weather earlier this year. When taken to the vet upon discovery and capture, Titi was quickly identified and returned to his rightful owner who is overjoyed to be reunited with his beloved pet. 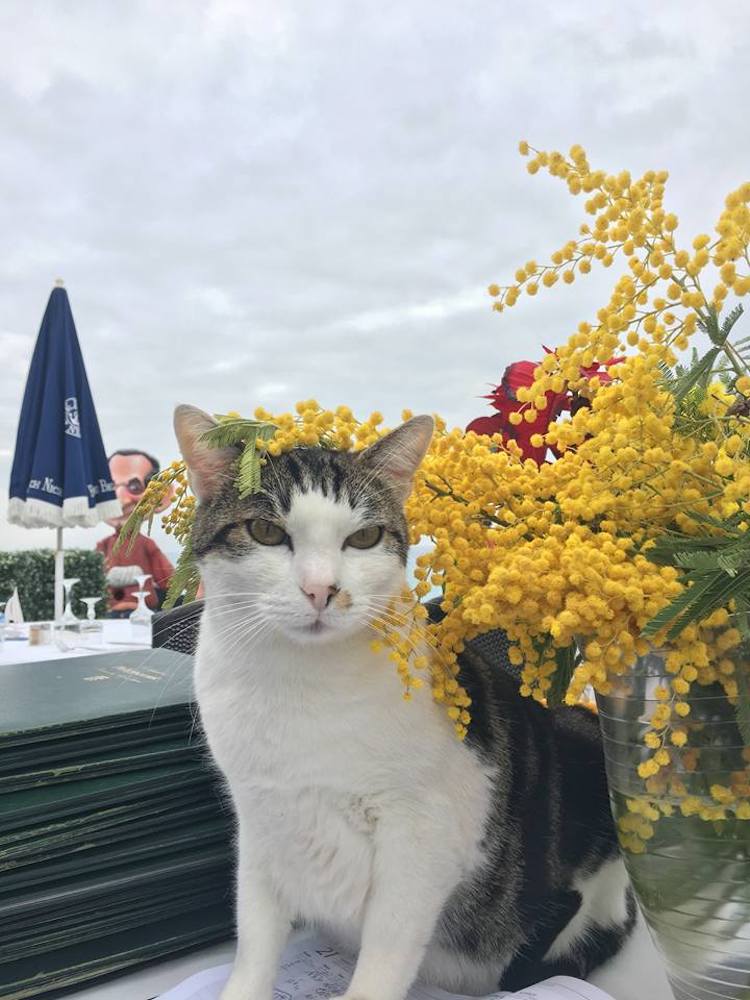 As the mascot of a beach bar as famous as the Blue Beach, the friendly furball is of course a celebrity in his own right and even has his own Facebook page. His owner, René Colomban, president of the National Federation of Beaches, is just as well-known and popular all over town. So unsurprisingly the entire neighbourhood got involved in the search. Search notices popped up in stores, on lamp posts and at vets’ offices, Facebook and Twitter posts were shared hundreds of times, and even local daily newspaper Nice Matin dedicated an article to the search for the missing feline. Neighbours alerted René to cats who had been seen in the area but turned out to only be doppelgangers. Some not-so-clever prankster even found it a good idea to give René false hope by calling the restaurant to say he had taken Titi home in his car with them to some remote town for beyond Nice, which only turned out to be a lousy “joke”. 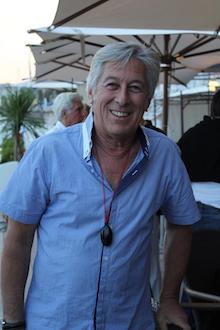 “This was not the first time Titi has disappeared. In fact, his story started out with him being found on the Blue Beach as a lost kitten a few years ago, and we took him in back then. Life on the beach agrees with him, and he feels very much at home there, but over time he vanished a couple more times,” René Colomban tells us about his wayward furry friend. “Several years ago, he somehow made it onto one of the neighbouring beaches and didn’t find back home, and a while later he was spooked by a barking dog, he ran off, only to be discovered days later in a storm drain on the Promenade des Anglais. Luckily, so far we had always been fortunate enough that attentive people would eventually locate and return him, but this time we really thought he was gone for good.”

But all is well that ends well, and the Blue Beach star is finally back home. In the coming days Titi will undergo surgery to have his fractured leg repaired, and then spend his well-deserved recovery on the beach, pampered comme il faut. Go pay him a visit, he’ll be glad to see you!

Apart from the happy end, there is also a valuable lesson in this story: in addition to having your pets sterilized (which you surely did, right?), please also have them microchipped so they can be identified quickly in case they get lost. And while René Colomban has done just that, he may also consider investing in a GPS collar, just in case his little furry friend has any future plans to explore life on the other side of the Prom’. 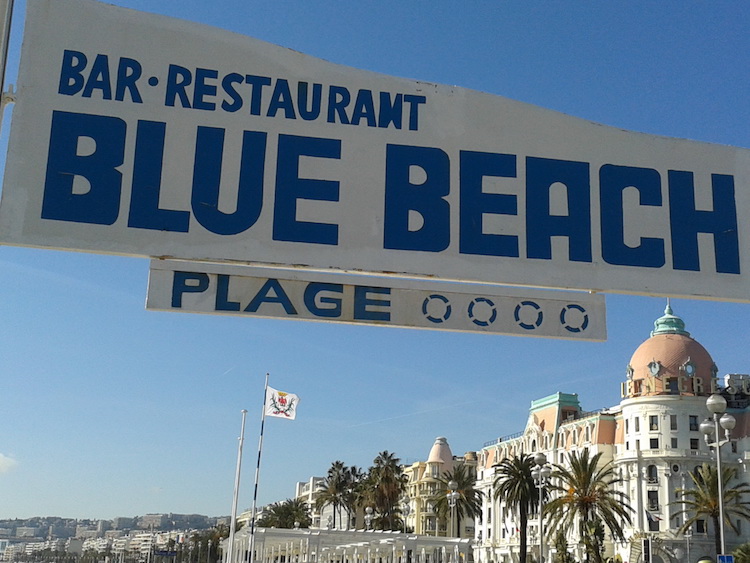