The sea has always been perceived ambivalently, as a mysterious and enigmatic element, of inexhaustible wealth, but also treacherous and full of danger.

In the Middle Ages, fear of the unknown lurking in the depths of the oceans was fuelled by stories of sea monsters, serving as material for many sleepless nights. In 1851 for example, ‘Moby Dick’ told of a vengeful captain who pursued a giant whale, while a new monster was created in 1975 with ‘Jaws’. But no monster and no tragedy could ever succeed in devaluing the sea as an oasis of maritime happiness – it exerts magical attraction.

Part of this attraction lies with Cetaceans (whales, dolphins, porpoises), and Sabina Airoldi (pictured below) from Bordighera has dedicated her professional life to them. In 1987, she joined the team of Giuseppe Notarbartolo di Sciara, a marine biologist and environmentalist who was the first ever to study marine mammals in Italian seas. 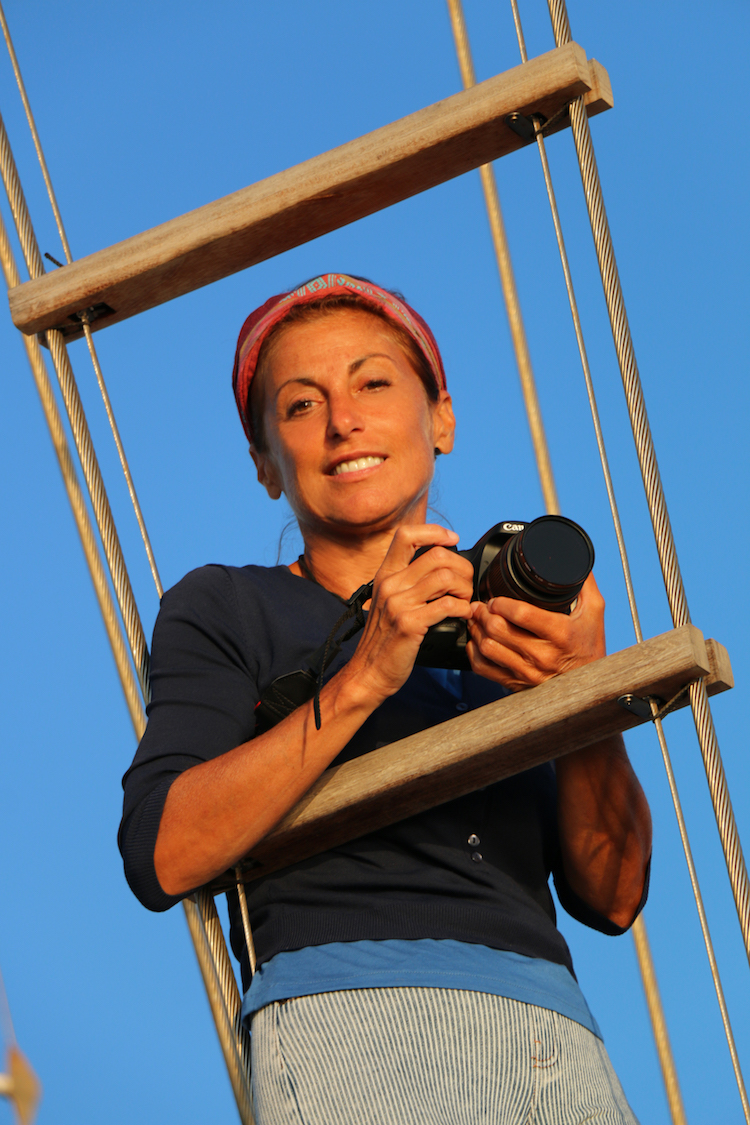 Notarbartolo founded Tethys in 1986, responsible for more than 600 scientific publications and the most important database on marine mammals in the Mediterranean.

Thanks to the Research Institute, Italy, France and the Principality of Monaco set up the world’s first cross border marine reserve ‘Pelagos’ in 1999, dedicated to cetaceans. The reserve stretches from the northern tip of Sardinia to Toulon, and across to the Tuscan Region in Italy. Measuring almost 90.000 square kilometres, the Pelagos Sanctuary is twice the size of Denmark.

Sabina Airoldi has been head of the Tethys research project and the citizen science programme in the Sanctuary for two decades now. 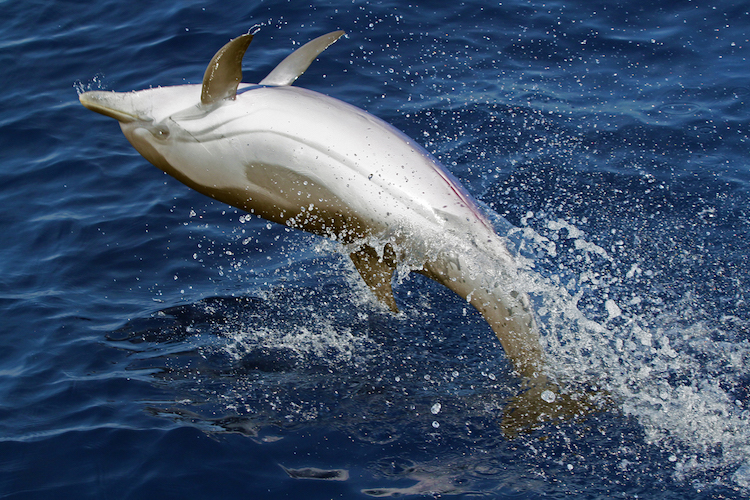 Another season of Tethys long-term projects at sea is coming to an end, and in the Pelagos Sanctuary this summer’s Cetacean Sanctuary Research project has had regular sightings of striped and bottlenose dolphins, fin and sperm whales and also a group of rare common dolphins. Many turtles and sea devils have also been sighted.

During the summer months the research boat ‘Pelagos’ was constantly in action in and around the protected area. The team successfully identified more than 500 fin whales in the pelagic waters, 160 sperm whales mostly in the deep canyons along the sloped area of the western part of the Sanctuary, and hundreds of other individuals species of cetaceans. 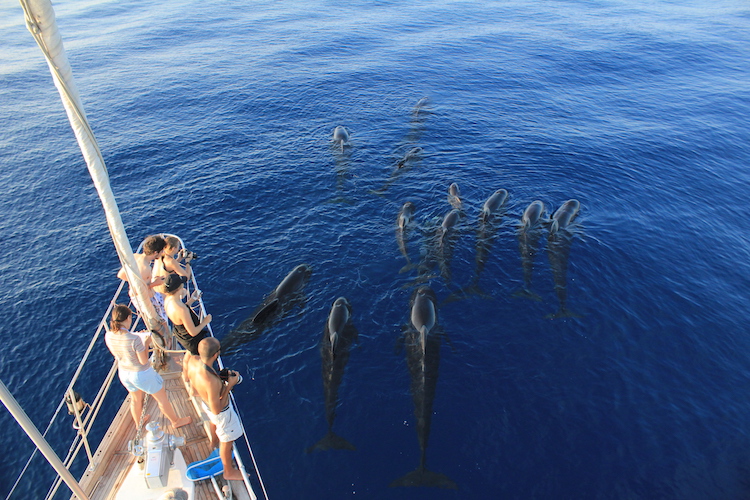 Engine noise is very disturbing for the highly sensitive whales, and of course the plastic that ends up in the oceans is a real danger for whales and dolphins – in the north of Sardinia, a pregnant sperm whale was washed up on shore with 22 kilos of plastic in its stomach. Dolphins and turtles also eat plastic, preventing proper nutrient absorption, which weakens their immune system and makes them susceptible to diseases and parasites, not to mention the microplastics that enters the human body through fish.

Whales are among the most representative species of the oceans: their conservation also means preserving the environment, which is ours too. 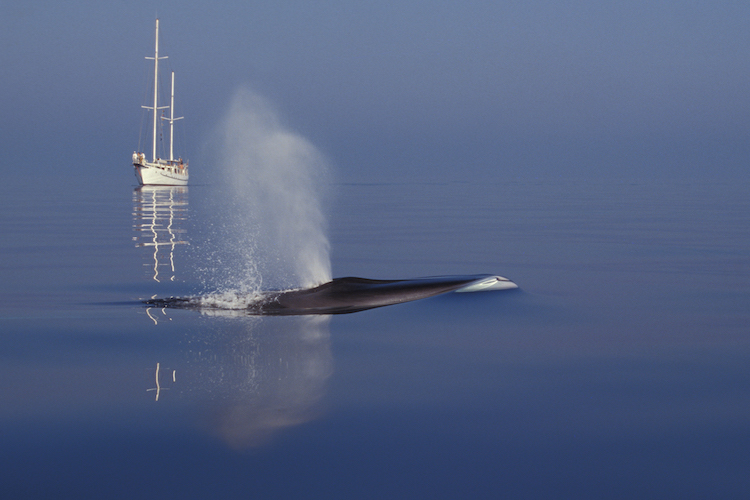 Join Tethys at sea or befriend a whale and support the research. You can really help as the work done by Tethys is exclusively aimed at the safeguarding  and conservation of these mammals.