A former ballet star with a remarkable career has traded his life on the top European stages for that of a street sweeper in Nice, and is loving it.

One of Dr. Martin Luther King Jr.’s most famous quotes said that “If a man is called to be a street sweeper, he should sweep streets even as Michelangelo painted, or Beethoven composed music, or Shakespeare wrote poetry. He should sweep streets so well that all the hosts of heaven and earth will pause to say, ‘Here lived a great street sweeper who did his job well.’” And had MLK had included Rudolf Nureyev in this list, he would not have been far off in describing Sándor Bitó.

Sándor Bitó is a street sweeper, and he does his job well, with great diligence and discipline. He polishes the streets of Nice, littered with trash, cigarette butts, and dog poop, to a gleaming bright shine. Not even the smallest morsel escapes him. But Sándor was not always a street sweeper. Just a little over a decade ago he was a “danseur étoile”, a principal dancer in renowned European ballet companies. The story behind this transformation is a remarkable one of a positive attitude, emotional intelligence, smart decisions, hard work, resilience, and humility. 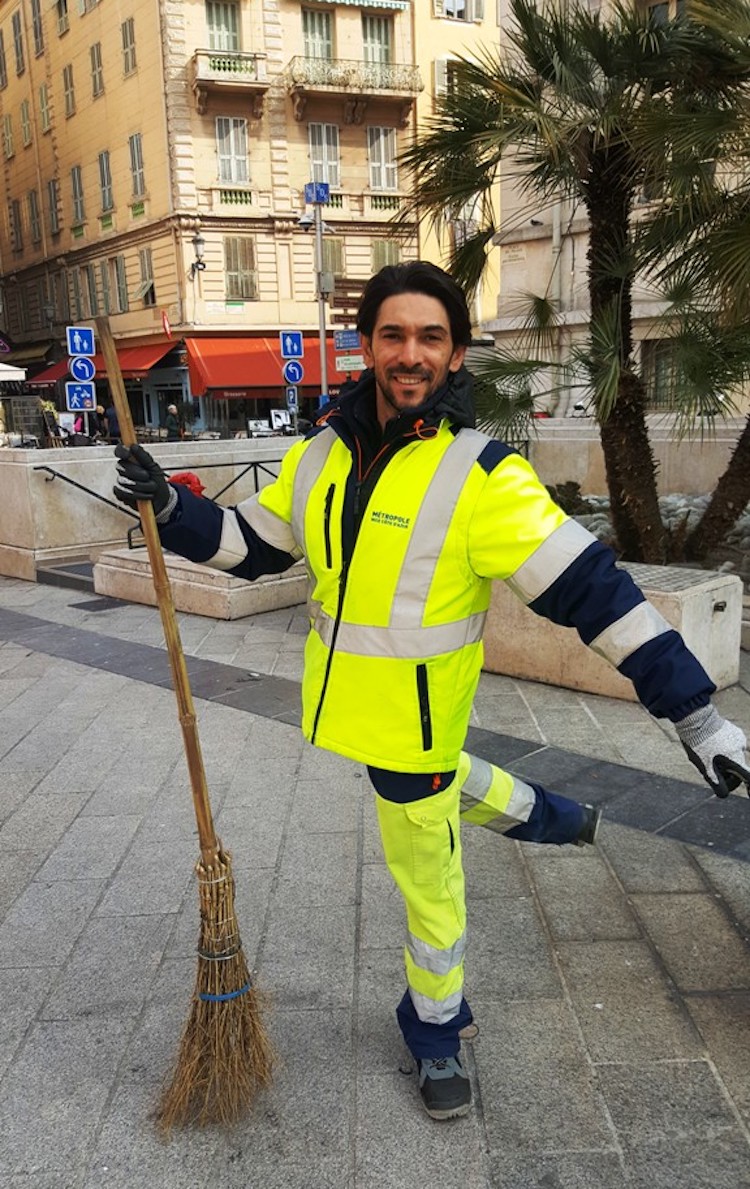 The first thing you notice as you see Sándor from afar, at work, are his graceful movements. The slender man in his yellow safety vest has a rare elegance in the way he walks, but strength in the way he directs his broom. That is the only giveaway to his previous career as the leading dancer in several European ballet companies. As you come closer, you’ll notice Sándor’s eyes. They smile, they… well, they dance, lit with the magical sparkle that says, “here is someone who is perfectly happy with his lot in life.”

What a curious constellation, one might think. But like most unique stories in life, this one takes you back a long, long way. And in this case, over to Budapest, Hungary. When Sándor’s mother was a little girl, she saw Tchaikosvky’s ballet The Nutcracker on stage. And even though she was not a stage mouse herself, she was so enthralled by principal dancer Viktor Rona’s performance that she told herself, “If I have a son one day, I want him to be a ballet dancer.”

Universe must have listened in because sure enough, she would later have a son – her only child in fact. She named him Sándor. But she never shared her cherished dream with him. Until one day, ten year old Sándor came home from school with an invitation in his pocket to join the Hungarian Opera’s ballet school as a talent… 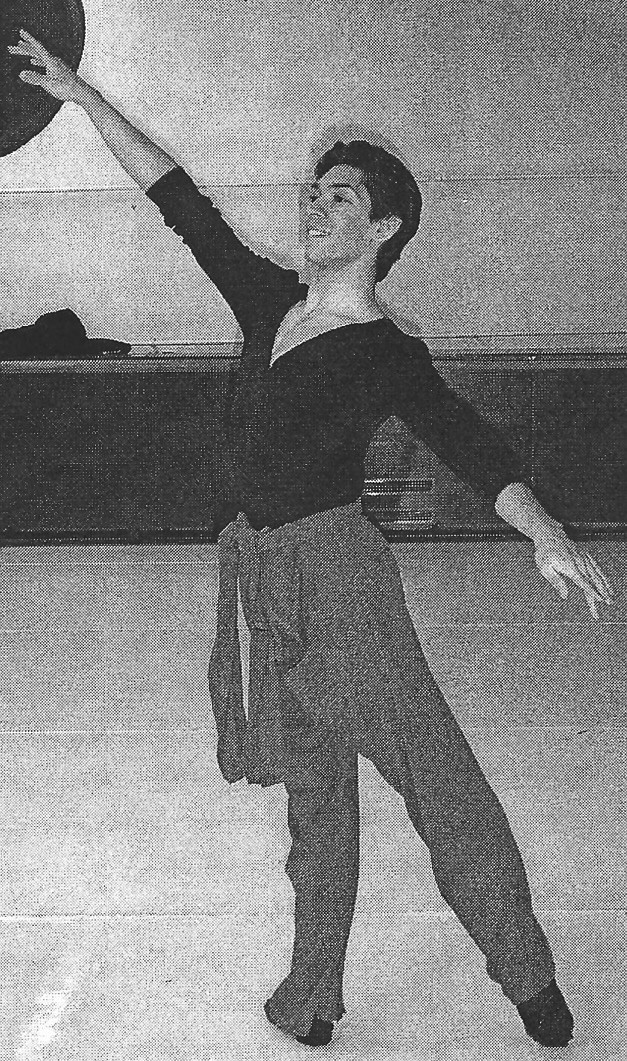 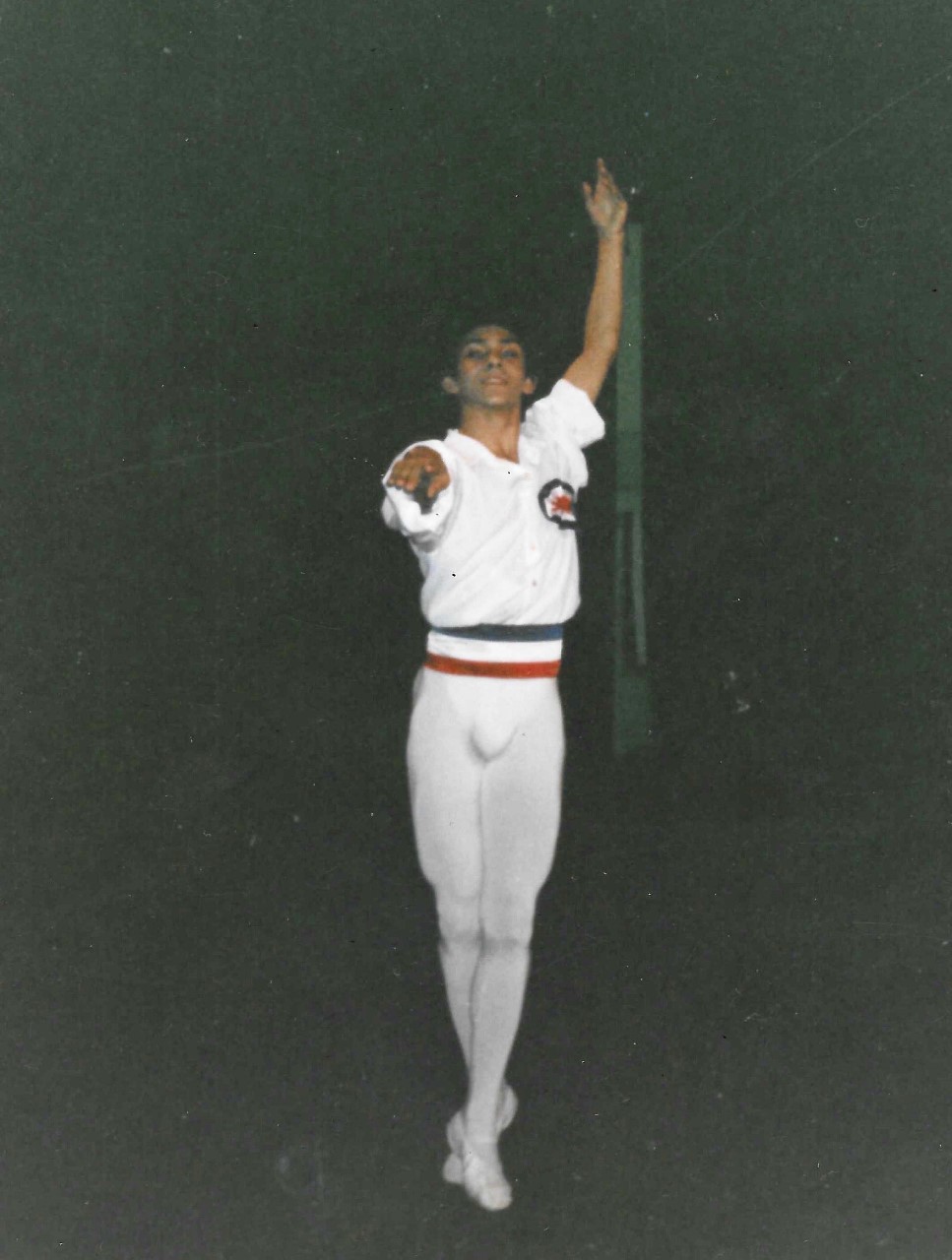 Driven by his mother’s dream but also his own perfectionism, he throws himself headlong into dance. “The first year was hard, I thought of giving up,” Sándor tells us. But he is a competitive person, not a quitter.

The busy and bustling world of opera pushes the introvert out of his comfort zone but he accepts the challenge, and soon he was completely comfortable with being on stage. He quickly emerges as a supreme talent, tackles increasingly sophisticated roles, and soon becomes the corps’ rising star.

The ten years with the Hungarian Opera turn him into one of the best young dancers in Europe, eventually earning him a one-year scholarship in London at age 21. Here, he also launches his professional career in a small company. “We worked and trained eight hours every day. That was incredibly intense and exhausting but London was also the most exciting time of my career because I learned so much.” And while doing all that hard work, he still learned flawless English. 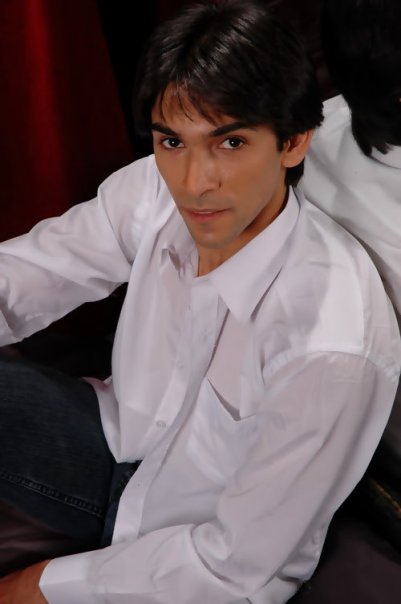 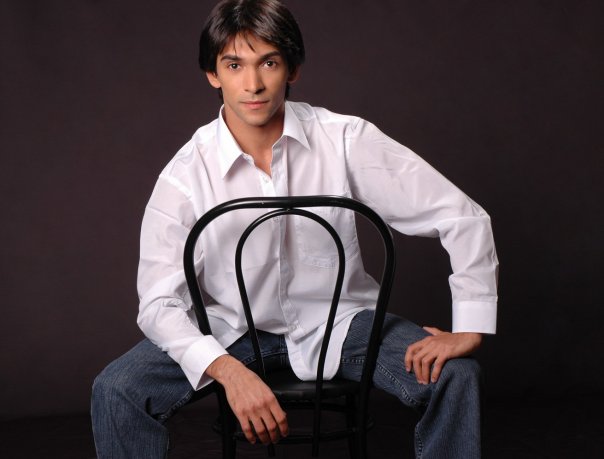 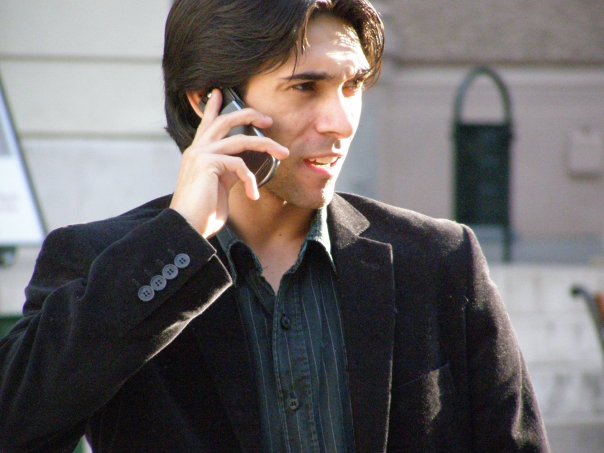 There is a difference between the rather athletic style of ballet taught in Hungary, and generally in Eastern countries, and the most artistic expression in the West, he explains. “Ballet may look so effortless but it is a high performance sport. To be constantly moving at a rather accelerated speed and to frequently lift your female partners overhead, you need a lot of stamina and physical strength.”

After his time in London Sándor returns to Budapest. But instead of joining the National Ballet which is waiting for him, he prefers to work with smaller companies which can offer him better and more diverse roles. He continues to make a name for himself as a soloist and principal dancer, performing all over Europe. “What would your mother have said if you hadn’t by chance developed a love for ballet or hadn’t had the talent?”, we ask him. His answer, delivered straight and dry but with a wink, “If I had told her I wanted to become a doctor, she would have been disappointed!” Over time, he danced his mother’s childhood favourite ballet, The Nutcracker, 400 times. But his personal favorite role remains Peter Pan, performing with 26 guest artists and 40 children – the big smile on his face says it all. And his versatility from classical to contemporary ballet serves him well.

Things are going well: at just 28 years old, he is the handsome star and principal dancer at the renowned Pécz Balett, Hungary’s second most important ballet after Budapest’s National. International tours and guest performances, a life filled with all the hard work but also the excitement and accoutrements of being a sought-after artist – that is the world that Sándor Bitó lives in.

And then, a knee injury and increasing joint pain puts a brutal stop to the glamour.

Sándor is faced with a difficult choice: Get surgery or get off the stage. He projects himself mentally ten years into the future – even if the knee damage is repaired, what will his life be like at 40, after the end of his stage career which by definition has a limited shelf life? There is always the possibility to work as a ballet teacher but he doesn’t feel the calling.

That means taking the final bow right then and there. At 29. Just like so, he is thrown from the limelight into the shadows. And rather than, “what can I do?”, the question in Sándor’s mind becomes, “how can I do it?”

A few years go by during which he tries to make ends meet with odd jobs but no matter how hard one works in post-communist Hungary, it’s hard to survive. He even needs to move back in with his mother who herself struggles financially. And then he becomes a father in 2016… 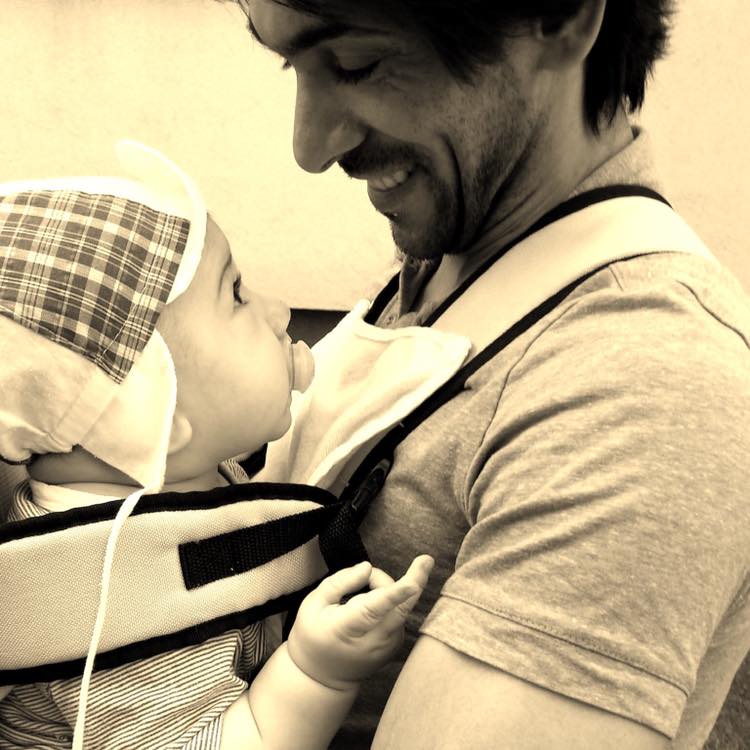 He decides that, in order to offer his son some material safety, he has to leave Hungary. He feels pulled to the Côte d’Azur with the turquoise Mediterranean Sea, the permanent blue sky and sunshine, and the opportunities that a democratic country like France offers… And on May 8, 2019 Sándor arrives in Nice with a backpack, a few photos, and 300 Euro in his pocket.

But it’s a very rough start. Homeless and hungry, he eventually knocks on the men’s shelter in rue Trachel, where he stays for almost 9 months. He has lost everything but his positive outlook and his will to do whatever it takes, and once again he sustains himself with small McDonald type jobs. A social worker takes him under her wings and then presents him with what Sándor calls “a golden opportunity”: the City of Nice is looking for street sweepers. Sándor applies, gets the job, and steps on his new stage – the area in Old Town Nice between Cours Saleya, the Opéra and the Court House – with all the flair he brought to his signature roles during his ballet years. And with the same rigor and discipline. 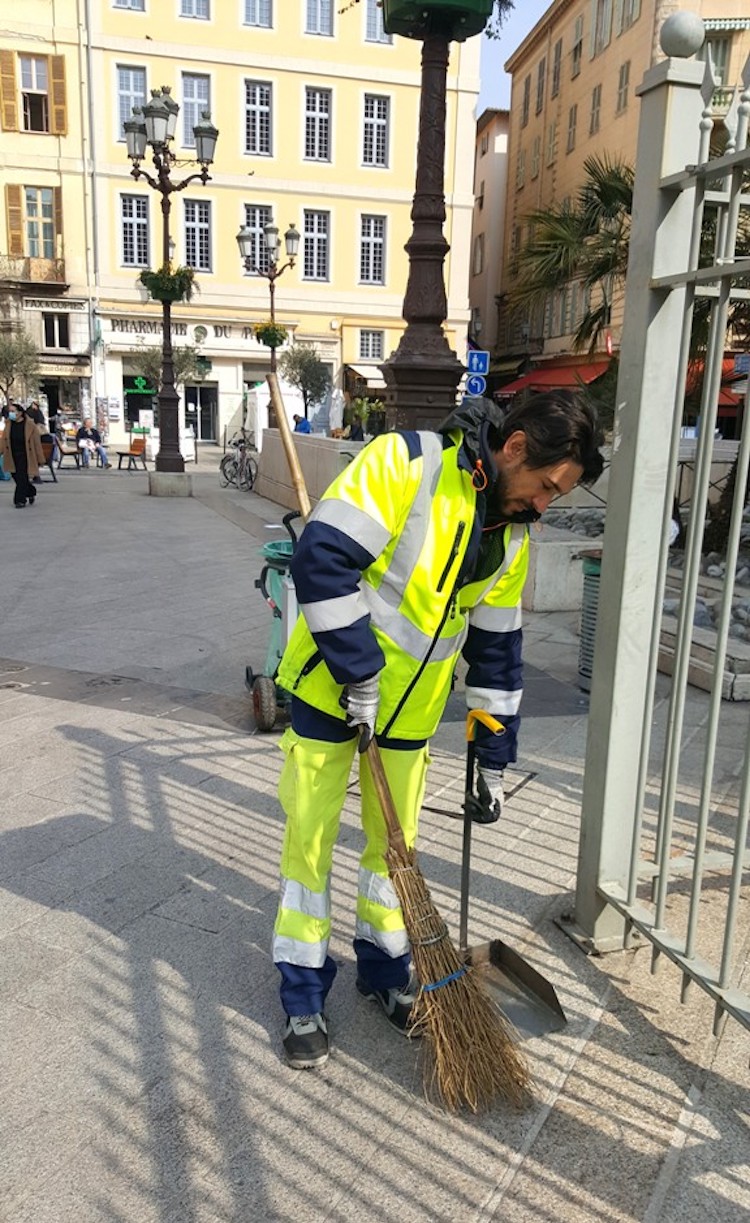 At age 40 now, and dancing with his broom instead of a ballerina, does he not miss his old glamorous life, does he not regret leaving it? “Absolutely not! I love what I do. I love being a Nobody. I am happier than all the rich people,” he says with the wide smile of someone who truly appreciates the new chance life has handed him on a silver platter. The look in his eyes is sincere, and there is that sparkle again that lights up his whole face.

And what is the best thing about this job? “Apart from the security? I work alone, and I can daydream while I work. Not about my old life though – I dream of the things I love doing now – arts, photography, painting, and reading.” And of Benjamin of course, his son, whom he would dearly love to bring to France soon so that he, too, can experience a life filled with opportunities, away from the gloom and lack of perspective of Hungary’s current society, and can learn to speak several languages like his father.

Someone with this kind of life surely must have some advice to share – and indeed, Sándor does: “Enjoy your life, it’s beautiful no matter what. Sometimes problems are just in your mind. You always have a choice between war and peace: choose peace.”

A beautiful encounter with a truly beautiful person. Next time you walk through Nice, keep your eyes open for that slender man in the yellow vest and the huge smile who might spontaneously break into the occasional arabesque or plié… because that’s what a dancer is born to do, no matter what. And if he earned his applause as an accomplished professional dancer in the past, he now deserves even greater respect for the inspiration and role model that he is. 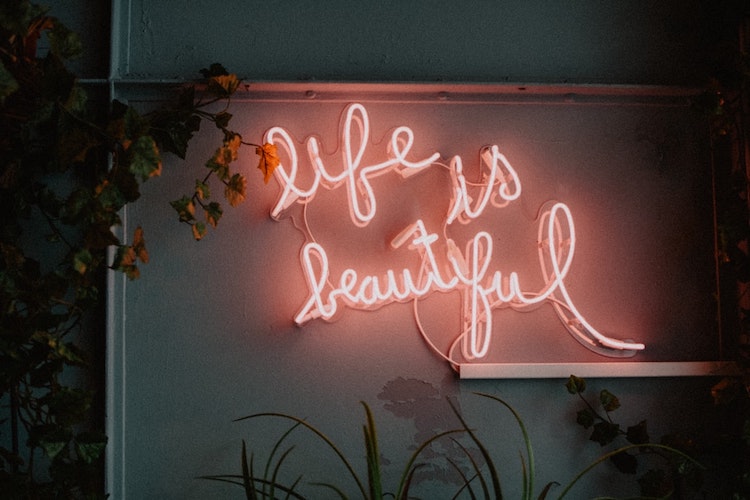