During a weeklong forum in honour of U.S. space agency NASA’s 60th anniversary, Monaco positions itself as a future key player in space science and exploration

November 22 is a momentous date in history. In 2018, it marked the 55th anniversary of President John F. Kennedy’s assassination. As every first-grader knows, it was JFK who just months into his presidency, in May 1961, announced that “we choose to go to the moon before the end of the decade”.

At that point, NASA was just three years old. Founded in 1958, the independent U.S. government agency oversees the civilian space program, as well as aeronautics and aerospace research. While the visionary American president would regrettably not witness the realization of his ambitious plan, NASA executed them true to the letter, and on July 20, 1969, Apollo 11 astronauts Neil Armstrong and Buzz Aldrin became the first humans to set foot on the moon. 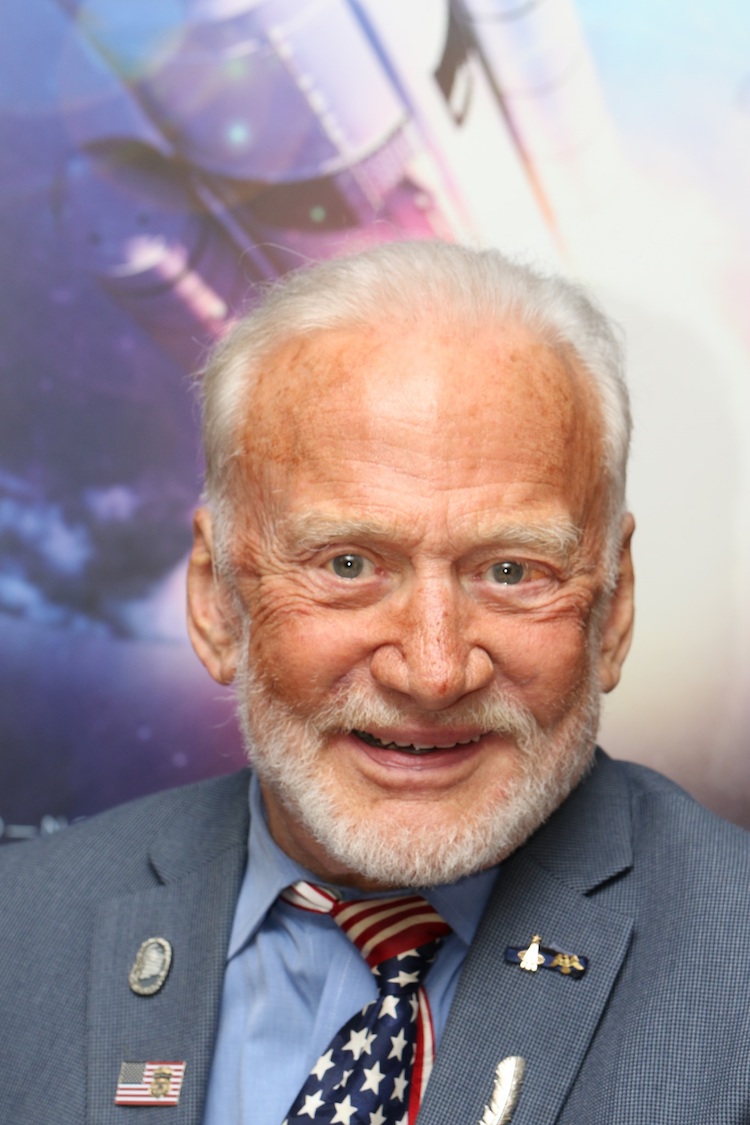 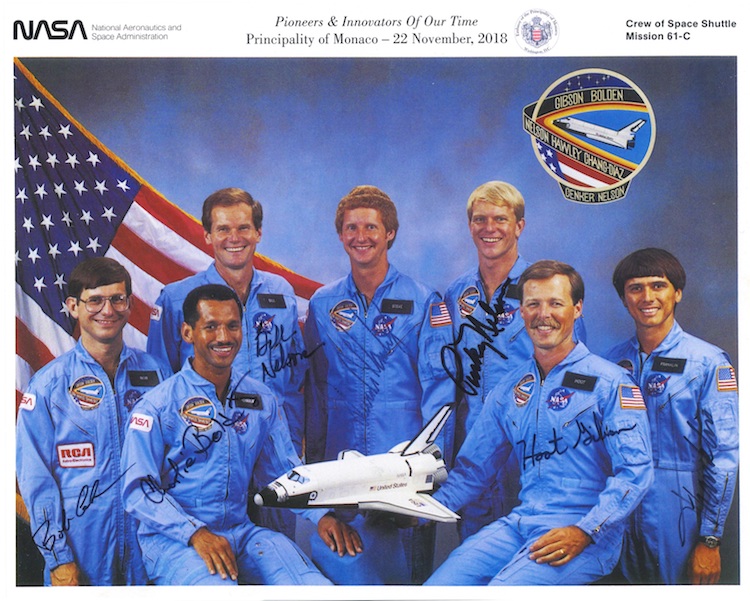 On November 22, 2018, Buzz Aldrin, still sprightly at age 88, and numerous other American and French astronauts – including the 1986 Columbia Space Shuttle crew – were the illustrious guests of honour welcomed to Monaco by HSH Prince Albert II to pay tribute to mankind’s most adventurous achievements, as well as the 60th anniversary of the space agency that has made them happen for decades. That the important American holiday of Thanksgiving was chosen for this major event, is more than a fluke of the calendar, but rather another symbol for the strong ties between President John F. Kennedy’s vision, NASA’s work, and Monaco’s commitment to both.

Contrasting the progress-adverse forces in the top echelons of the current U.S. administration, NASA pursues its mission of human exploration, technology and science. Whether back to the moon, or to Jupiter, Mars, or beyond, NASA engineers and the finest university researchers in America and across the world are developing new technologies to meet the challenges of advanced space exploration and try to find an answer to the age-old question, “Are we alone?” But unlike in the past, NASA will no longer be racing a competitor. Rather, it will build upon the community of industrial, international, and academic partnerships forged to create a habitat outside our planet, and also to improve living conditions for all on it. 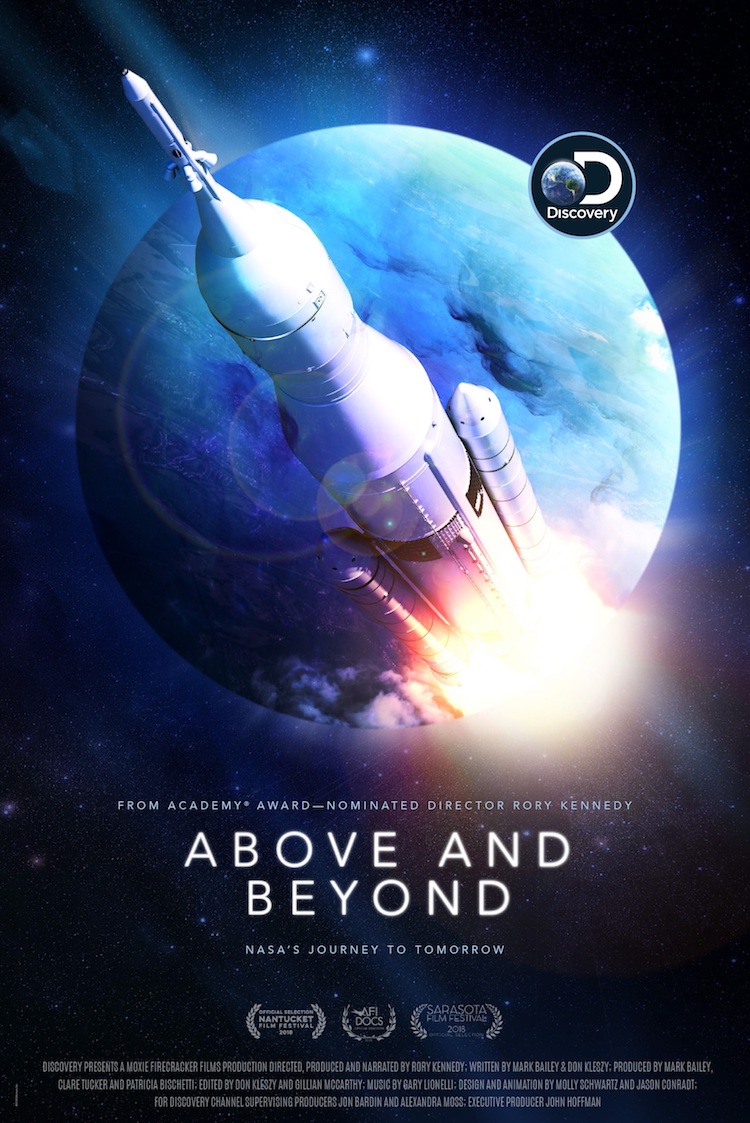 One of the highlights of the weeklong forum’s rich program: the premiere of a Discovery Channel feature-length TV documentary, “Above and Beyond: NASA’s Journey to Tomorrow”. This film aims to give an insight into the remarkable role NASA and its pioneers – astronauts, space shuttle crews, engineers, and ground personnel – play both for the USA and for our planet.

Covering sixty years and beyond, the film celebrates past accomplishments, investigates current initiatives, and surveys future plans. This film follows NASA to the moon, to the surface of Mars, to the outer reaches of our solar system and, above all, back to our home base: Earth. It examines what has become of President Kennedy’s faith in human ingenuity, his grand vision and aspiration, but also what challenges lie ahead that we need to confront now, before it is too late. The name of its Emmy-award winning author and director: Rory Kennedy, none other than President Kennedy’s niece, and the daughter of Senator Robert and Mrs. Ethel Kennedy.

The choice of Monaco as the venue for NASA’s 60th anniversary may initially surprise but realization sets in quickly. This second space forum initiated by the Monegasque Embassy to the United States follows on the heels of the 2016 premiere of “The Last Man on the Moon”, also held in Monaco, and underscores the Principality’s historical interest in aviation and aerospace. Traditionally a nation that has placed great value in technology and exploration, the tiny country has in recent years become an eminent global player in the field of science under its sovereign Prince Albert II. Whether it is research to protect the world’s oceans and their habitat, whether it is concrete actions to stop the impact of humans on the planet’s health, whether it is the study of climate change – Monaco is a fearless pioneer, a passionate advocate, and a strong leader on the world stage. And now it has plans to become the 19th sovereign nation to send an astronaut to the International Space Station (ISS). 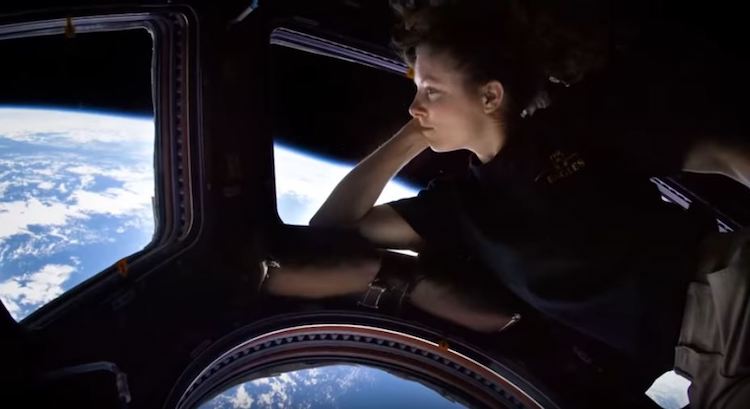 In another nod to NASA’s tremendous strides and as a signal to support mankind’s crucial quest of space, Monaco’s satellite operator and telecommunications service provider SSI-Monaco and Axiom Space, the private company that is creating the world’s first commercial space station, have signed a Memorandum of Understanding on November 22 to train one or more citizens or residents of Monaco as professional astronauts and to fly them on an orbital space mission. Once trained to Axiom’s procedures, Monaco’s astronaut(s) will be eligible for official assignment to ISS missions. Long-term possibilities of space tourism and a potential “Monaco Space Module” attached to Axiom Station, the world’s first commercial space station – are also being studied.

Expanding Monaco’s scientific involvement from terrestrial and oceanic ground into the rarefied milieu of human spaceflight to conduct fruitful experiments and data collection in Earth orbit, and fostering public enthusiasm for space, science, technology, and mathematics is a key strategy for the Principality to make a lasting and productive impact on Earth’s health and wellbeing. Locally based global actors like Thales Alenia Space, based in Cannes La Bocca, have been supporting Monaco through proprietary satellite technology.

What Monaco lacks in landmass, it more than makes up for in innovation and pioneer spirit. High-profile events like this one and under the continued patronage of HSH Prince Albert II already make the Principality a privileged meeting place for discussions and reflections on the impact of space exploration on earth science. But more importantly, Monaco is committed to becoming an important scientific and technological partner in NASA’s future quests and milestones.

PS – Congratulations to NASA for the successful landing of its “Insight” space probe on Mars on November 26, 2018

All photos and videos courtesy NASA and monacomediax