The Boot’s design and creativity take centre stage at Nizza’s 16th “Italian Language in The World” Week this October.

It is universally acknowledged as one of the world’s most romantic and musical languages: Italian. But no less recognizable and famous, the other Italian language – that of style. Michelangelo’s statues and Brunelleschi’s architecture, Ferrari’s automobiles and Versace’s fashion, and even Fellini’s cinematography … they all share the same unmistakable DNA of aesthetics, elegance, and craftsmanship. Italian artistic expression has traditionally always been about packaging functionality in beautiful design. Small wonder therefore that for this year’s 16th edition of the annual “Italian Language in The World” Week, the Italian Consulate General in Nice has chosen the theme “Italian Creativity: Brands, Fashion, and Design”.

From 10th to 16th October, a series of events at the Théâtre Garibaldi (located inside the consular residence) and other prestigious locations along the French Riviera and the neighbouring Italian Flower Coast showcase the country’s ingenuity, influence on design, and contribution to world culture. Supported by the Italian Ministry of Foreign Affairs and the Accademia della Crusca (Academy of Italian Language) under the High Patronage of the President of the Italian Republic, the week is an opportunity for young artists and established designers alike to present their work.

“The 2016 theme is particularly exciting as it puts the spotlight on creativity in its various expressions, and the Italian language as the vehicle to spread our cultural heritage in the world,” explains Nice-based Consul General Serena Lippi. 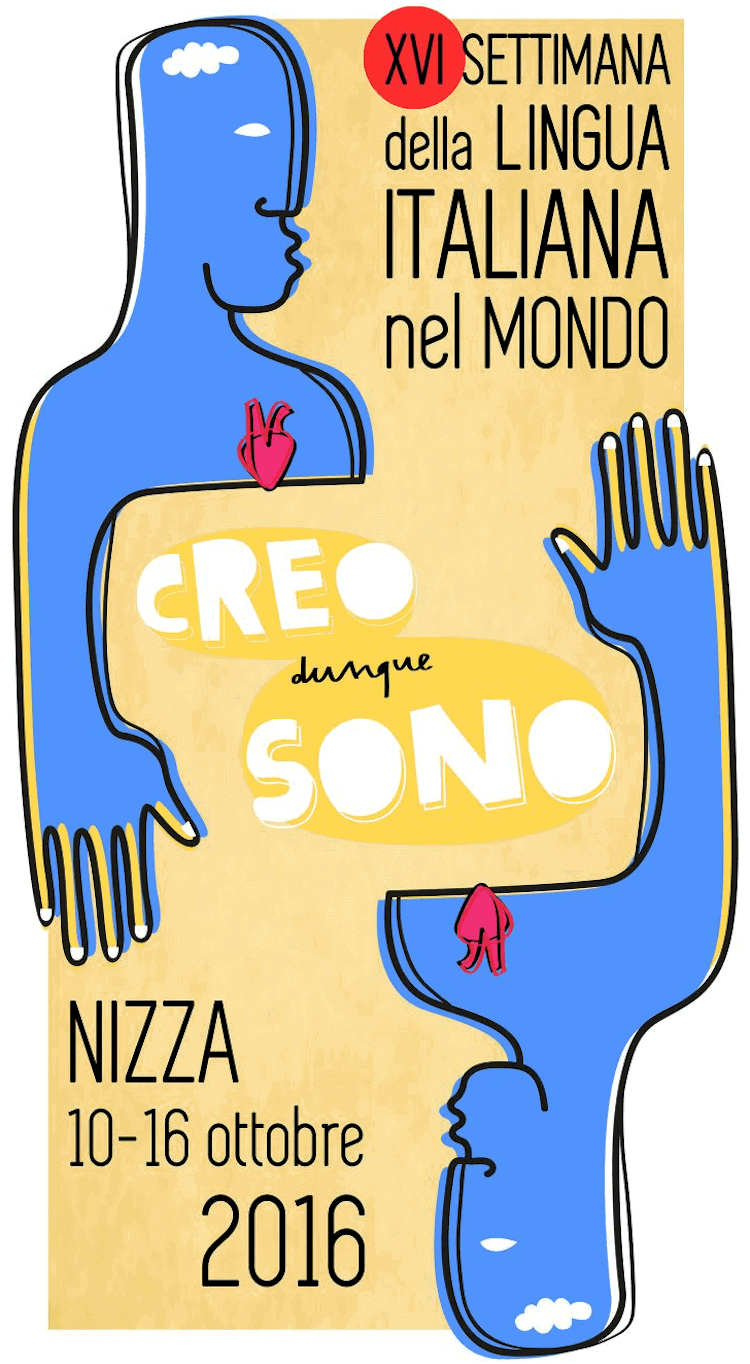 The Italian Language Week officially opens at the Teatro Garibaldi on Monday, 10th October at 18h00 with a debate between two eminent contemporary design pioneers, Professor Hubert Jaoui and Professor Sabino Lafasciano on the topic of “I create, therefore I am”.

On Wednesday, 12th October at 18h00, the Garibaldi Theatre is again the stage of an evening entirely dedicated to Fashion and Art. Barbara Borsotti, artistic director of Maison Daphné in Sanremo and stylist Elisa Leclé present an exhibition of Alta Moda (haute couture) inspired by the vibrant colors of the Riviera, and explain the process behind its creation.

A conference on Brands and Design, centering around the evolution of the iconic Fiat 500 and an exhibition of objects from the no less venerable Slide range of modern furniture, takes place on at 18h00 on Wednesday, 13th October at the prestigious Hôtel Le Mas Candille in Mougins.

The Garibaldi Theatre also hosts the closing event on Friday, 14th October at 18h30. Two young Italian talents are invited to showcase Italian cultural creativity – writer Serena Santorelli reads from her latest book In punta di cuore, and singer, musician and composer Ermal Meta, the breakthrough discovery of the 2016 Festival de Sanremo, presents extracts from his album Umano. This closing event will be repeated in Sanremo at the prestigious Teatro Casino on Sunday, 16th October at 19h00.

Find detailed information on events, venues, and times (in Italian language only) here – note that the location of Tuesday’s event has been moved from Villa Masséna to the Garibaldi Theatre.