‘Tis the season to be jolly, so the saying goes, and in Monaco this adage rings true! Monaco in Christmas is always bright and cheerful, offering the ideal opportunity for families to gather together to celebrate in true Monegasque style. While Monaco Christmas 2020 may be a bit different, there will still be plenty of merriment and festivities to look forward to! Read on if you want to learn more about Monaco’s Christmas traditions. 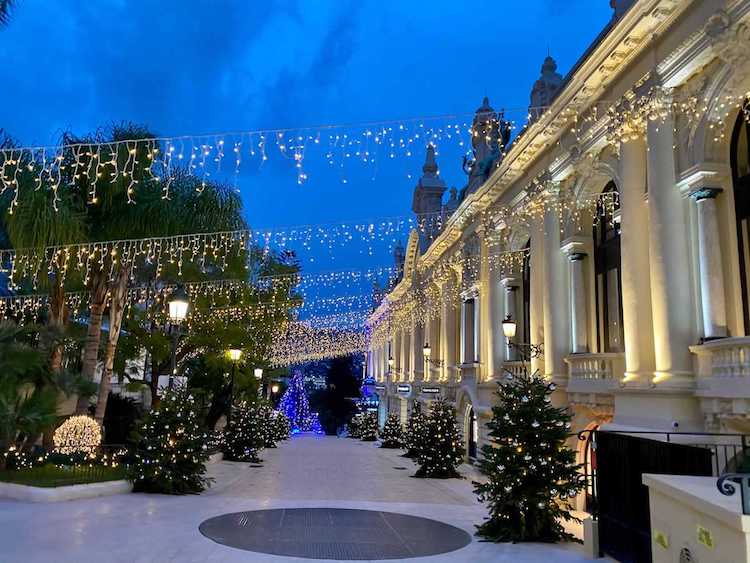 Like many countries across the world, food takes centre stage during Christmas in Monaco. Monegasques enjoy a host of traditional delicacies each year during the festive season. Pan de Natale is a round sweet bread and a popular Christmas tradition, sold at bakeries throughout the principality. Traditionally, Pan de Natale’s are stacked in the shape of a cross and placed at the centre of a Christmas table, then blessed by the head of the family.

Other delicious Christmas in Monaco traditions include serving 13 desserts, in honour of Jesus and his 12 apostles. The sweet treats include dried figs, almonds, raisins, hazelnuts and walnuts, and La Pompe, a sweet orange flavoured bread similar to a focaccia.

Of course, sitting down to a traditional Christmas feast with the family is a long-held and cherished tradition. In Monaco Christmas dinner is typically enjoyed on Christmas Eve, with highlights including roast goose, turkey, foie gras, oysters, wild game, and cheeses, all washed down with ample Champagne. 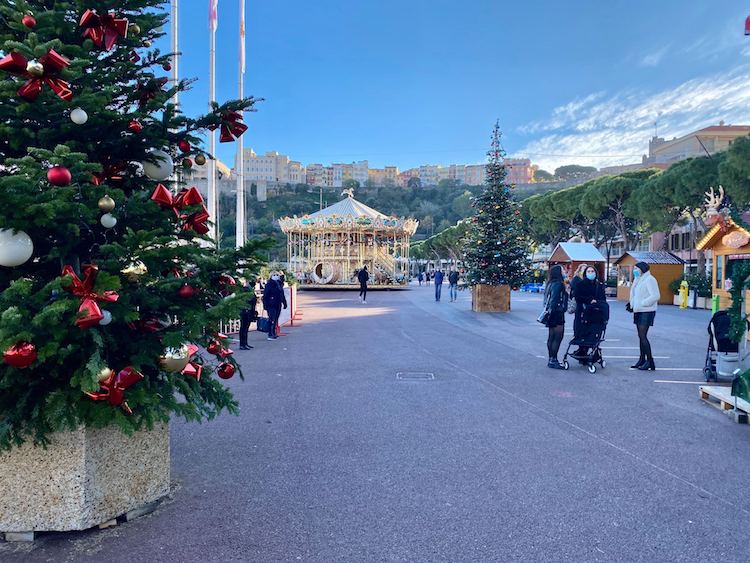 The Christmas Market in Monaco is a long-held tradition, which is an eagerly anticipated yearly event. This year’s Monaco Christmas 2020 market may be a slightly scaled back affair due to the pandemic, but it will still offer plenty of festive cheer.

The market is held at Port Hercules every year throughout December. It typically features a traditional Christmas village made up of wooden chalets where local artisans sell local arts, crafts, and culinary specialities – perfect for finding unique gifts for family and friends. The Christmas market also traditionally includes a Ferris wheel, workshops for kids, games, and an ice-skating rink.

The Christmas season is welcomed in each year with a celebratory festival attended by Prince Albert and Princess Charlene at the Prince’s Palace. Originally established by Princess Grace in the 1950s, this Christmas in Monaco tradition is attended by invited Monegasque children and includes magic shows, afternoon tea, and of course, an appearance by Santa Claus, much to the delight of little ones, who each receive a gift from one of Santa’s elves. 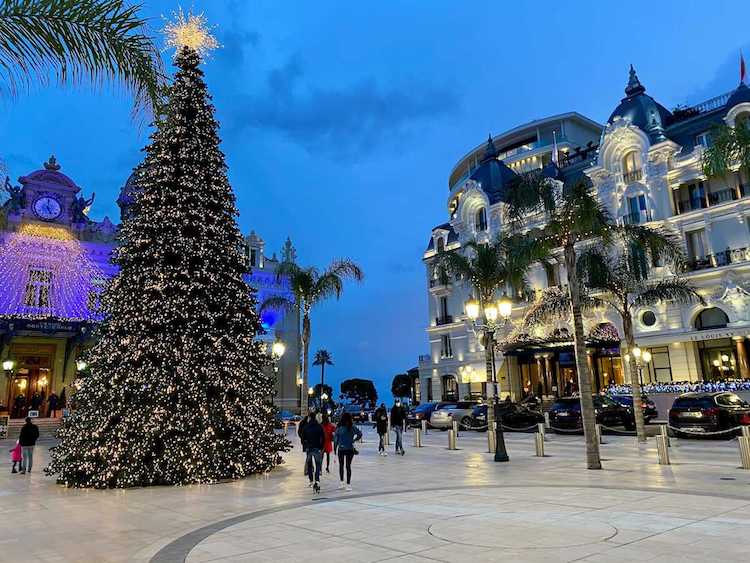 As one of the world’s most luxurious and lavish destinations, it will come as no surprise that Monaco spares no expense when it comes to decorating the principality. And this Monaco Christmas 2020 is no exception. The best example of this can be seen around the Carré d’Or, the city state’s most exclusive address and popular with those seeking to buy property in Monaco. Head there at night when these breathtaking decorations light up the night sky. Other fabulous Christmas decorations can be seen in front of the Prince’s Palace, which typically boast the principality’s national colours of red and white.

This Christmas in Monaco tradition sees swimmers dressed as Santa brave the chilly Mediterranean Sea for a festive dip, all for a good cause. The event was started in 2004 and is typically held on Christmas Eve, with up to 100 swimmers participating. Prince Albert II and Princess Charlene usually take part in the bracing event, posing for pictures with participants, while a raffle is usually held after the event.

While Monaco’s Christmas 2020 might be slightly different, the principality’s long-held traditions will still ensure festive cheer for all.

Lead image by Mai Truong on Unsplash (edited: cropped); all other images courtesy and © Romina Radeva