Trust mayor David Lisnard to come up with hands-on, out-of-the-box solutions to bring help to people in a war zone where his homologues resign themselves to expressions of sorrow and sympathies

Solidarity is not an empty word in Cannes. On 26 February 2022, just days after Russia attacked Ukraine, mayor Davis Lisnard’s municipal administration was among the first in France to announce material, financial, and logistic help for the war-plagued nation. Now David Lisnard steps it up another notch.

During his trip to Ukraine from March 6 to 9, he met with mayors whose tireless commitment and unprecedented humanitarian work in the service of their populations bear witness to their immense courage. Among them: Andriy Sadovyi, mayor of Lviv, a city of 720,000 which has hosted tens of thousands of refugees since the beginning of the conflict.

Following a long discussion notably on the help that the City of Cannes will continue to provide, David Lisnard and Andriy Sadovyi announced on March 14 to twin their two towns. Cannes is Lviv’s first French twin city.

“Cannes is proud to link up with Lviv, a city of international renown classified by UNESCO for the beauty of its heritage,” David Lisnard said. “This partnership will allow us to streamline and adapt our humanitarian aid to the needs of the population and the thousands of Ukrainian refugees that this city welcomes every day, and to build the future.”

This solidarity twinning helps strengthen the contacts made on the ground and facilitate the logistical delivery of essential goods in order to optimise Cannes’ humanitarian aid and support the Ukrainian population and refugees. At present, Lviv is in urgent need of pharmaceutical products and medical equipment. In collaboration with Cannes’ Simone Veil Hospital and local pharmacists, humanitarian convoys continue to be readied and dispatched to Lviv.

To date, more than a dozen trucks and two 38-tonne semi-trailers carrying over 110,000 donations of clothing, hygienic supplies, toiletries, first aid kits and other essential material have already left from Cannes. Another semi-trailer stocked with donations and medical equipment will set off from the municipal collection centre shortly. 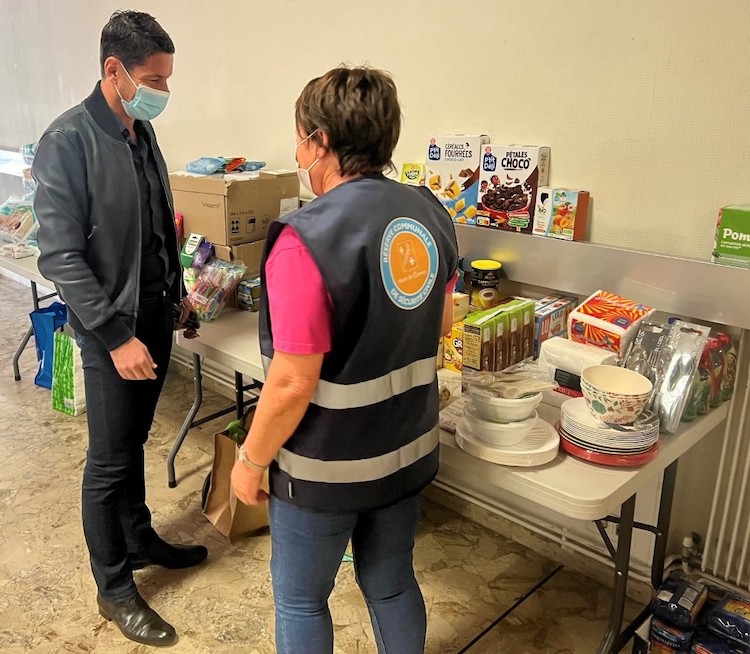 While humanitarian in nature at this time, the twinning between Cannes and Lviv is intended as a permanent one. A series of activities in the fields of education, sport, and culture will be established to strengthen the bond between the two cities long after the current war.

To help with in-kind donations or to offer housing for war refugees, please consult the detailed list with relevant information prepared by the City of Cannes’ Ukraine support office.