‘Tis the season to present the new theatrical programme. The one that Thierry Surace has cooked up is quite a treat.

In a city with over 90 theatres and in times of cultural budgets the size of a pinhead, a theatre director’s job seems to have almost more to do with math than with art. So many great acts, so much fierce competition, and so little money to go round.

As if that weren’t enough of a challenge in itself, disaster struck at one of Nice’s favourite stages, the Théâtre de la Cité: just before the end of last season, a main pipe burst, transforming the 180 seat house into an indoor swimming pool.

But Thierry Surace (pictured below), its dynamic director, is not easily daunted. Lots of collective elbow grease went into making the house presentable again, just in time for the new season. En passant he and his programme team developed a veritable smorgasbord of plays, concerts, magic, and dance that really whets your appetite. And they still somehow found time to create a charming, funny, and entertaining presentation of each act, emceed by Thierry, with his Compagnie Miranda and many of the performers of the upcoming season delivering a tasty appetizer of what’s in store. 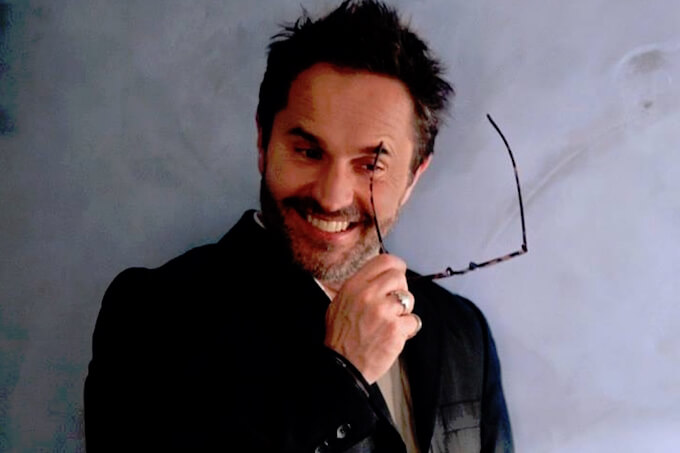 Like many of his peers at other cultural venues, Thierry also emphasizes that theatre and the arts in general have an obligation to society, especially in our troubled times. In contrast to others though, his program is more of an overarching statement. Here, the emphasis is less on analyzing what divides us, but on celebrating what unites us. “A society which opens itself to culture, to cultures, is a world where fear of the other becomes curiosity about the person next to you. That curiosity is the greatest human adventure, consisting of the joy, or the deception, of discovering what is not “like us”. But whether it’s joy or deception, this discovery allows us to learn about the other. The other becomes a veritable mirror that reflects our own image, candidly, truthfully, and freely. And it’s that image which helps us to create progress,” Thierry states. His new programme is certainly an honest mirror of this philosophy.

From the programme brochure that by the end of the presentation was heavily dog-eared, here are some of the new season’s highlights (and even if some of them are in French, they are really enjoyable even to non-French speakers):

Very early into the season, on October 9 – and that one night only! – Italian actor Cesare Capitani introduces us to L’Autre Galilée, the Other Galilei. No worries, you will not be transported back to Mr. Smith’s 9th grade physics class but will instead discover the great Renaissance scientist as a younger man, get to know his human side, his fine sense of humor, and his deep philosophy and spirituality through his own letters that Cesare translated into French and shares with us in his humorous and yet reflective one-man-show. Most importantly though, we will see that 450 years after Galilei’s death, his battle for freedom of thought is still every bit as important as it was then.

On October 16 and 17, we have a rendezvous with Dom Juan, one of the big hits at the Festival de Roquebrune this summer. You thought classic authors like Molière have to be, well… classic? Think again! This is a clown version, and even though it’s in its author’s own language, it’s one of the funniest things you’ll see all year. But funny with a reflective bend.

Olé ! Just as the weather is getting cooler and gloomier, Nice turns into Andalucía-sur-Paillon from November 19 to 22 when Kaeno Colora takes you on a musical journey from Sevilla to Granada, from Malaga to Cadiz to rediscover the history and tradition of flamenco which was born at the crossroads of so many different cultures and religions.

After the traditional and ever-popular New Year’s Eve Show Burlesque, the new year kicks off with a theatrical bang on January 15. Collectif La Machine, one of the top Niçois troupes around Félicien Chauveau, dust off Cervantes’ Don Quixote L’Invincible, and if you’ve seen their Procès (Kafka) last season, you know what they are capable of. Benjamin Migneco, Irène Reva and Eva Rami play in it, do we need to say more? (Yes, another play in French but you know your classics well enough to be able to follow, right?) 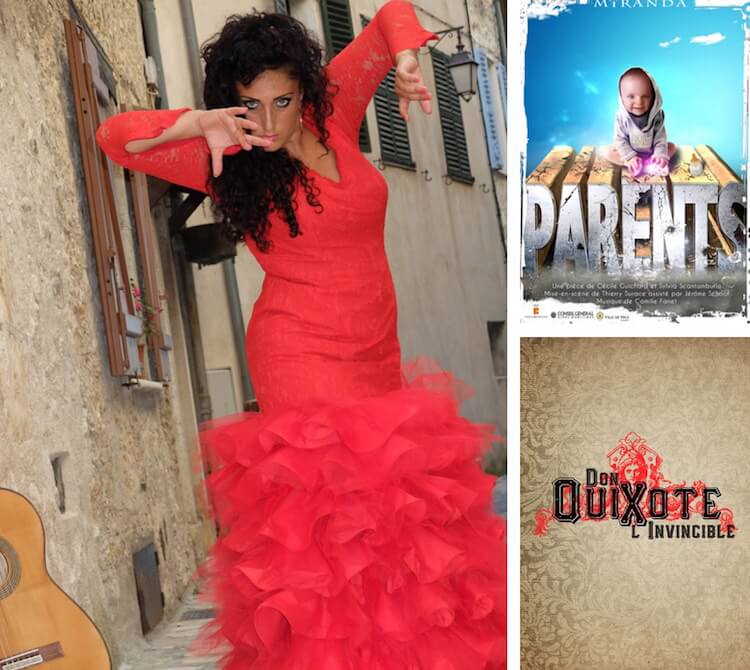 As you know, Thierry Surace is also a darn good director, so circle his Mirandanized version of one of Shakespeare’s best known works on your calendar, from March 11 – 20. Stripped down to the bare essentials, simplified, La Tempête here becomes Une Tempête, paying homage to the immortal Bard’s chef œuvre while generously sprinkling the company’s own quirky flavour over it.

Atención, señoras, señoritas, caballeros! Pasión! If you enjoyed your flamenco in November (or, Heaven beware, missed it!), you’ll love a good round of steamy, sensual, sultry Tango Argentino with Sexteto Poema on May 5. Nothing quite like the poetry and magic of classical 1940s ballroom tango on a lovely spring night…..

More magic is in the air, albeit of a different kind, when Eric Leblon is on stage right thereafter. Mixing illusions with humour, this young Antibois, nicknamed Mr. 100.000 Volt of Magic, has talent, and lots of it, as you probably already found out when you saw him in Les Plages du Rire in Nice last August. So don’t miss out on his ever-evolving programme on May 6, 7, and 8 in the universal language of pure entertainment. 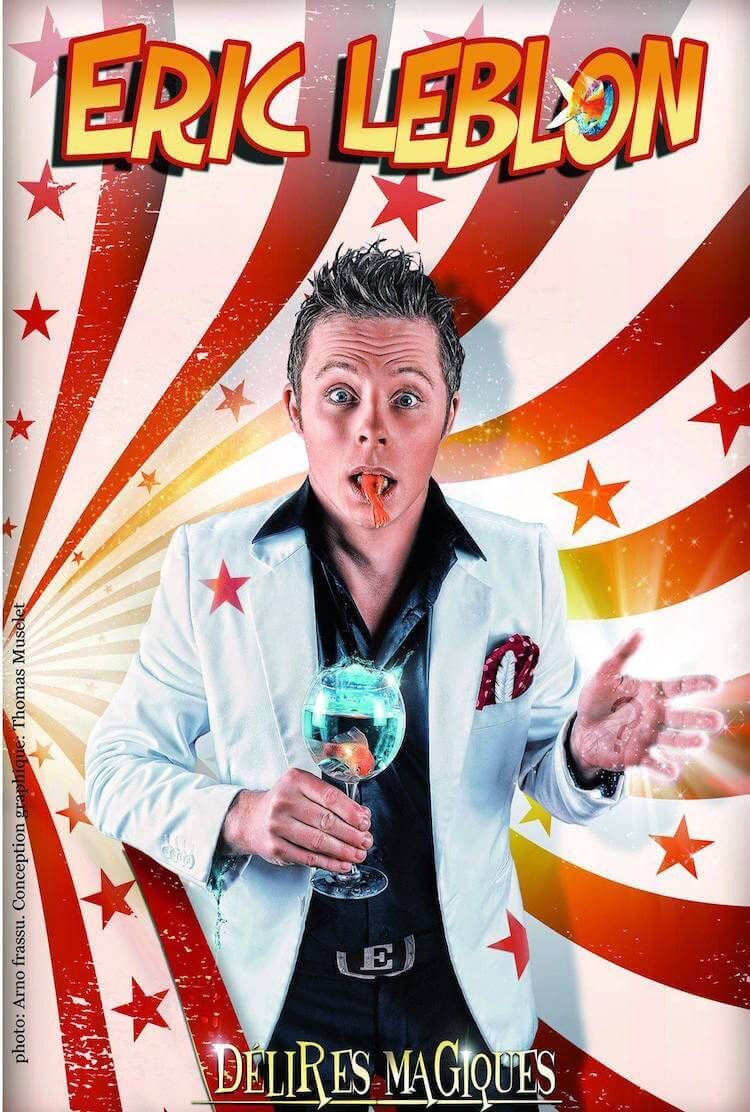 And finally, just like the season opened with a big coup de coeur for us, we have another one to round out the season. Parents, a musical comedy about the joys, trials, and tribulations of parenthood, features none other than the great… the brilliant…. the amazing Sylvia Scantamburlo – art director, Thierry’s trusted sidekick, god fairy, heart & soul, and Mother of the company of the Théâtre de la Cité all rolled into one. Oh, and performer, too! And what a sensational voice and presence she has! Wow! But don’t take our word for it, go see for yourself between May 13 and 22.

There is so much more to see this season (not to forget, lots and lots of afternoon school performances open to the public, classes and workshops, and the Festival des Jeunes Pousses) so be sure to check out the Théâtre de la Cité’s website for the full programme and all details. A big roaring round of applause to Thierry Surace and his programme team – Sylvia Scantamburlo and Cécile Pillot – for such a delicious gourmet meal of performing arts on a shoestring budget.