In these times of overabundant photoshopped imagery, classic B&W photography is a rare treat revealing surprising insights into beauty and talent.

Once upon a time, there was a humble postman from Brittany who, after a pitstop of a few years in Paris, proceeded South to make his life around the Mediterranean shores. And to eventually become quite a celebrity…… not as a postman but as a photographer and book author. That’s the stuff fairytales are made of, only that in this case it really happened.

By all accounts, Louis-Paul Fallot – or LP, as his friends refer to him – enjoyed a stable and sensible career for much of his working life, serving La Poste in various capacities from sorting mail to delivering it, then moving on to internal training and even into communications. Somehow though the photography bug bit him early on, and at age 20 he bought his first camera. His shift job allowed him to meander Paris and to train his lens on just about anything that seemed interesting to him, and gradually he became so passionate about his pastime that he started reading books to teach himself about the art and science of photography. 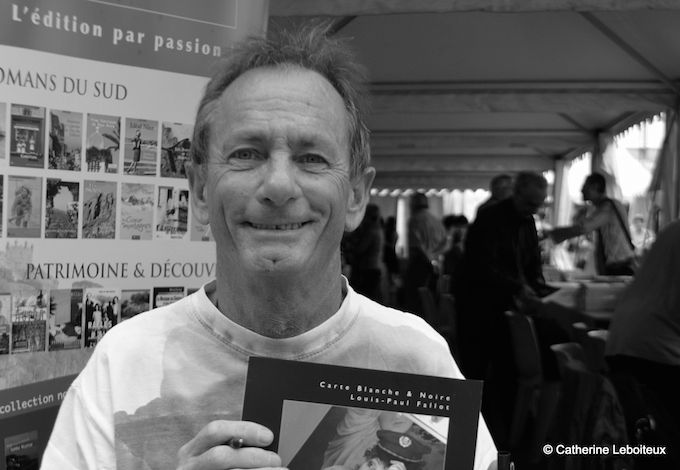 Fast forward a decade or two. LP, by now firmly established in Cagnes-sur-Mer, continued working his post office job but also still pursuing his favorite pastime. One day, he heard about a local photography competition, and on a whim decided to submit some of his work. And lo and behold, who would end up named the winner if not Louis-Paul? And no! – This was not a one-time lucky chance… his impressive photography quickly took home the trophy in yet another competition.

This happened in the pre-Internet days but the arrival of the web and its image-rich content would change everything yet again for LP. He soon developed an interest in digital photography and even launched Le Blog de Louis-Paul.

That blog, jampacked with exquisite local images, eventually caught the local mayor’s attention, and soon enough LP’s œuvres were featured on the town’s official website. Encouraged by the interest in his craft, LP asked the mayor for a space to mount an exhibit, a request the town granted only too willingly. LP’s choice of motives was no accident: the boats, colours, and atmosphere at the Cros-de-Cagnes fishing port reminded him of his roots in Brittany.

Widely lauded for his remarkable talent, LP was soon approached by the Baie des Anges publishing company who offered him an opportunity to do a photo booklet. It didn’t take them twice to ask before LP jumped into action, creating his first black and white volume titled “De Mer à Monts”, a visual discovery of the Vallées du Var which LP loves to roam. That was in 2009, and the booklet became a success. So much so that a couple of years later, the publisher came back to LP to ask him for another œuvre. True to the series’ title, “Carte Blanche & Noire”, the author could feature a subject of his own choice as long as the photography was in black and white as the theme suggests. 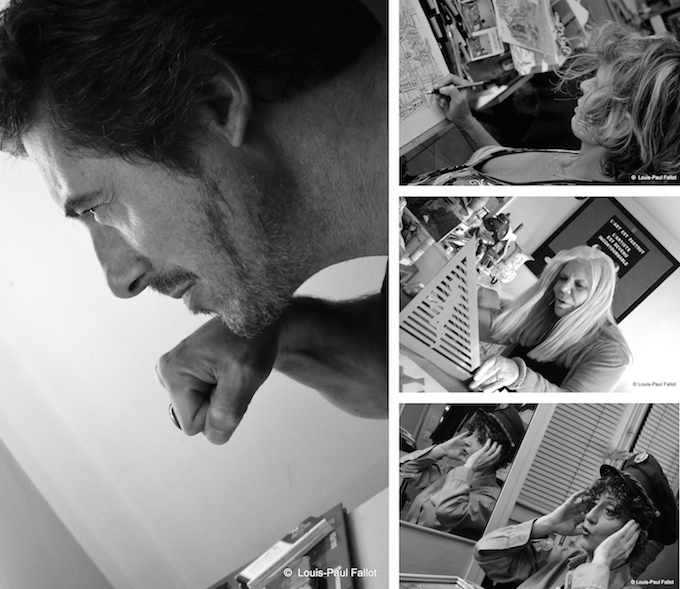 It just so happened that at the time, LP had made a lot of inroads into the artistic community of the French Riviera, and he decided to create a series of candid shots of local artists, from actors to sculptors, from designers to dancers, and anything in between. And he turned his work into a booklet titled “Objectif Artistes.” One of his goals was to never make the artist pose – all he wanted was to be present and offer the unobtrusive, discreet point of view of someone simply looking on with empathy and appreciation.

Among the 16 artists featured in the booklet are eminent international actor Marc Duret, captured in his loge while getting ready for his title role in Victor Hugo’s “Angelo, Tyran de Padoue” (Théâtre National de Nice, January 2014); Patrick Moya – rightfully considered one of the great contemporary sculptors and painters – working in his Niçois atelier; and formidable designer Nivèse who among other chef œuvres created the splendid chasuble Father Yves Marie Lequin wore for the 2014 Messe des Artistes at St. Pierre d’Arène in Nice.

Louis-Paul sees photography as an act of sharing, and truth is important to him, in life as much as in his work, which is why he never photoshops his images. “I was privileged that these marvellous artists allowed me a glimpse of their world in very private and intimate moments. Creating a different view of them through my own subjective lens has opened horizons and helped overcome personal difficulties that have not spared me, just like anyone else.” 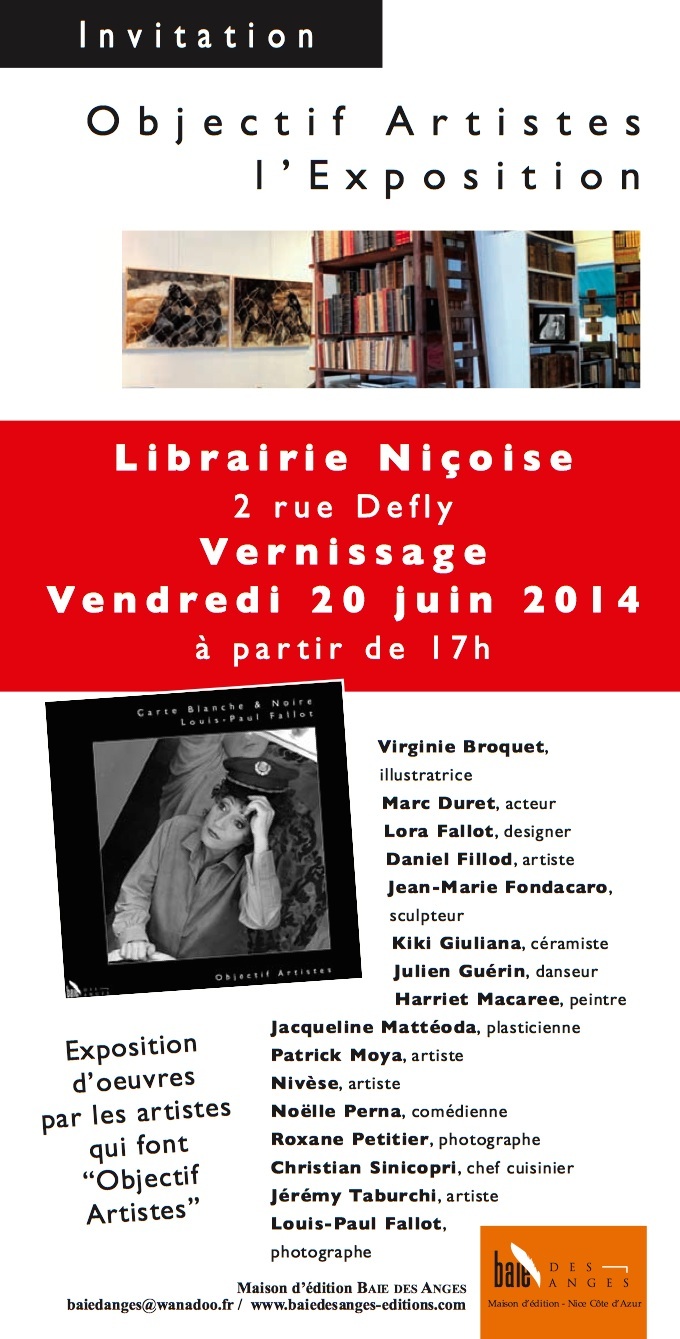 Now retired from the postal service, Louis-Paul has the time to dedicate himself to his interests, and is motivated by the sense of sharing he experiences through his work. And the work that went into his booklet is also at the center of an exhibit on this theme at the Librairie Niçoise which opens Friday, 20 June (vernissage at 17h00). This event elegantly combines LP’s passion for photography with another one he champions: A fervent supporter of neighbourhood businesses, he has been actively engaged in events to ensure the continued existence of local bookstores. A lot more on that interest can be found on his blog. As for his books, do check them out on the standard big online sellers – but then head straight to your nearest neighbourhood store to buy them there.