Regardless of adversity, true talent can’t be kept down, as award-winning artist and sculptor Michel Anthony proves time and time again.

Some life stories are stranger than fiction. When Michel Anthony was born into a humble family of rubber cutters in Malaysia in 1958, nothing indicated that he would one day find himself on the other side of the world, in Nice, widely recognized as one of the finest contemporary sculptors and painters.

Michel’s journey over the first 30 years of his life was a string of unexpected, and often difficult, events. He felt drawn to the arts though ever since he was a young boy. So obvious was his precocious talent that when he was 9 years old, his friend at school asked him to draw pictures to help him win the affection of a girl he had cast his eyes on…. a flashback to Cyrano’s writing talent commissioned for the same purpose is not far off hand.

Although an intelligent and eager student, Michel had to abandon school at age 13 to help his father harvesting rubber to earn the family’s living. A few years into that, he decided to heed the call of the sirens and set off to become a skipper, taking yachts across the oceans of the world. The tale of those years in itself is the lore that adventure books are written about, ferocious hurricanes, high drama on the high seas, and dangerous encounters included. All throughout those years, Michel – when he wasn’t busy fighting the elements – dabbled in etching and drawing.

Fast forward to Cyprus, 1979, when Fate finally gave Michel a break. Still working in the yachting industry, he met Ken Scott, the American fashion designer synonymous with “Flower Power” art. The two men hit it off, and realizing Michel’s “can do” attitude, Ken soon hired him as his Personal Assistant, working in Milan. 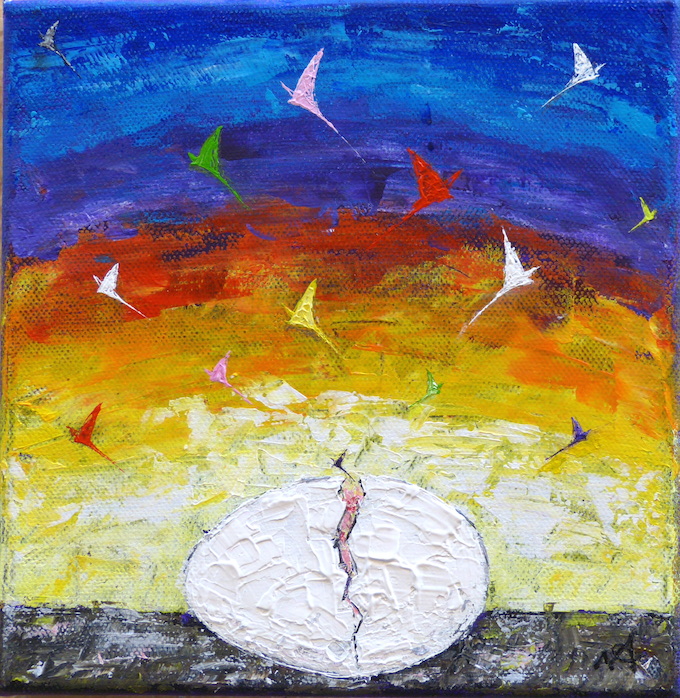 It didn’t take long for Michel to display his creative knack, and Ken invited him to work alongside him in textile design. Their illustrious clientèle included the likes of Brigitte Bardot and Jackie O. Impressed by Michel’s artistic talent and enthusiasm, the designer became his mentor and encouraged him to pursue formal arts studies at Brera Fine Arts School and Scuola Superiore Castello in Milan. This fruitful collaboration lasted until Ken’s passing in 1991.

On a trip to France the same year, Michel met Magali who would soon become his wife, and together they made Nice their home. Here, Michel worked all sorts of odd jobs but kept honing his talent, and already started selling some of his work. It was here, too, that he gradually discovered his passion for sculpting which would eventually dominate his work. Noble materials like bronze and Carrara marble have become his materials of choice because, “I can feel which is best suited for the project I have in mind, and how I can get the best out of it.” With his remarkable talent, he was accepted into the prestigious Del Chiaro Foundry in Pietrasanta, Italy, as one of a privileged few to work there. 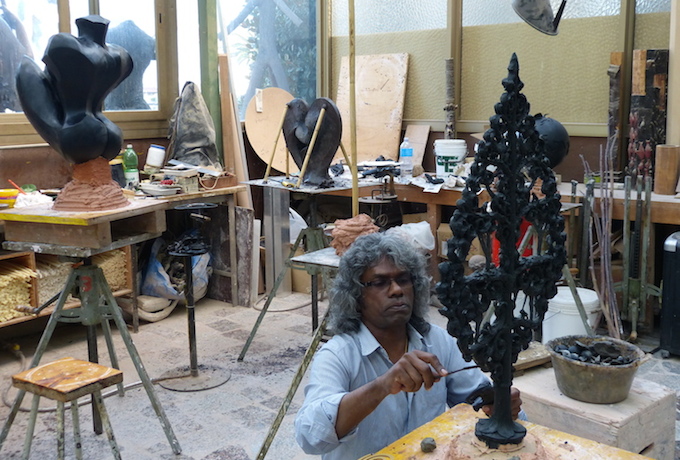 He was happy in Nice, working and slowly making a name for himself when personal tragedy struck yet again. In 2003 his wife passed away. He sought solace in work, and kept refining, personalizing, and evolving his style. For him, “art is meditation.”

In 2005, in a series of three “firsts”, he entered his first European competition with a bang, winning first prize for the first sculpture he ever created. The art world took note. He rapidly became sought after and participated in exhibitions and competitions across France and around the world, from Italy to Japan and his native Malaysia, accumulating numerous prestigious distinctions and awards over the years.

His 2014 calendar is equally packed, with the Festival dell Arte Contemporanea exhibit in MIIT in Turin, coming up from April 24 through May 9 where his master piece, The Heart, called “L’ Amour Flamboyant” will be on display. Other events are scheduled throughout the year. 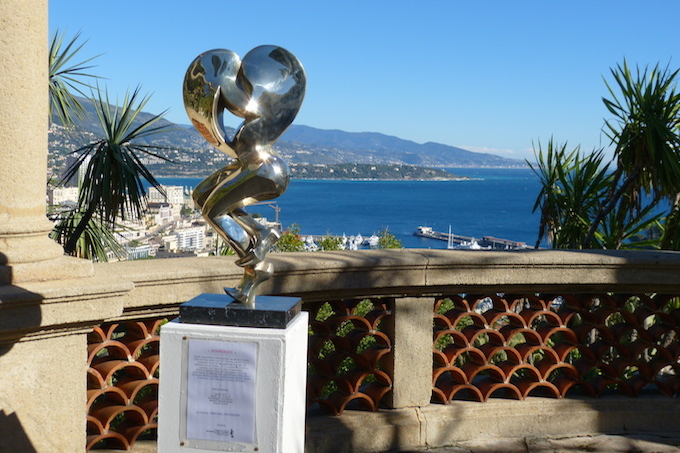 Michel’s modern contemporary style, both in his sculpture and his paintings, bespeaks understated elegance, letting the material shine and the message speak for itself. All his œuvres tell a story, and the red thread found throughout is a reflection of Michel himself – his background, life, encounters, and philosophy: he has grown to become a worldly, self-educated, multilingual renaissance man, seeing past drawers, borders, and conditions, with a universal love for peace and equality. And this is exactly mirrored in his work.

A frequent theme throughout his artistic expression is the world and the union of continents and races, represented for instance by hands in different skin colours, and crowned by a symbol of peace to show that no one is superior to others. “My religion is humanity,” is his credo. Along the same philosophy, he also painted a series centering around the intersection of world religions… their power and their danger. This is not art meant for sale, this is art inviting to reflect, which Michel would rather see displayed in a museum than on a collector’s wall.

Today he works out of his atelier in Vieux Nice that he started five years ago. Visitors are always welcome here, Michel will invariably take time for a chat with them and share his love for the arts. He is also engaging with the Niçois population in other ways: during the recent Messe des Artistes on Ash Wednesday, held by Father Yves-Marie Lequin who had convoked the finest local artists to display their work at St. Pierre d’Arène church, he presented some of his pieces, including The Heart. 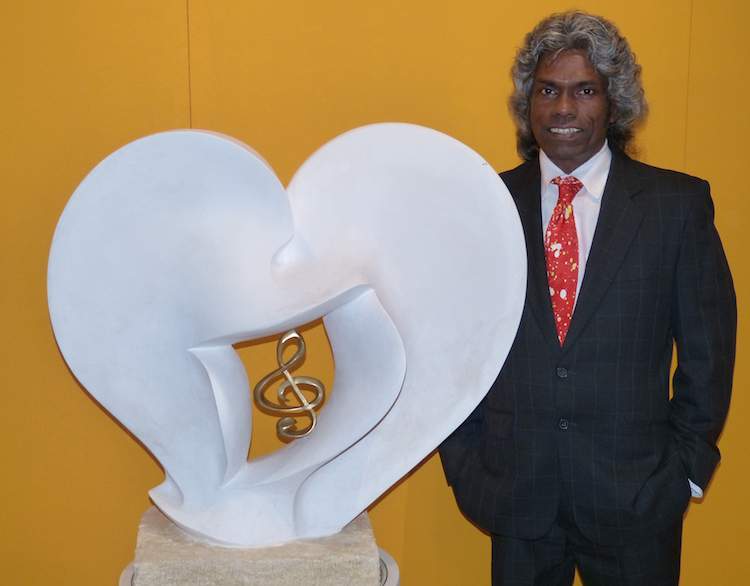 A uniquely accomplished artist, Michel has retained a rare grace and humility, and has turned his life’s hardships and tragedies into positive messages. He has come a very long way, literally and figuratively, from his rough start as a rubber-cutting boy in Perak, Malaysia, then sailing the world oceans, before finally casting anchor in Nice, from where he is now ready to embark on a well-deserved world career as one of the premier contemporary sculptors. “Through my artwork, I want to bring joy and positive energy to people,” he says – and he certainly succeeds.