You probably heard of Chiara Samugheo but you may not immediately place the name. Her iconic images of the big stars of French, Italian, and American cinema of the 1950s and thereafter are sure to be forever etched in your memory though. We had a rare opportunity to meet the Grande Dame of Film Photography whose camera captured each and every movie star of that era, and who became a celebrity in her own right.

A career in photo journalism was far from Chiara’s mind when she grew up in Bari in the Heel of Italy. It was a time when young women didn’t leave home to go off to work but to the altar. That was, however, not 15 year old Chiara’s idea of her future when a suitor asked her father for her hand in marriage. Instead, her dream was to become a concert master. Subsequently, her admirer was sent away, and soon thereafter, the teenage girl set out on her own, heading to Milan in the early 1950s.

Attracted to intellectual and artistic circles, Chiara initially hung out around the famous Piccolo Teatro crowd. She knew she had to earn a living though, so when Le Ore magazine offered her a job as a photo journalist, she accepted. She wasn’t keen on it but eventually followed a friendly advice to “learn to see the world through photos”. 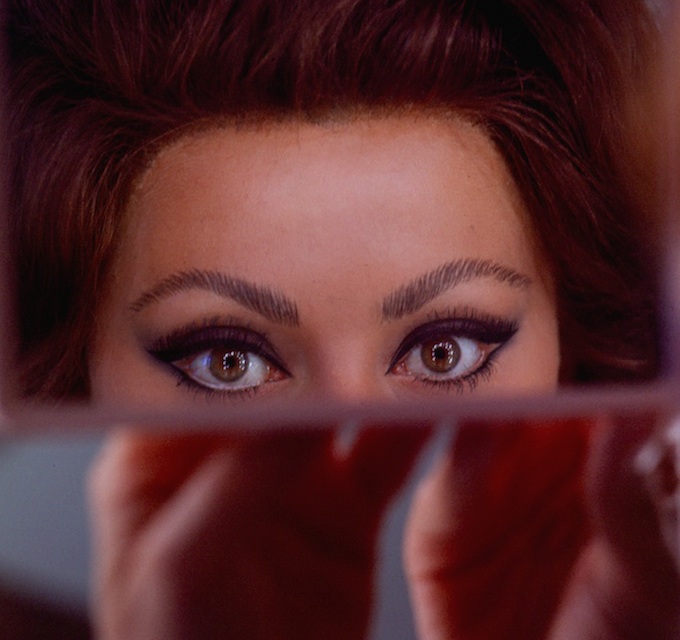 It didn’t take long for her to show an aptitude for capturing people’s essence, and assignments soon started pouring in. She accepted them, even the harsh, difficult issues of the post-war era. The one thing she knew she really wasn’t interested in was cinema, or society. And yet, that was precisely what she eventually found herself doing. And from then on, her career skyrocketed into the same orbs the personalities she trained her lens on were travelling in. 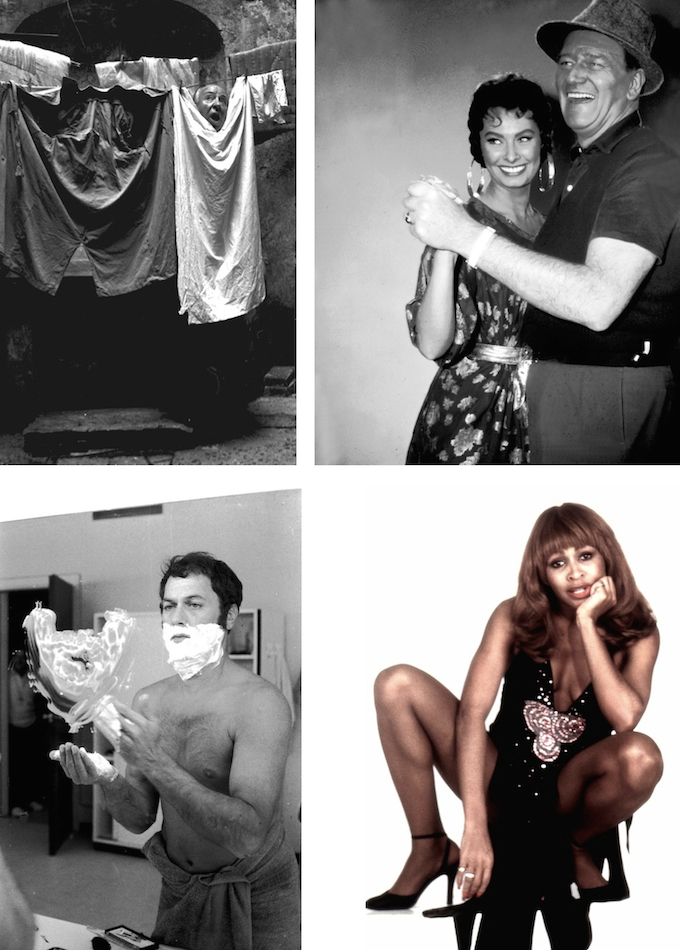 Over the years, Chiara had privileged access to each and every European and American personality in cinema, but also outside, like her portraits of the Mussolini family, or the Shah’s. Charlie Chaplin, Alfred Hitchcock, Sophia Loren, Gina Lollobrigida, Brigitte Bardot, Tony Curtis, Federico Fellini, Liz Taylor… the list is endless. She knew them all, and worked with all of them.

Her photographic style is always discreetly observant but never intrusive. Candid but always respectful of someone’s personality, not just highlighting outer beauty but also that which lies within. That same respect for their dignity also allowed Chiara access to their lives even in private and intimate moments. Often there is a subtly humourous note in her photos but no matter what, there is always a profound sense of discretion.

Asked if she had a favorite celebrity to work with, Chiara tells us, “No. I like to get to know the inner quality of a person. That way we can collaborate, grow together, and maybe make the world a little bit of a better place.” 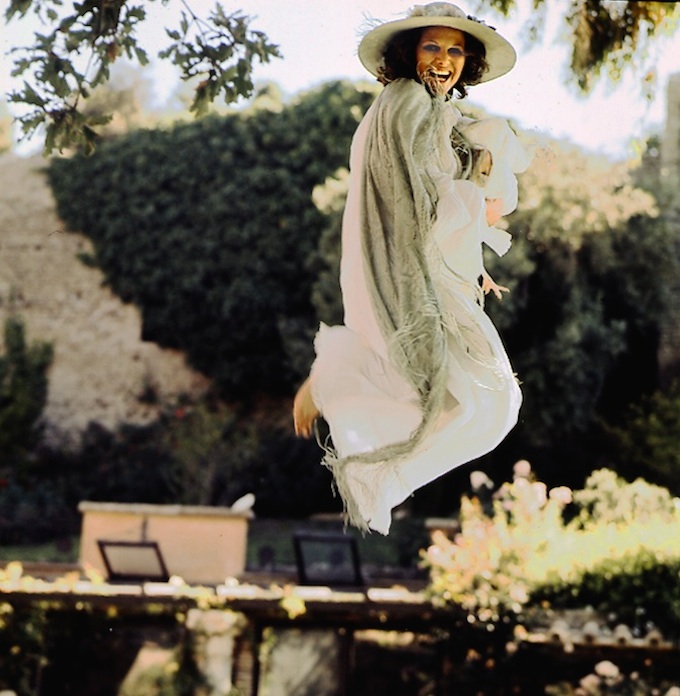 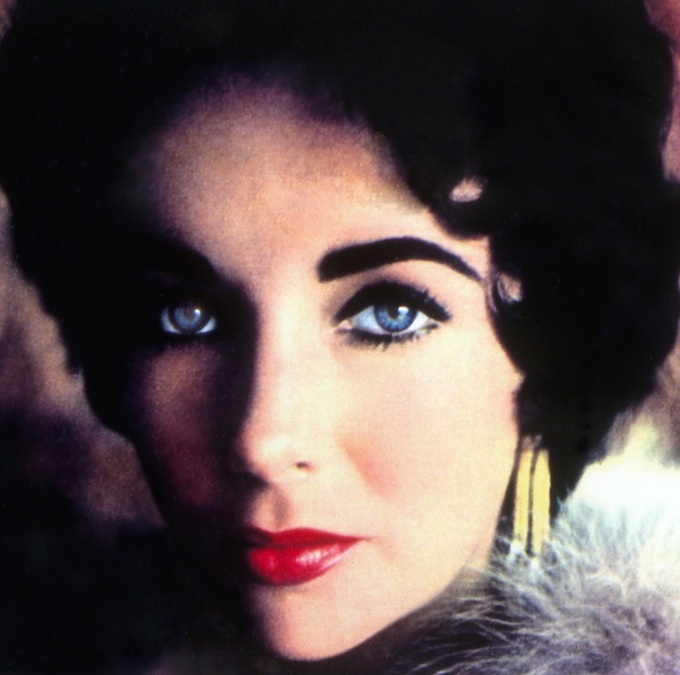 But other than the movie scenes, there are also photos from her travels to every nook and cranny around the world, taken in Sardinia and Iran, in Africa, Asia and America… in big cities and tiny hamlets… in all seasons… depicting glamour and squalor. All in all, a body of work of over 165,000 photos, many of them eternalized in Chiara’s 26 books, and on the covers of the more than 40 magazines she worked with, among them Oggi, Pravda, Panorama, Stern, Paris Match, and Esquire, to name but a few. Her photos won her 41 prestigious awards (and counting), and her high profile exhibits were on display in galleries and museums all over the globe.

With talent, intelligence, and class, she who photographed idols for a living soon became one herself. Yet, Chiara sees herself not just as a photographer but an artist. What many don’t know about her is that she is also an accomplished cartoonist. Her design work is marked by the same sense of beauty and esthetics found in her photos, and often incorporates her pictures in the drawing.

Today she is no longer professionally active but to call her retired couldn’t be further from the truth. She now shares her time between Nice and Venice and is still exhibiting frequently. Up until a few years ago she also shared a gallery with Niçois painter/sculptor Michel Anthony in Vieux Nice.

She would also love to teach if there were suitable opportunities and venues. Maybe the Abattoirs might become a viable space to do so one day soon if and when they are developed, she hopes. “If you aren’t active, you’re dead,” she says in the untamed spirit of the Southern Italian teenage girl, a sweet smile lighting up the septuagenarian’s timelessly beautiful face that has retained all the grace of her younger years.

If Chiara Samugheo has been called One of the Seven Queens of Rome – and rightly so, she truly is a regal lady – her legacy to the cinematic world of the 20th century is as lasting and impressive as the Seven Hills of the Eternal City. 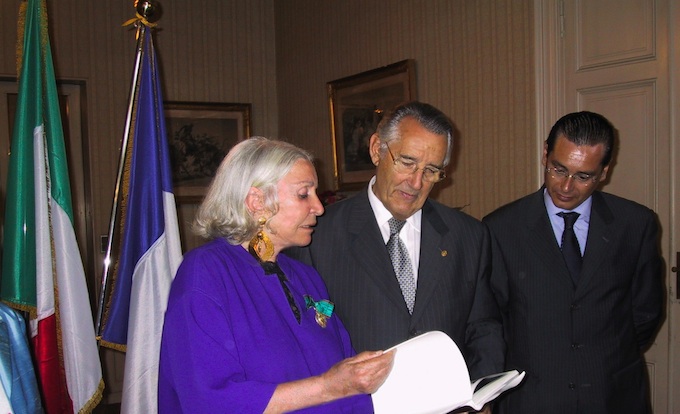