Carnivores don’t have to die to go to Heaven. Their small slice of paradise is tucked away on the outskirts of Nice

If you are a vegetarian, let us warn you that this story about a multitalented Canadian grill master and his restaurant is probably not for you. But if you are brave enough to learn the amazing personal story behind Thierry Cornuet’s incredibly successful Bootgrill Restaurant, do put your qualms aside for a moment. In fact, you may be pleased to find out that even a meat shop owner treats his animals with care and respect.

328 boulevard du Mercantour, Nice. Blink and you’ll miss a rickety signboard on the side saying “Restaurant Barbecue” on this Carros-bound route. The industrial fence just behind it doesn’t look very glamorous either… but wait – why are there so many cars piled up in the parking lot, most of which have Monaco license plates? Curiosity duly piqued, you decide to have a closer look, and you are drawn to the enticing smells wafting from the grill behind this obscure structure. You trepidatiously set foot inside the garden with a massive old lemon tree and a few basic, haphazardly thrown-together pieces of garden furniture… then you venture through the doors to discover a dining room that is large, airy, polished, and cozy all at once. And boom! The magic has operated and you just found your new favourite restaurant!

What’s behind this inconspicuous speakeasy-type exterior is actually a multitude of things: a convivial place for families and friends to gather around a BBQ… a finely curated wine and beer bar… and the kind of eatery the likes of Alain Ducasse and other regional top chefs to when they want to take a break from their own stoves. And those who aren’t regulars yet themselves may be surprised to learn that this culinary marvel has been hiding in plain sight for three years now.

The man who created and runs the 200 seat Bootgrill restaurant is a doorframe-filling 47 year old Québécois with Native-American roots in the Huron tribe, and complete with the kind of rugged beard you’d stereotypically associate with a Canadian lumberjack. But underneath his rustic appearance, Thierry Cornuet is a kind, generous, refined, and intelligent man… a bonvivant who loves to share, someone who knows how to reinvent himself over and over again, and a tremendously hardworking entrepreneur who channeled his enormous ambition and passion into making the American Dream come true in France.

Although Thierry’s fondest childhood memories in Montreal include family gatherings around the backyard grill, “cheffing” was not in his (immediate) future. In fact, he started out as a professional rugby player for France and South Africa. He then went into the corporate world, working his way up to senior marketing and sales executive roles with a FORTUNE 500 company in the food and beverage industry… he is the guy behind the original Red Bull campaign, and the one who introduced French chefs and gourmets to such quintessential Canadian products as premium maple syrup and the rare apple ice wine. 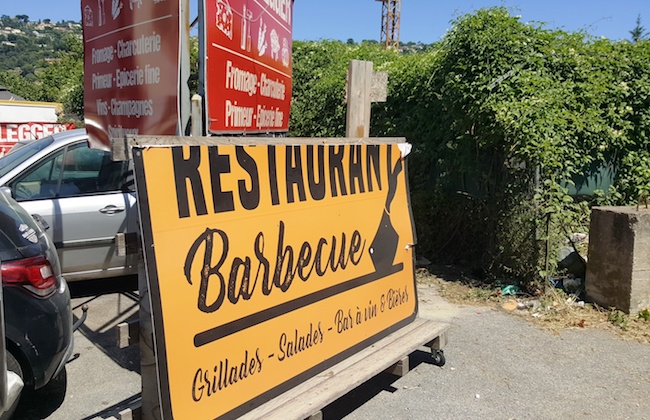 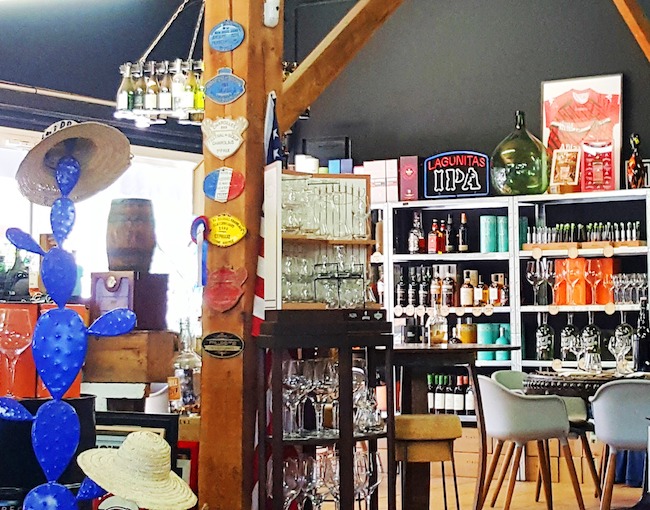 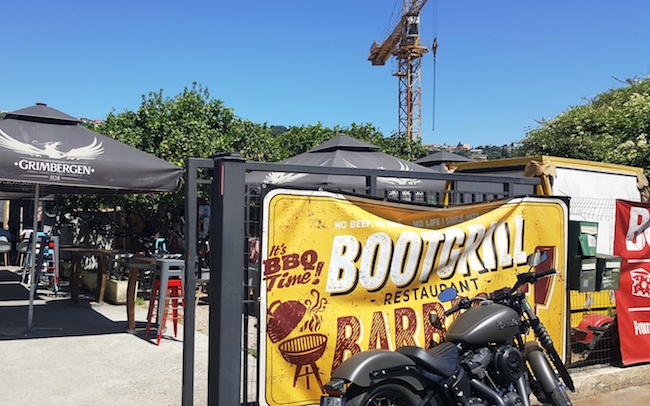 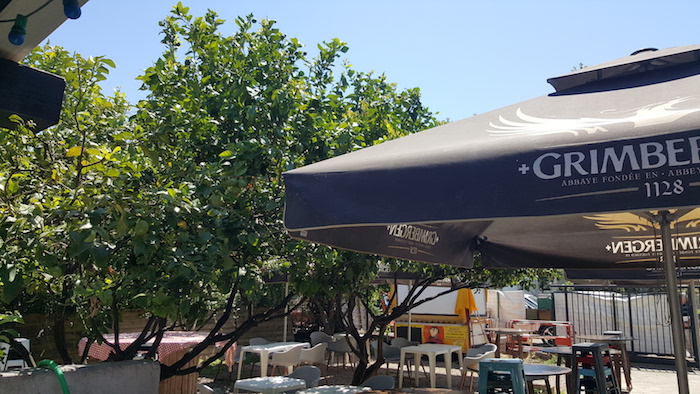 Life in France was good for Thierry and his French wife until the Paris terrorist attack of November 13, 2015 struck. As a result, he lost a substantial six figure sum in business investments and found himself broke. He strove to get back in the saddle as soon as he could but it was an uphill struggle… until one of those serendipitous moments occurred that so often foretell life-changing events. One day in July 2017, just as he got out of his car, his nose picked up the smell of barbecue… and it struck him – he had always loved grilling. No… in fact, he was absolutely passionate about it. So very soon after that, he took his trusted Weber 57 inch (144 cm) grill and a handful of sausages, and set everything up under a cheap tent by the wayside. His wife, dismayed, asked him what he was doing there, and he simply told her, “I’m opening a restaurant.” Lo and behold, someone stopped by his improvised stand to eat those sausages… and the rest is documented history.

The Bootgrill restaurant that emerged from these humble beginnings has little to do with the front yard BBQ Thierry started in three years ago. He has since elevated the most primal form of cooking known to mankind – that of roasting meat over an open fire – to an art form. He has transformed it to a sumptuous dining experience in premises that are convivial and chic at the same time, and complemented by a well-stocked wine and beer bar. On Fridays and Saturdays a live band adds to the jovial ambience.

If the motto of a dining establishment is #NoBeefNoBeerNoLife you know you’re in for something good in a down-to-earth way. But the Bootgrill goes a step beyond. The menu is filled with mouth-watering dishes from start to finish and built entirely around the experience of sharing. But barbecue is not a one-trick-pony – in fact, there are several cooking methods from smokers to slow food, direct and indirect heat – anything can be prepared on a grill, even desserts. And even though the restaurant is a self-styled American BBQ, complete with steaks, sausages, ribs, and burgers, there are also elegant grilled dishes that have originated in other cultures, like the Sicilian octopus which Thierry was taught to prepare by local fishermen, and the occasional nod to Latin America’s legendary cookery a la plancha or on the spit.

The protein that finds its way onto Thierry’s grills is prime meat – beef, pork, poultry, and fish, but also some meats dear to his French clientèle’s heart and palate such as lamb and veal. He insists on quality – and he himself today owns 5,000 premium cattle all over France which is raised the old-fashioned, organic, open air way. The beef is cut the American way to get the authentic char just right. The sides he serves are familiar yet kicked up another notch, like the truffled potato mash. Vegetables and salads are organic and locally sourced. And everything right down to the sauces and condiments is home-made or home-grown. The wine comes from carefully selected vintners (and yes, he does have his own Bootgrill label, a well-rounded Syrah/Merlot blend that is a perfect companion to hearty meat dishes), and the beer is local for the most part, with some good American brews thrown in for good measure. No shortcuts here at this restaurant. “It’s just taking a product and enhance it to its full potential”, the grill master says. 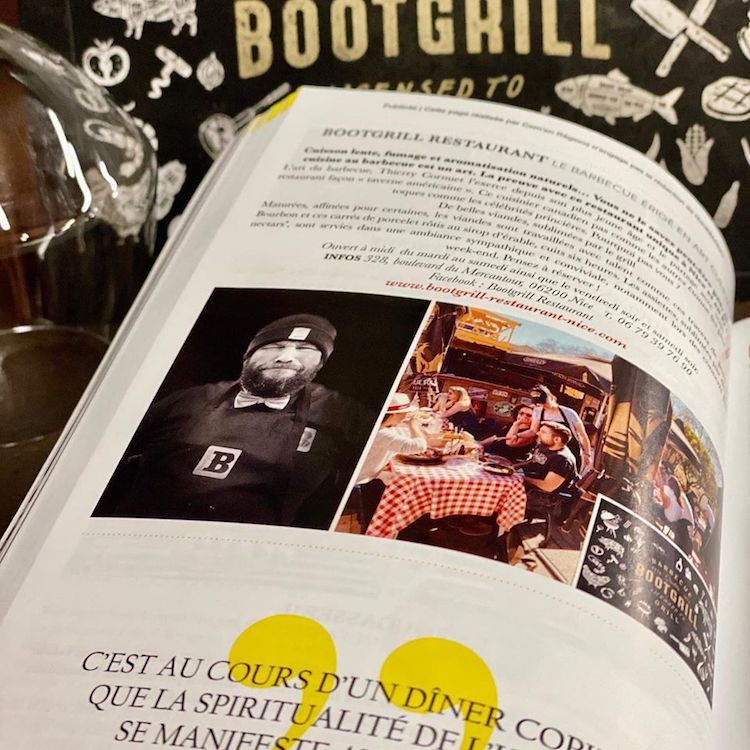 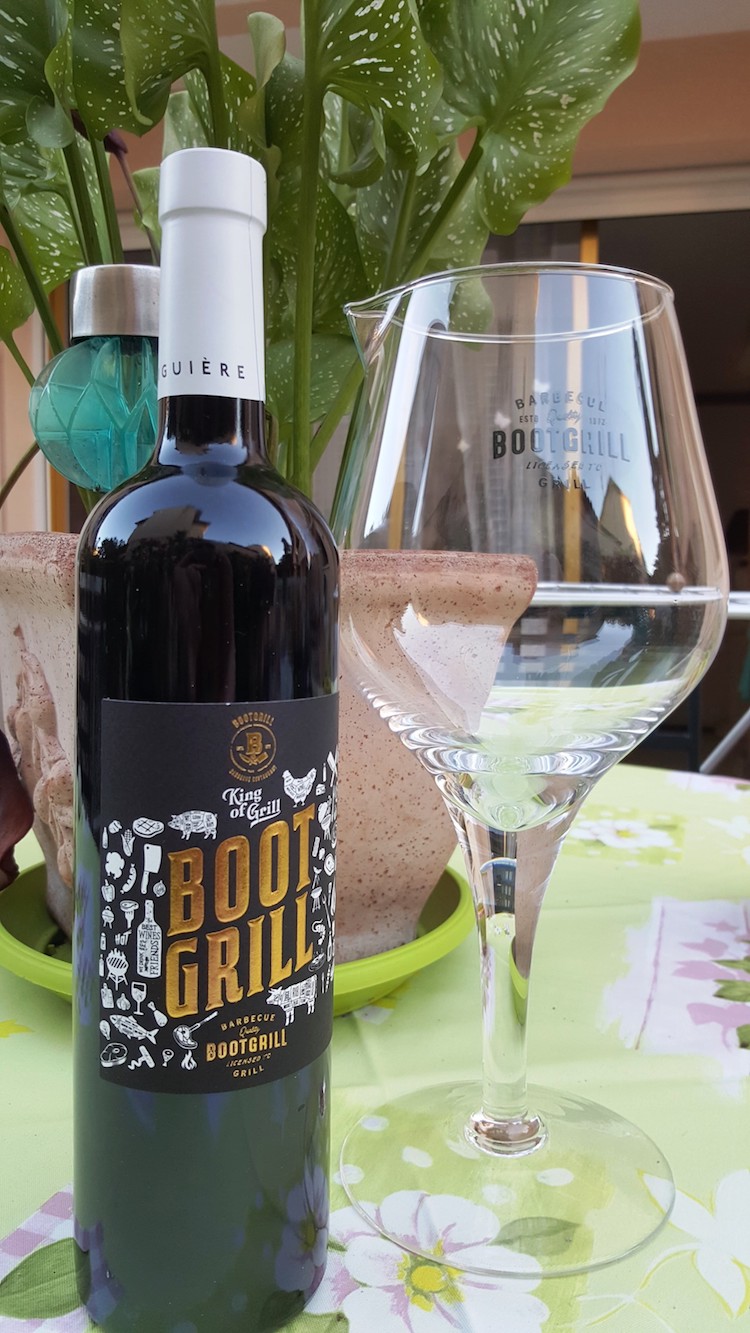 Alain Ducasse, arguably the world’s most decorated chef and one of Thierry’s VIP regulars, once told him, “Our craft begins where the artisan’s work ends.” Thierry actually never went to cooking school. But his self-taught skills, high standards, attention to detail, and flawless execution is what have made the Bootgrill the canteen of the region’s top chefs, VIPs, managers, and regular Joes. It has also taken the top spot of Tripadvisor’s Top 10 grill restaurants in PACA, and even the famous Gault Millau (2020 ed.) has awarded the Bootgrill the honour of being the first BBQ restaurant in France – and in Europe! – to be included in its hallowed pages. Thierry’s nickname of “the King of BBQ” is well earned indeed. And because he does not compete with any of the fine dining establishments, or even ethnic holes-in-the-wall, he is spared the ubiquitous jealousy so inherent to the trade of restaurateur.

All that success did not go unnoticed in the culinary business. One of Thierry’s major partnerships is with Weber Grill. The leading North-American grill manufacturer made Bootgrill, and by extension Thierry, its regional Ambassador. And because sharing is caring in the Canadian culture, he also adopted Weber’s “Grill Academy” concept, teaching small groups of amateurs how to get the most out of their stylish backyard cooking equipment. (Reservations may be made online.) 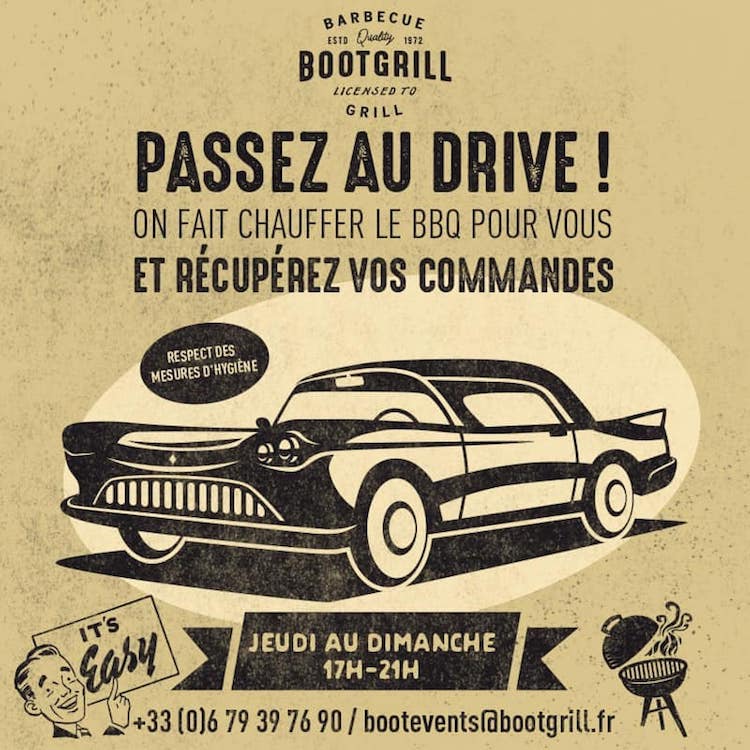 Not even lockdown could slow down Thierry. He improvised a drive-through take-out and soon had cars lining up outside the gate. Of course he wanted to make sure that his clients were well-fed and happy during this critical period but he also felt an obligation to his team: “I think of them as family and wanted to make sure they would all be able to keep their jobs and paychecks.” And the team thanked him for this effort by doing their part, preparing around 30 portions a day, serving those in the pick-up line or hopping in their cars to deliver food all over Nice and the French Riviera.

Grilling is undoubtedly Thierry’s passion but he has also developed a line of merchandise from sauces, pickles, and condiments in jars to baseball caps, straw hats, t-shirts, aprons, knives, plates… right down to fine stemware specifically made by a master glassblower in Reims. No shortcuts here either. But business is not everything to him – he gives back: he created a foundation in his son Gaspard’s name to help those in need. Of every merchandise sale, he donates €3 to the foundation.

And because this man is the textbook definition of hyperactive, he has any number of other projects up his sleeve. The opening of a “grill atelier” in St. Paul de Vence, which will also serve Sunday brunch, is in the works. Other outlets are currently being considered in neighboring towns and even further afield. Also, coming to the refrigerated section of a supermarket near you in September: a line of Thierry’s sousvide meat from his own production. Nothing, it seems, is out of reach for his ambitions.

Where does this drive for success and perfection come from, we want to know. “I remember my grandfather told me that three things were important in life. First, to play an instrument. Second, to be the best at what you are doing. And third, to never disappoint others,” he reminisces. Whether or not Thierry plays an instrument we did not ask but that he took at least the second and third advice to heart, is obvious, and can be detected in every tasty morsel. Don’t be shy to come – this Canadian chef does of course speak English, and the language of food roasted over an open fire is universal anyway!