For over 60 years, the Sordello family have welcomed guests through their doors, and continue to amaze with their culinary delights.

What started as a simple bamboo shack in 1947, selling fish soup and pan bagnat, has matured and evolved into the Restaurant de Bacon. A gastronomical restaurant serving; locals, tourists and the jet set.

The restaurant menu reflects what the Mediterranean has to offer, a selection of fresh local fish, the infamous Bouillabaisse and for dessert the ‘light as a feather’ mille-feuille. Dedication brings success; this family run business has retained a Michelin star for 33 consecutive years.

Perched on the Point de Bacon (hence the name), on the Cap d’Antibes, the restaurant overlooks the Baie des Anges. What a view! Your gaze follows the meandering coast line, from old Antibes, protected by its old sea wall, to the pyramid-like marina of Villeneuve Loubet on to Nice, Cap Ferrat, and on a clear day, right up to the coast line of Italy. Framing this picture is the impressive snow capped Alps. 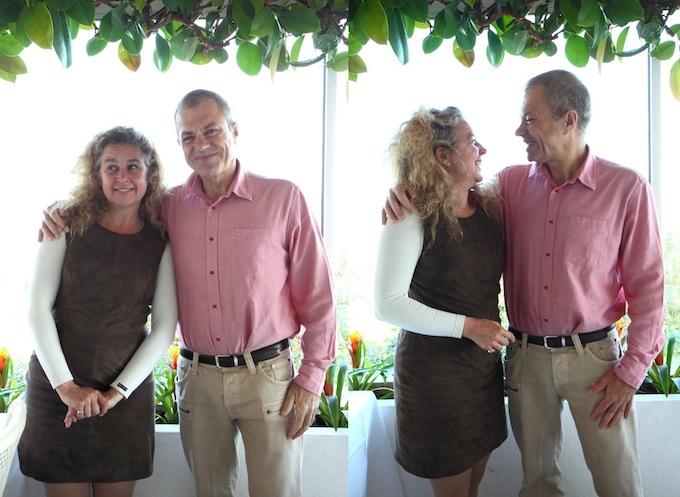 It is what swims in that azure pond, the Mediterranean, which brings thousands of people each year to the Bacon, the catch of the day. Like their grandparents, cousins Eve and Marc Sordello (pictured above) keep up the family tradition by serving only the best of local fish.

What fish is available? That depends on the season and what the local fisherman have hauled in. Leave it to the Sordello family and their kitchen team to prepare your choice. Grilled John Dory served with a sauce vierge, oven cooked Chapon served with a white wine sauce. Succulent salt crusted Sea Bass. 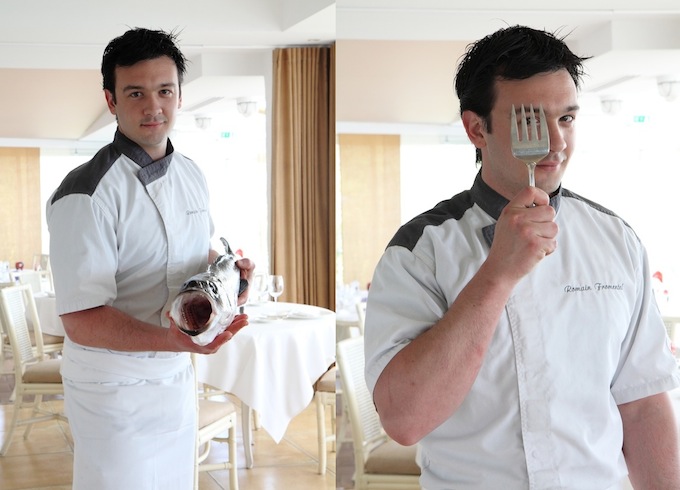 However, as Eve explains, it is the signature dish, bouillabaisse, which draws the crowds in. A punch to the taste buds: sea and saffron. The first spoon full of this terracotta coloured soup reveals the rich salty taste of the dozens of local rock fish used to prepare the soup stock. Spoon after spoon the flavour evolves; aroma of saffron, heat from chili, the tenderness of the fish fillets served in the soup. For those unfamiliar with this uniquely south of France dish, the Bacon is the address to head to.

This year, the Sordello family welcomed Romain Fromentel (pictured above) into the role as head chef. Romain is no stranger to the reputation of the Bacon, having worked as sous-chef at the restaurant for the last seven years. 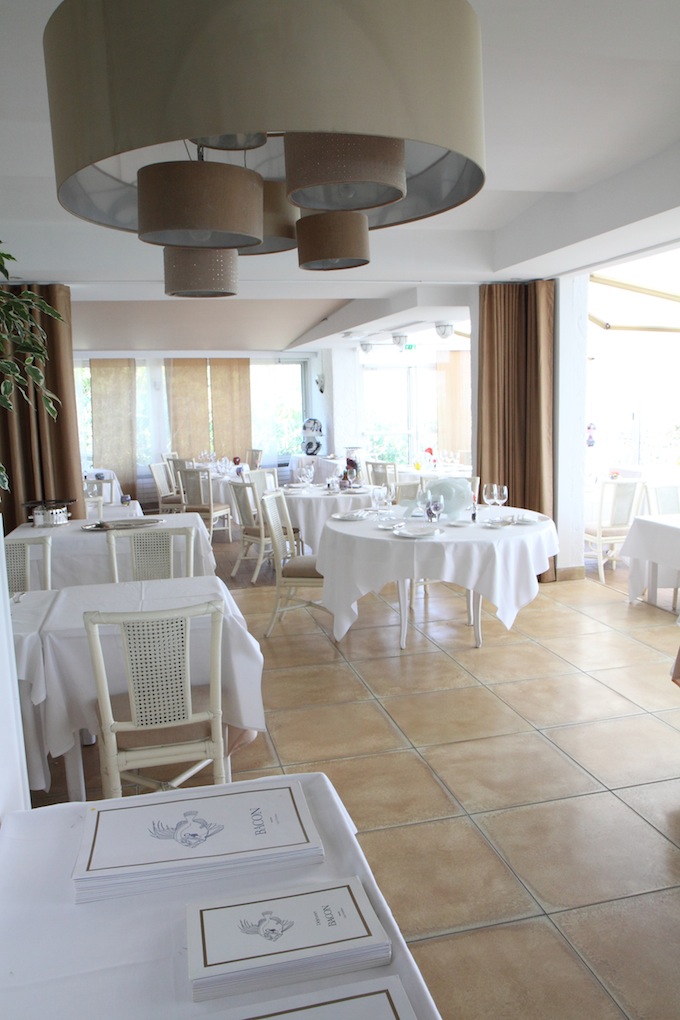 The restaurant proposes an à la carte menu (lunch and dinner) as well as the choice between two fixed priced menus for lunch (55 Euros or 85 Euros). If you are looking for an unforgettable dining experience, head to the Restaurant de Bacon to have a taste of what the Sordello family, Romain and the Mediterranean have to offer.