Monaco hosts the annual Printemps des Arts Festival under the patronage of HRH Princess Caroline of Hanover. An arts festival has been held in the Principality every year for over 40 years with the tradition dating back to the days of the Festival International des Arts, created by Princess Grace in the 1970s, and which was held from December to March each year.

In the early 1980s Princess Grace decided to modernize the traditional arts festival and following her death in 1982, Prince Rainier named Princess Caroline as Festival President and asked her to create the new Printemps des Arts which was inaugurated in 1984. At the first festival, the star lineup included artists Daniel Barenboïm, Ruggiero Raimondi, and Ileana Cotrubas. Since then, the festival has gone on to attract the great and the good of the arts world and over the years performers such as Renata Scotto, Montserrat Caballe, Yo-Yo Ma, Rostropovitch, and Luciano Pavarotti have all taken part.

The festival is not only about the performances, there is also a strong emphasis placed on learning and teaching future generations of performers, and many of the schools and colleges in Monaco and the surrounding area take part in the festival. Pupils from the École Supérieure d’Arts Plastiques in Monaco traditionally help to create the set décor and also participate in the concerts by working backstage to take tickets and promote the festival in the local area whilst music students from L’Académie de Musique Rainier III perform in the streets of Monaco during the 3 weeks of the festival’s run. 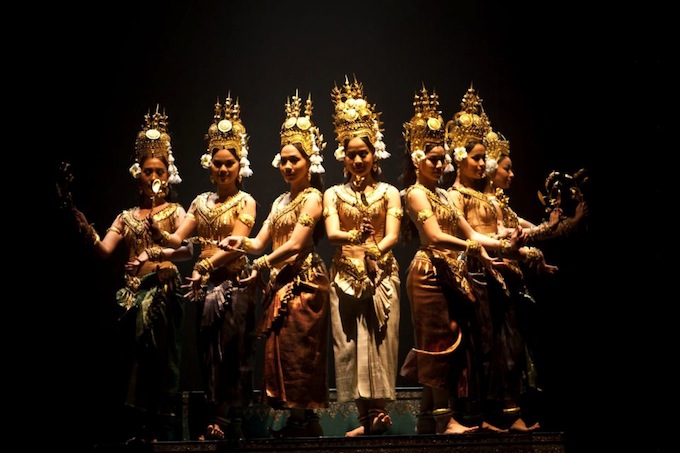 Last year, students studying media at the Lycée Carnot in Cannes filmed a documentary about the “Surprise Days” organized by the festival and this year ballet students from L’Académie de Danse de Monaco will also take part and perform in the festival as well as participating in a Master Class which will be given by dancers from the Royal Cambodian Ballet Company (pictured above).

The Printemps des Arts Festival is also dedicated to creating new work and has commissioned several new pieces of music and dance over the years. This year’s festival will include three creations written by composers Laurent Cuniot, Pierre Jodlowsky, and Philippe Manoury for the occasion.

The 2013 Printemps des Arts Festival will include music from three continents: Europe, Asia and Africa, and overall there will be 25 concert evenings in eight prestigious venues on the Riviera, performed by four orchestras, four quartets, one sextet, three ballet companies, two folk-dance companies and 11 soloists. 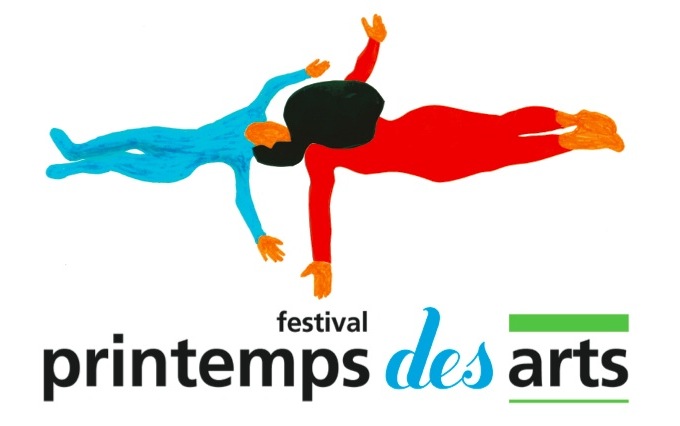 One of the festival’s most popular innovations during the last few years has been the introduction of the “Surprise Musical Trip”. During the festival’s run, the organizers plan a surprise trip to a secret venue and a musical adventure for the participants. This is a unique concept which has been very successful and past “secret locations” have included a steam train, a former slaughterhouse, a rotary printing-press, and a disused church in the old town of Ventimiglia. This year’s adventure will be held on the Sunday 24th March and both the artistic programme and the venue will be kept secret until your arrival on site……

The programme for 2013 is fully international and three events not to be missed during this year’s festival include performances from countries as varied as Cambodia, the Democratic Republic of Congo, and Germany:

On the 3rd weekend of the festival the main event will be the performances of traditional Khmer music and dance from by artists from Cambodia. During the reign of the Khmer Rouge, the policy was to systematically execute every dance master and musician in Cambodia, but since the 1980s performers and artists have been working to resurrect traditional music and dance in the country, and today the Cambodian Royal Ballet has been proclaimed part of UNESCO’s oral and intangible heritage of humanity. During this year’s festival 23 apsara dancers and 10 musicians will make their stage debut in Monaco with, choreography by H.R.H. the Princess Norodom Buppha Devi, Proeung Chieng, and Soth Somaly.

A highlight from the 4th weekend of the festival will be the Congo Event in Monaco when the only symphony orchestra in Central Africa, Kinshasa’s Orchestre Symphonique Kimbanguiste, will make their festival debut. The orchestra was formed in 1994 and was originally made up of a few dozen music-loving amateurs who shared the few instruments they had at their disposal. Rehearsals were organized in shifts so that everyone could have a turn. Today the orchestra has over 30 members and 200 musicians who will perform both classical and contemporary African pieces in Monaco accompanied by 4 troops of musicians and both folk-dance and ballet dancers.

Also during the 4th weekend there will be a poignant performance of “Degenerate Music” by the Monte-Carlo Philharmonic Orchestra with the Male Choir of the Monte Carlo Opera and narrator Mervon Mehta. The expression “Degenerate Music” was originally a shameful one and dates from 1938, when the Nazi regime outlawed Jewish and avant-garde composers from German society, labeling them “degenerate musicians”. In the post-war years these same Jewish composers’ works were shunned as an unwelcome reminder of the Holocaust and were not performed for many years. This concert pays tribute to those musicians who were either avant-garde, censored, exiled, or members of the resistance.

The 2013 festival runs from the 15th March to the 14th April, and there will be a party on Sunday 14th April in Monaco to celebrate the close of the festival. A full programme and information about all the events can be found on the festival website. So, all that remains for you to do now is to choose which events you want to attend and to go ahead and book your tickets to make sure you don’t miss out on this year’s arts extravaganza!