After Matisse and the Prom, it is the famous École de Nice’s turn to star in the city’s biannual celebration of all things arts and culture

If most anyone has heard about the artistic movement that carries the name of its home town, not all are fully aware of its tremendous influence on 20th century art. To recall its accomplishments in the 70th year of its foundation, and to highlight some of the associated artists, the City of Nice has placed the 2017 biannual museum festival under the leitmotif of École(S) de Nice.

After the inaugural edition in 2013 to celebrate the 50th anniversary of the Matisse Museum, followed by the 2015 Promenade(s) des Anglais event across 13 museums in town, this third version features a representative overview of the art and artists that have made the École de Nice one of the most influential contemporary creative movements worldwide. But it you look closely, Nice is the product of not just one but many different artistic movements throughout its colorful history…. hence the plural in the exhibit’s name. From June through October four locations around town have been chosen to showcase works, each with its own flavour and emphasis on an important part of the creative development over these past 70 years: 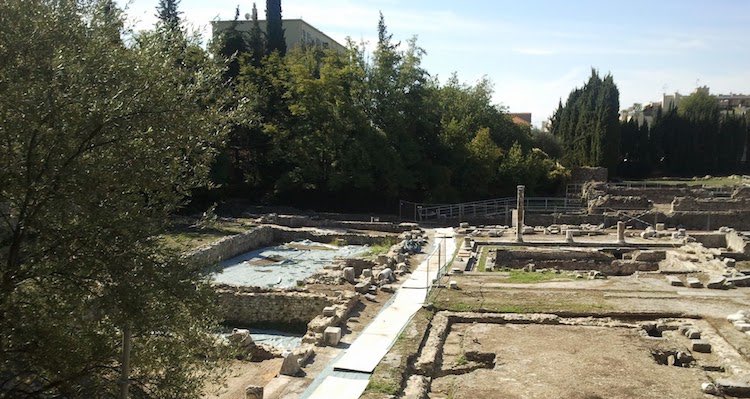 Here, the spotlight is on 400,000 years of Niçois history. From the town’s humble beginnings when the first humanoids settled on the spot that now houses the Terra Amata Museum, on to the Greeks and Romans who in rapid succession founded Nikaïa and Cemenelum (today’s Cimiez, pictured above), via the Ottoman battle resulting in the 1538 Peace Treaty, and the considerably friendlier invasion of the English tourists at the end of the 18th century… Nice has always been in the focus of foreigners wanting their share of this slice of paradise. A wide variety of artwork on loan, ranging from artifacts from the Terra Amata Museum to Jacques Durandi’s stunning baroque altarpiece titled St. Jean-Baptiste (1450), and all the way to French astronaut Thomas Pesquet’s photo of the Niçois coastline taken from space in January 2017, represents the city’s richly diverse history right through today.

Quite fittingly, the Museum of Modern and Contemporary Art is where the actual École de Nice art movement takes centre stage. This exhibit chronicles the three decisive decades in the wake of the 1947 foundation of the Niçois School of Art, which celebrates the territory’s rich colours and materials in all their exuberant abundance. Yves Klein’s patented Blue, César’s famous Compression Carton… familiar œuvres yet fascinating every time one comes face to face with them. Along with the main theme, smaller side exhibit focus on the topography created by light and time, and on the history within history… encounters, relationships and key locations. 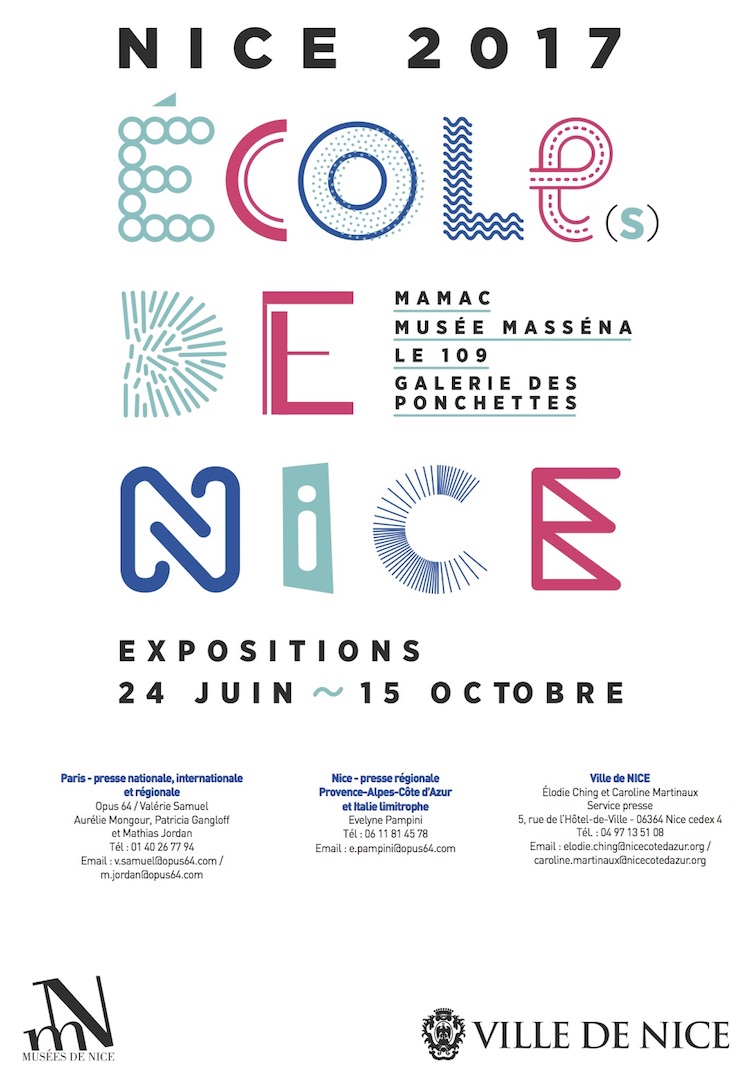 A master of capturing the geometry of landscape, Noël Dolla’s paintings focus on the very special aesthetics created by the natural contrasts of light and lines. At the same time the artist creates new layers by colouring portions of the motif in pink, lending the image a new dimension and restructuring the space. A series of his works, starting in 1969, features the mountainous Niçois hinterland.

The Supports/Surface sub-movement, a product of the late 1960s, has been a key influencer of the more recent École de Nice era. Many artists that followed it had regular contact with their peers overseas, chiefly New York, the world’s navel of modern art. This exhibit showcases the dialogues over generations and geographies, telling of the mutual inspiration, and of research into new and creative expression.

This new ensemble of summer exhibits across Niçois museums is placed again, and for the third time, under the leadership of Jean-Jacques Aiguillon, former French minister of culture. The significance of the École de Nice movement is such that the Centre Georges Pompidou’s opening exhibit (Paris, 1977) revolved around it, as he reminds the public. For Christian Estrosi, President of the Region and the Metropolis, it only underlines the importance of Nice as a leading French city of arts and culture, second only to Paris. A reputation that the Niçois are rightfully proud of and work hard to maintain. 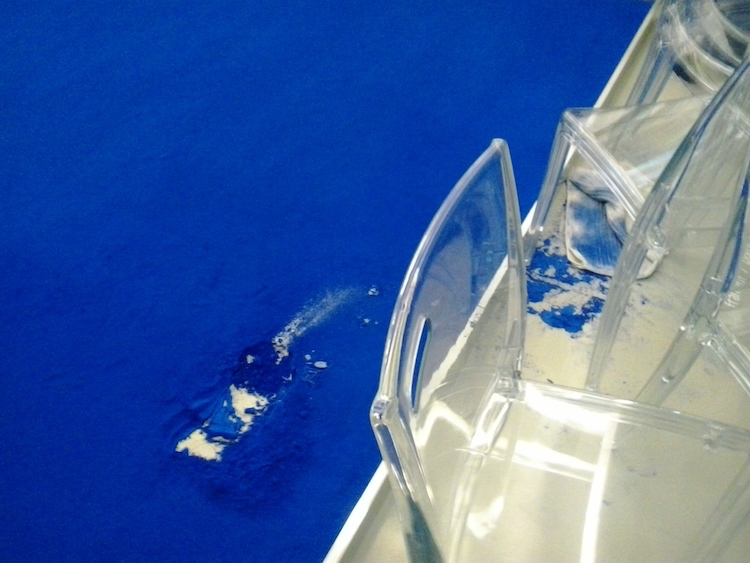 You will love this exhibit, of that we are sure, but try not to follow the example set by an anonymous visitor: he was listening to the presentation with such deep attention that he forgot to mind where he stepped, marching straight into Yves Klein’s chef d’œuvre ‘Blue’… A small step for mankind, a huge damage to the immortal work (see above). Or maybe a symbolic circle closing, from the first footprint left on Niçois soil 400,000 years ago to this one, anno 2017.