When Daniel Benoin, one of the leading French theatre directors, had anthéa built from scratch in 2013, two things seemed a given: the theatre would soon become a resounding artistic and commercial success, and its house company Collectif 8, which Benoin had swiped from the TNN, would go from great to brilliant. And both premises did not only become a reality but surpassed everyone’s most daring expectations. Small wonder therefore that the five year anniversary of anthéa’s opening features yet another C8 play: Marginalia is a revisited and updated version of Edgar Allen Poe’s “Double Assassinat dans la rue Morgue” with which the company around Gaële Boghossian and Paulo Correira had previously already had tremendous success.

A young girl and her mother were killed in a closed room without an exit, and there are neither any clues nor a motive. Charles Auguste Dupin, an impoverished aristocrat with an eccentric sense of humour, investigates the double murder. With his extraordinary analytical abilities and his keen observation skills he reconstitutes the gruesome circumstances. The public will peer at the crime scene as events that led to the murder begin to fall into place like seen through a kaleidoscope. 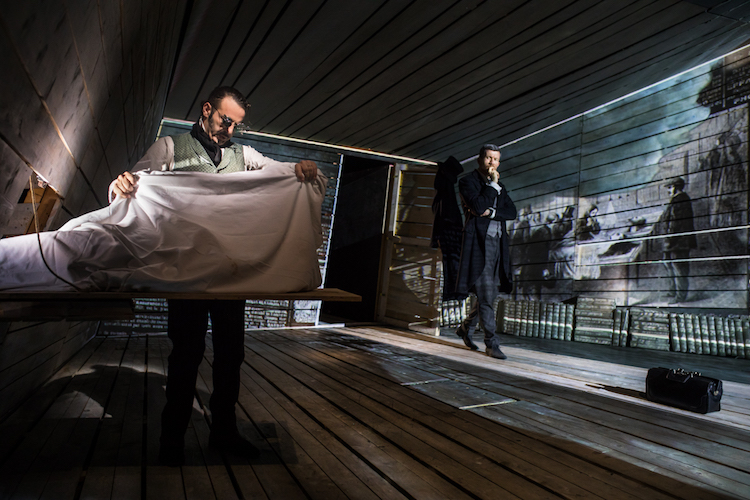 Edgar Allen Poe’s work distils a multitude of fascinating facets. Famous for his dark streak, this is his first crime novel. His hero Dupin is Sherlock Holmes’ ancestor, it turns out. But this novel goes beyond a whodunnit, it explores the workings of the mind, a subtle study of human nature in all its fragility.

Poe would have great influence on other writers, notably in France. Jules Verne’s science fiction traces its roots to the American writer. And Charles Baudelaire, who translated many of his contemporaneous fellow authors’ works, said that in Poe’s poetry “there is something as profound and reflective as a dream, something mysterious and perfect like a crystal”, and qualified the author as someone of tremendous genius, as deep heaven and hell. This is why Collectif 8 chose to pull from Poe’s collective body of work, according to Gaële Boghossian who adapted the play and also directs it. “Poe’s characters find themselves at that threshold between waking stage and sleep, just when the spirit glides into another world. The diabolical spirit one can encounter there takes us on this journey to Marginalia.”

Exploring the drenches of the human mind is what Collectif 8 excels at. Many of their plays centre on obscure characters and human fallacy, from Alice to L’Île des Esclaves or La Religieuse. The company’s unique and proprietary scenographic style – the blend of theatre and videography called cinéâtre – opens a whole new artistic dimension where the story’s reality and the fabrications of the protagonists’ minds meet effortlessly. Often dark, stark, raw, and sinister, but always of immense aesthetic elegance – there is a reason why Collectif 8 is one of the premier French companies, lovingly nurtured over the years by Daniel Benoin.

To see this play is to indulge in some of the best contemporary theatre there is, but also to honour anthéa’s fifth which in such a short span has become one of the nation’s great cultural jewels. Here is to many more successful years of collaboration between this winning team! 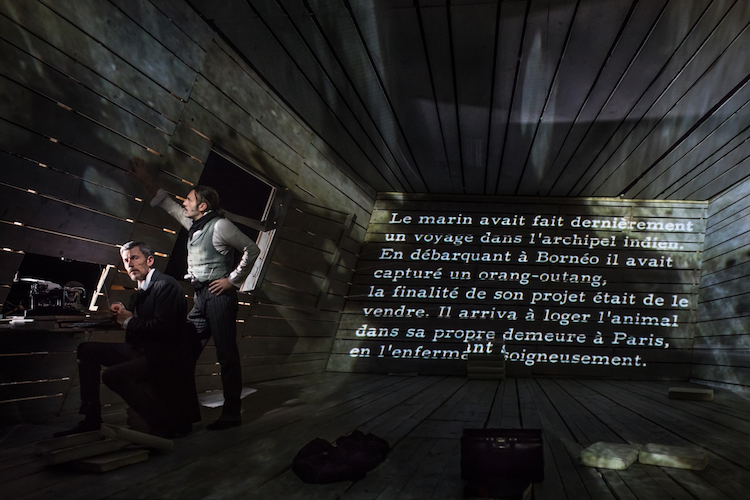 PS… Did you know that now you can become a sponsoring member of Compagnie Collectif 8 to co-finance their next great venture, Faust? Further details available on the website.