The new programme for the TNN’s 2015/16 season has just been announced, and there is much more to it than just great plays.

When Irina Brook took over the TNN last year, one of her first actions was to institute an annual Shakespeare festival, called Shake Nice. This year, she takes this motto a step further, shaking Nice not only with ye olde English bard’s works but with a big, timely, and important message. Every theater patron, every Niçois is included in her quest to bring about a change of mind and consciousness, a sense of awakening to the problems of the world and the state of our planet, but also our intrinsic interconnectedness.

When you listen to Irina, one particular Shakespearean woman comes to mind: Rosalind, the intelligent, quick-witted, beautiful, strong heroine of As You Like It…. one who is loyal to the ones she loves and knows how to extract the best qualities from others. The willowy, youthful TNN director steps up to the podium to present her new programme… unassumingly, low-key, soft-spoken, and with that trademark gentle smile of hers… but she is not a meek one, her strength and vision expands far beyond the marble theater walls. She has a personal leitmotif that also runs through the upcoming season’s plays and events like a red thread: 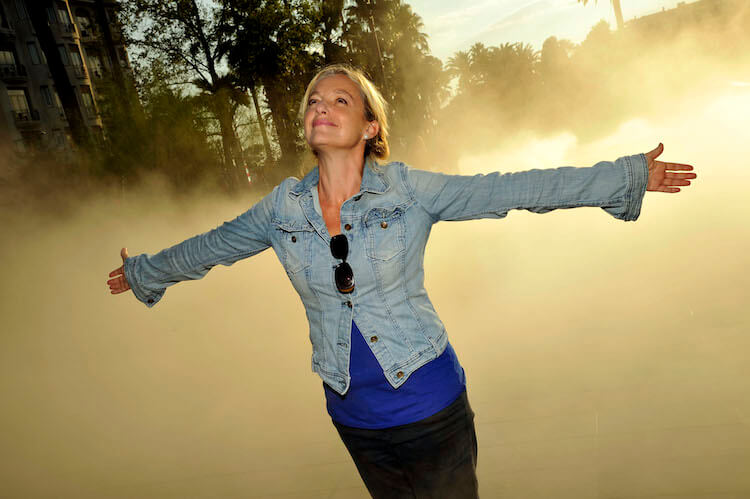 ”I have never been ferociously political, and I have no intention to become so now,” she opens her talk. “But I look around me and I see all these huge problems we are facing – wars, refugees, the health of the planet. And it is impossible to not put theater in the service of humanity. It is the only vehicle that is left to us to make this world a better one.”

And Irina is planning on doing so through the shows and artists she has chosen for the year ahead. A colourful program, with lots of laughter and lightheartedness. With classic authors revisited and brand new ones experimenting. With old friends like Dan Jemmett, Hovnatan Avédikian and Jeremiah Nussbaum who have graced the TNN stage before, and with young talent that steps out for the first time. With festivals, happenings, comedy and tragedy, music, dance, clowns, and acrobats, inside the venerable theater and outside all around town, onsite at theater workshops and offsite at conferences. But whatever has the TNN name on it, comes with a loudly resonating message to engage in the great battle we all have to fight, not as individuals but collectively…. “and don’t forget to laugh while you’re doing so!”

We ease into the new season with some familiar names, from Henri Purcell to Molière, via The Hov Show (under Irina Brook’s direction) which was already an audience favorite this past year, and on to Tchekhov’s Platonov which in Les Possédés’ original version has nothing of his typical heaviness.

And soon we get to the first grand highlight this season: Peter Brook himself will do us the honours. At 90 years of age, Irina’s father is still unstoppable, and how lucky is Nice to benefit from the Living God of Theatermaking’s visits to his talented daughter who is firmly and courageously following in his footsteps! From November 20-25 he will present The Valley of Astonishment, a humorous quasi-documentary on the exploration of the human brain (in English with French subtitles). 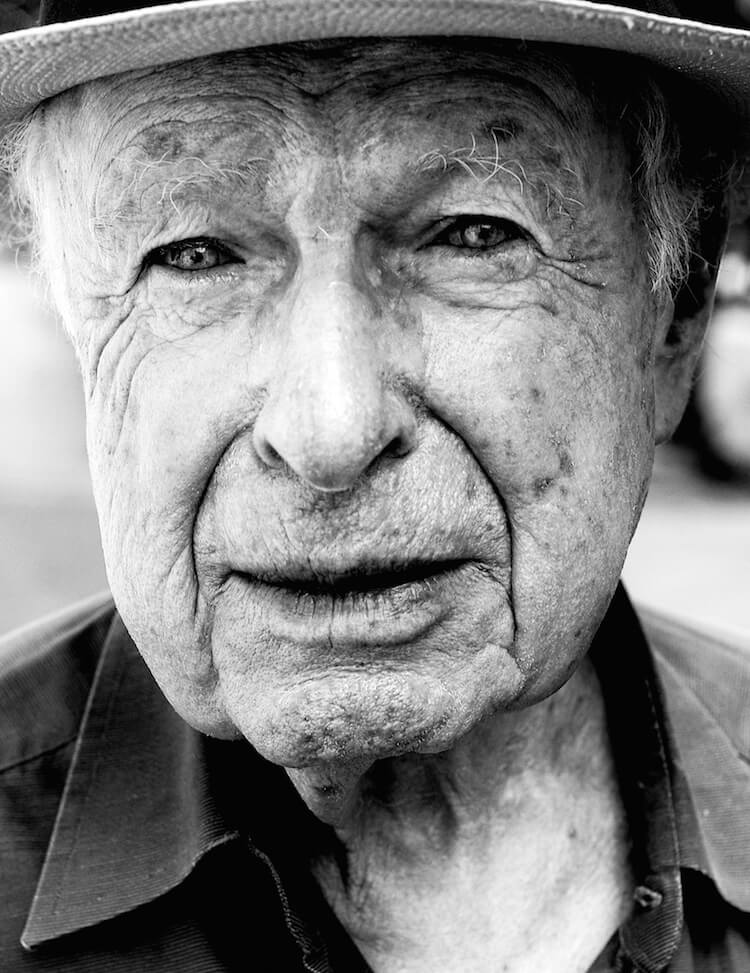 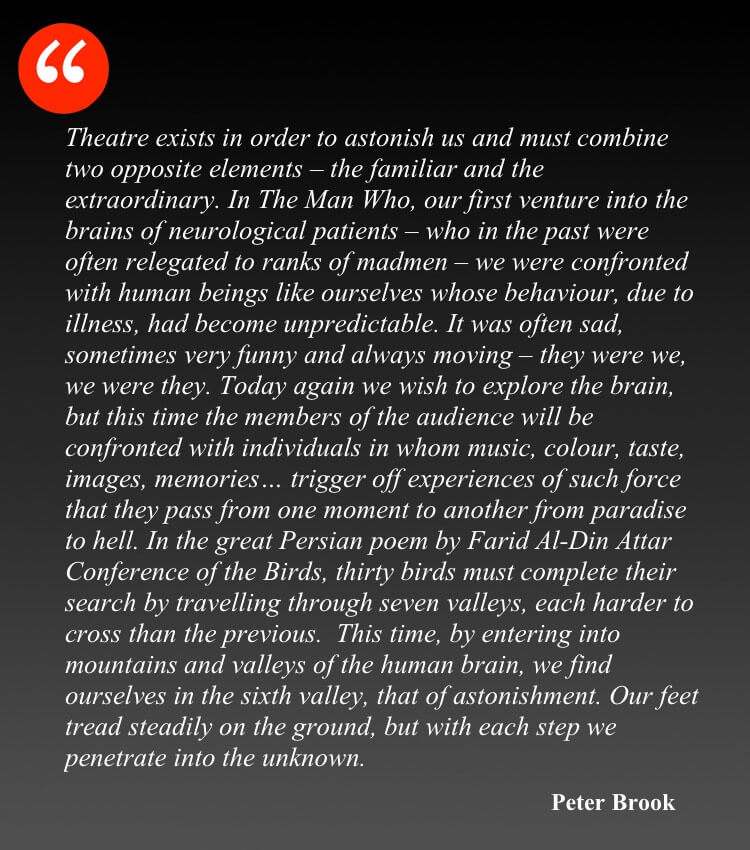 This gem is followed by the festival that is this season’s namesake, “Reveillons Nous” which revolves around ecological themes, ranging from the present well into the future, and presented in plays that got the Brook stamp of approval for conveying weighty messages in a playful and festive, yet philosophical way.

Like in the past season, the Shake Nice festival in January is again a treasure trove of creative adaptations of the English bard’s immortal texts, including Dan Jemmett’s very funny take on Twelfth Night, Shake. Also do put a red circle around Oliver Dench’s One Man Hamlet (yes! ONE man! Hamlet!) which is performed in English with French subtitles. And no Shakespeare festival would be complete if Irina herself didn’t get involved, this time heading a pedagogic project with the youth of Nice, Shakespeare free style. 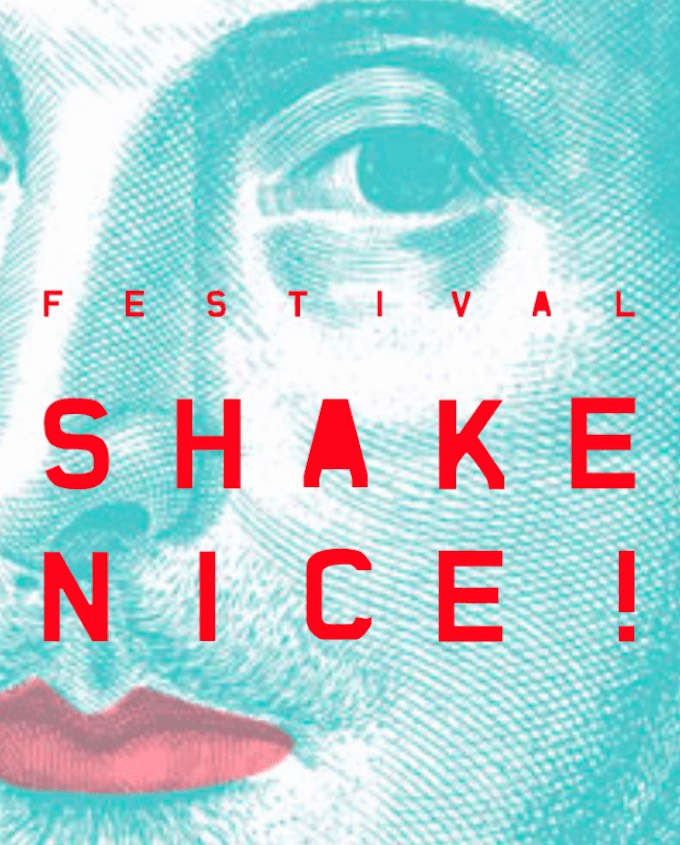 Fans of the great young Italian author Stefano Massini have doubly reason to rejoice in January when Irina Brook directs his play Terre Noire, specifically written for her. How can we resist globalization and find back to our roots? Another Massini play is scheduled for the same time frame, Femme Non-Rééduquable, an homage to Anna Politskovskaya, the Russian freedom fighter killed by Putin’s people for speaking up. Working with Massini also represents a newly established collaboration between the TNN and the Piccolo Teatro di Milano that Irina is rightly proud of.

And not long after that, another Irina Brook creation, Lina Prosa’s Lampedusa Beach in early February – a young boat refugee’s monologue in her final hours out on sea. Fitting in well with the same theme of migrants, Hovnathan Avédikian’s Esperanza.

A bit of a change of pace in March when we get to a theater classic, Les Liaisons Dangereuses, no introduction needed. But rest assured that this adaptation holds a few funny surprises…. 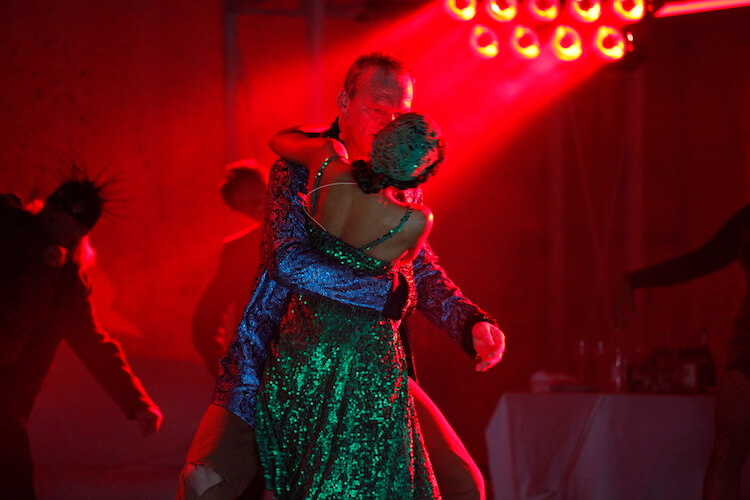 Among April’s shows, spend one night with Peer Gynt before he goes on tour abroad. We can only hope that Irina Brook’s signature piece, the one she opened her TNN tenure with, will become an annual staple. Right around the same time, don’t miss Pascal Légitimus’ hilarious take on topics such as GMO and pesticides, all fitting in with the season’s overarching theme of consciousness for the planet’s problems and our own health.

The musical vein that Peer Gynt rings in continues in May when we are treated to a whole month of concerts ranging from David Zincke to Juliette Deschamps et Bertrand Belin. And the 2015/16 season will sign off with an artistic firework called City by young Niçois Joris Frigerio whose company Les Hommes de Mains presents a spectacle mixing acrobatics, dance, texts, and video.

“A nourishing meal, but not too heavy,” as Irina puts it. And yet, these are just a few of the 45 shows on tap. (Get the full program at the theater kiosk on the Promenade du Paillon, opposite the TNN, or see the theater’s website for all additional details, including the purchase of season tickets.)

As always, lots of readings, impromptu activities, and other surprises throughout the year, so do keep an eye on the TNN Facebook page as well to be the first to hear what’s going on. There will also be other activities like an organic market, and of course a repeat of the new TNN tradition of a traditional Christmas market and a summer solstice fest at Emmaüs. And lots more! The Théâtre National de Brook has become a place of creative and artistic encounters for the people, with the people.

But as dear as a colourful, sparkling, entertaining programme is to Irina’s heart, and as much as she wants you to animate others who have never been to the theater before to come along and see what it’s all about – most of all she wants you to be open to her appeal to do your part to save the Earth, which ultimately is the source of all our lives and well-being. We depend on a healthy planet, just like we depend on each other. Or to speak with the immortal William Shakespeare, a visionary like Irina Brook, “One touch of nature makes the whole world kin.”