A regular at the TNN, the Neapolitan singer-actor-film maker is one of the busiest people in show biz. And one of the most interesting ones.

To peg Mauro Gioia is an impossible thing. He was born in Milan but is really Neapolitan. He is a musician, actor and film maker but describes himself as a stage designer who tells a musical story. His frame is slight but his voice is huge enough to fill an entire 1,200 seat theater without a microphone. His repertory ranges from popular Italian music to circensic vaudeville but he is a true opera lover. Who is this mysterious and contradictory artist whose shows have been a staple of the Théâtre National de Nice’s program for many years?

First impression off stage: A soft-spoken, unassuming guy with an intellectual bent rather than the stereotypical flamboyant artist. And the contrasts only begin here. Mauro, or rather Maurizio at the time, was born in Milan in 1966 but his parents, a family of chemists, moved to Naples when he was just 4 years old, and his upbringing at the foot of the Vesuvio volcano shaped who he identifies as. His teenage years went by quite uneventfully, and when the time came to pick a career, he enrolled in the Academy of Fine Arts, specializing in stage design. But pretty soon he heeded his passion for music, as a singer, drummer, and saxophonist, and at age 21 Maurizio gave birth to his alter ego Mauro Gioia, performing as what he calls “a tacky crooner” of old Neapolitan songs.

Mauro’s first program, titled Piedigrotta Gioia was a colourful mix of cabaret, belcanto, and silent movie with more than just a casual bow to his Neapolitan hometown and its annual music festival. And success wasn’t long in coming: in 1995, he took the Bastille by storm – the Théâtre de la Bastille in Paris, to be precise – and then the Théâtre de la Ville. “Why Paris, with an Italian-centric program?”, we want to know. “The French theater scene is actually quite open to foreign cultures and music,” Mauro explains. The following year, he toured the French festivals, and also made his first stopover in Nice, playing at the Théâtre de Nice, as the TNN under Jacques Weber was then still called. And from there, Mauro took his show on the road all over the world. 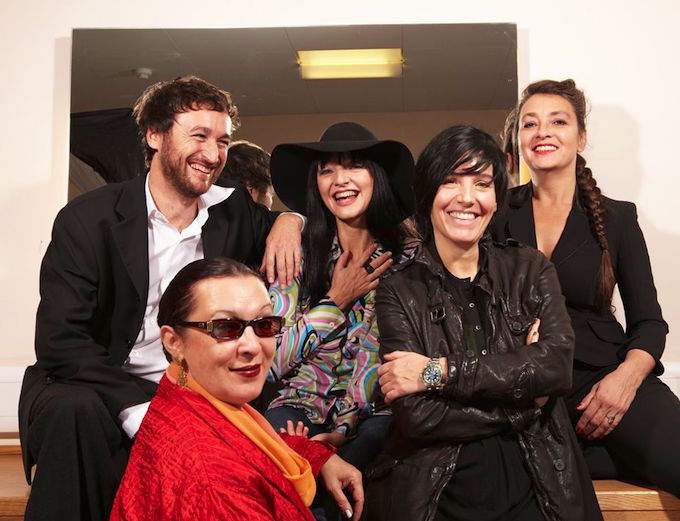 Fast forward a couple of years, and Mauro had established himself as a fixture in the European music theater scene. But he didn’t just want to stand up there on stage and sing…. What he really wanted was to put his knowledge of stage design to good use, creating a theatrical musical show steeped in his cultural roots. The love child of that union was called Cabaret Nino Rota, based on the songs of Federico Fellini’s favorite film composer who like Mauro was also a Milan-born Neapolitan transplant. And together with Alfredo Arias, the world class music stage director from Argentina who had already directed Mauro in other shows such as Concha Bonita (with Catherine Ringer) he wound up performing 300 times around the world from Paris to Rome, Buenos Aires to Sydney, and anywhere in between.

Over time, Mauro also hatches a plan to collaborate with Catherine Ringer and other friends in the music industry to record duets of Nino Rota songs, and he, the autodidact, does not shy away from inviting an all-female dream team of musical entertainers, from international stars like French singer Catherine Ringer, to German musical star Ute Lemper, Spanish new wave flamenco singer Martirio, Portuguese singer and actress Maria de Medeiros, Brazilian musician Adriana Calcanhotto, Argentinian artist Susana Rinaldi, and Sharleen Spiteri, the lead singer from the Scottish band Texas. Together with these formidable performers he personalizes Nino Rota’s songs to reflect his partner’s individual musical identity, from tango to rock, from flamenco to Broadway, all backed by a seven-piece orchestra. Rendez-vous chez Nino Rota is originally an album but Mauro doesn’t consider himself much of a recording artist, his true passion is the stage, and so he works on a show which debuts in Naples in June 2008, causing nothing short of a roaring sensation. And quickly Mauro finds himself back on tour.

How between recording and touring, Mauro Gioia still finds time to make his first documentary, La Visita Meravigliosa (The Wonderful Visit) is astounding, and yet he does. The film tells the story of Nino Rota’s nephew trailing through Italy in an old camper, trying to find people who knew his uncle. And slowly, a personal portrait of the great composer develops…..

Maybe it was that documentary that prompted Mauro to do some genealogical research himself. In his family, there was talk of a great-uncle – supposedly also a singer – who in the first half of the 20th century had emigrated to New York but then was never heard of again. And so one day in 2012, Mauro set off to Brooklyn to find out more about his mysterious relative’s whereabouts. Alas, it was not to be. What he did discover though was a whole community of American fellow musicians, all of them also descendants of Italian immigrants. Among them: Mark Plati, Jim Boggia, and Lisa Germano, each and every one an accomplished musician in their own right. They quickly struck up a friendship which would soon evolve into collaboration. And so Lostland was born, the musical show about a phantasmagorical character coming from Italy to the Big Apple, and the encounters he makes there. Last November, the show stopped over at Irina Brook’s Théâtre National de Nice. And yes, Mauro the Indefatigable, also turned Lostland into a road movie:

But just as soon as the last tunes of Lostland were starting to fade from your mind, you could see Mauro again at the TNN, this time with a musical theater production called Circo Equestre Sgueglia where he takes on the role of Emcee. The story of the lives of a “family” of circus artists, their daily strives, their hopes, dreams, disappointments, and rebirth, based on texts by Neapolitan author Raffaele Viviani, and adapted and directed by Mauro’s old friend Alfredo Arias. Comic and entertaining on the surface, there is deep poetry at its core if you care to look closely….. This play is currently touring Italy and France, and earns the troupe standing ovations wherever they go.

A theme emerges, and the pieces of the puzzle of who this seemingly so contradictory artist Mauro Gioia is, have come together. His work is really a reflection of his biography from his deep Neapolitan roots to his intangible ties to New York, and of his personality which is as humble as it is intellectual. Perfectly trilingual in Italian, French, and English (not even counting Neapolitan which is its own language, much like Nissard in the Countéa de Nissa), he is deeply tied to his native land, and yet he is at home anywhere on the planet. “Home” is Paris for now, but he is always happy to come to Nice, “a town that I love and where the TNN and its staff has become family to me over all those years.” He jokingly attributes his wanderlust to the fact that he was born on May 4, the traditional annual day of moving house in Naples…. “that must have rubbed off on me,” he says with a wink.

Typical for him, his mind is already on his next project. “I am working on a bilingual road movie, the story of two sisters who were separated at a young age and grew up in Europe and the US respectively. They meet again many years later and compare their lives which have been so different and yet so similar in many ways”, he shares with us. 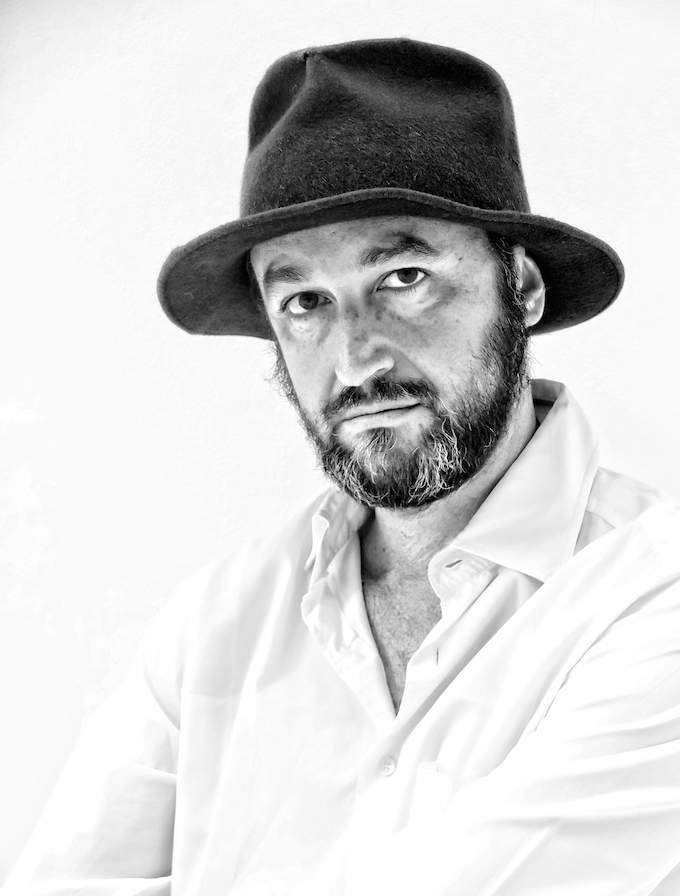 There you have it again, the harmonious dichotomy that is Mauro Gioia. Always a juxtaposition, always a contrast which in the end will mesh perfectly. Just like himself, just like his career. Or, to quote the first line of his song A Shake of Love, “For every action, there’s reaction”… In times when most artists try to adapt to the taste of the masses, it is refreshing to see there are still those out there who remain true to themselves, like he does. Nice is looking forward to having you back on our stage soon, Mauro!