Some things never seem to go out of fashion and while decades may pass, Depeche Mode’s career is showing no signs of slowing down.

2017 is indeed going to be a busy year for Dave Gahan, Martin Gore, and Andy Fletcher, who are not only planning to release a new record in the spring, Spirit (their 14th studio album), but also to embark on an European tour from May to July to support said album.

Definitely great news for both lifelong fans and new aficionados on the French Riviera, who will have a chance to see the UK band live when they stop at the Stade Charles Ehrmann in Nice on the 12th of May.

While we can expect to hear such classic hits as “People Are People”, “Master and Servant”, “Enjoy the Silence”, and “Personal Jesus”, the synthpop heavyweights will also be playing songs from their new offering, which is being produced by James Ford of Simian Mobile Disco (Foal, Artic Monkeys) and reportedly features additional programming from techno star, Matrixxman.

It will be a follow-up to their 2013’s Delta Machine, which was produced by Ben Hillier, and to their upcoming Video Singles Collection, a career-spanning anthology of music videos and comments that is due next month. Not bad for a band that has been around since 1980! 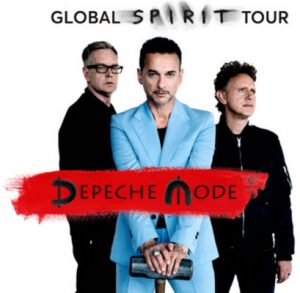 Famous for their dark, electro sound that propelled them to global success, Depeche Mode is still one of the most influential groups in the world today, having sold more than 100 million records over the years. They have even been hailed as “the most popular electronic band the world has ever known” by Q magazine, and as “one of the greatest British pop groups of all time” by the Sunday Telegraph.

With this exciting event, the upcoming musical season in Nice is definitely off to a great start!

Depeche Mode plays the Stade Charles Ehrmann in Nice on Friday, 12th of May 2017 at 7:45pm. Tickets go on sale on the 14th of October and range in price from 62 € to 89.50 € and can be purchased through all the usual outlets or booked online.