The traditional start of the European clays court season gets underway in April with the Rolex Monte-Carlo Masters, pitting men’s tennis elite against a young generation of players eager to prove its mettle

The eyes of tennis fans all over the world are once again turning to Monaco this spring when Top Flight men’s tennis comes back, and Rafael Nadal, the undisputed king of red clay returns to the court he calls home in quest of his twelfth title. Along with him, other top players have already signed up, among them Marin Čilić, Dominic Thiem, Kei Nishikori, Karen Khachanov, Alexander Zverev, and Stefanos Tsitsipas.

With Roger Federer’s participation open as yet, Novak Djokovic giving Monte-Carlo a pass this year, and Andy Murray still recovering from recent hip surgery, this ATP Masters 1000 tournament promises to be unusually exciting, leaving the door wide open to the young generation of players ready to upset the status quo. The final list of participants will be published on March 21. The honour of the draw goes to the defending champion Rafael Nadal and takes place on April 12. As every year, tickets go fast, so it is advisable to book early. 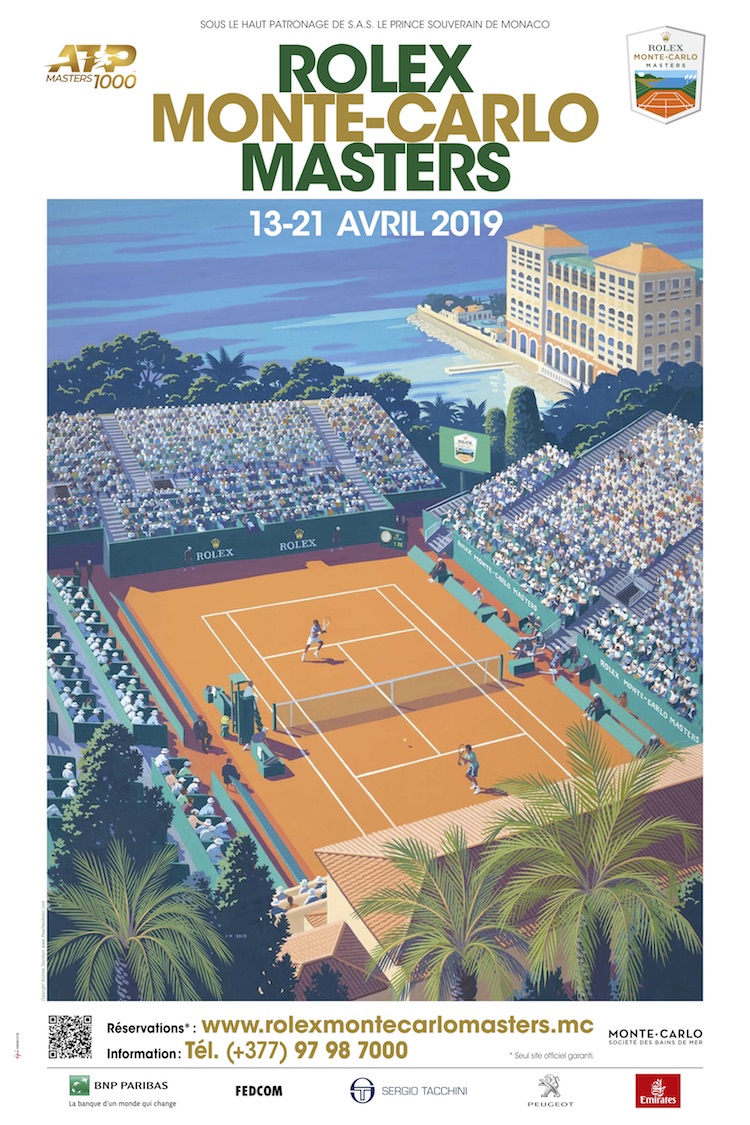 When in 2018 Rafael Nadal won his 11th Masters title on the hallowed clay of the Prince Rainier III court, he entered history as the first and only male player to defend his title eleven times in a single tournament. Along with Wimbledon, the Monte-Carlo Masters is the oldest running championship in the history of the sport. It draws increasingly larger crowds (a record of over 136,000 in 2018) and prize money (2018: €4,273,775), proof of its ever-growing prestige and its rightful place as one of Monaco’s most emblematic athletic events.

During the formal announcement of the Rolex Monte-Carlo event, tournament Director Zeljko Franulovic also presented new infrastructures as an extension to the existing Country Club facilities. The new building includes a players’ restaurant and interview room adapted to ATP Masters 1000 standards, and is slated to be finished in April.

As every year, the Rolex Monte-Carlo Masters features and supports a charity, and in 2019 the choice fell on the Monte-Carlo Red Cross, one of the most important organizations worldwide. The traditional event benefitting the charity is scheduled for April 12, 2019.

“The glory is being happy, it is not winning here or winning there. They glory is enjoying practicing, enjoy every day, enjoying working hard, trying to be a better player than before.”
Rafael Nadal, after winning his 11th Monte-Carlo title