When it comes to must-see destinations, one name that always comes to mind is that of beautiful Saint Petersburg.

Nicknamed the Venice of the North or the Paris of the East (depending on your preference), the city, established by Peter the Great in 1703 to replace Moscow as the Tsarist capital, is considered one of the most beautiful cities in the world, if not the most beautiful.

With its baroque and classical palaces, its numerous canals and bridges, its world-class museums and colourful churches, it is a spellbinding spot worth visiting any time of year. One reason alone to discover the city is the Winter Palace, the former state residence of the Russian emperors and now home to The Hermitage. Famous for its green facade, grandiose staircases and gilded state rooms,  it is well worth the detour. Its collection of more than 3 million works of art and artefact, including gems such as Leonard da Vinci’s Madonna, Caravaggio’s The Lute Player, Claude Monet’s Woman in a Garden, Pablo Picasso’s Absinthe Drinker, and Henri Matisse’s The Dance, could keep you busy for days, maybe even weeks. 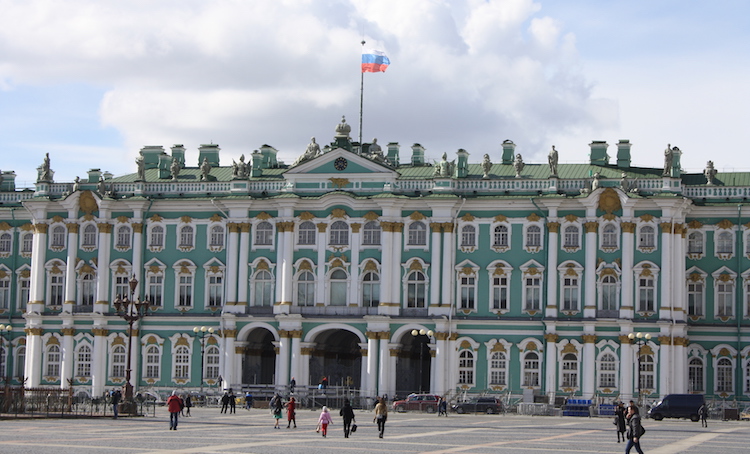 The Hermitage is just one among many recommended stops. The nearby Russian Museum, for instance, pays tribute to local artists past and present, while the new Fabergé Museum in the Stuvalov Palace displays more than 4,000 pieces of art, including a dozen or so of the famous Easter Eggs made for the imperial family by legendary Carl Fabergé. They are each individually designed with diamonds, gold, rhinestones and silver, and open up to reveal a surprise within.

Across the Neva, the Peter and Paul Fortress with its imposing bell tower, is one of the main symbols of the city. A former prison for high-ranking or political opponents, it is now the burial vault of the Romanovs. However, the most impressive religious landmarks may just be the Church of the Savior on the Spilled Blood that dominates Saint Petersburg with its whimsical onion domes. Built on the very spot where Emperor Alexander II was assassinated, it is decorated with incredibly detailed mosaics created by the most important Russian artists of the time. 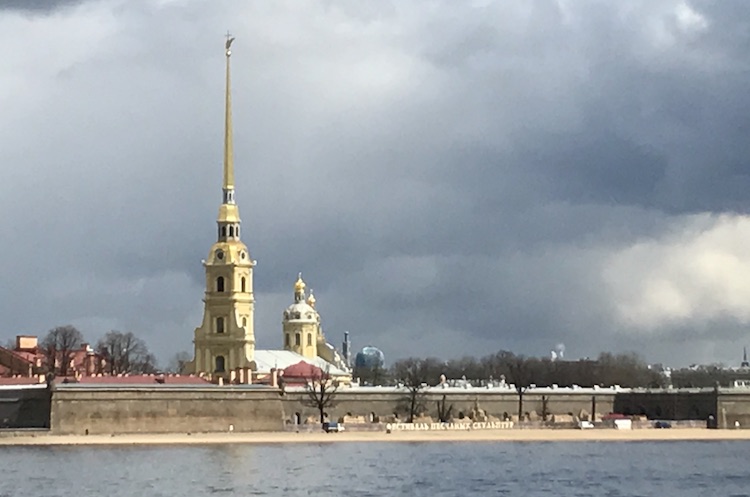 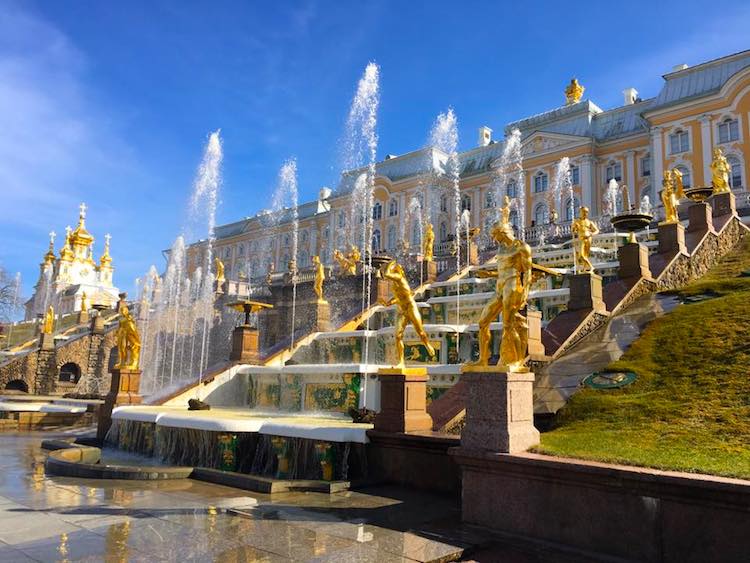 Cruising the city’s canals is always a pleasant experience, except maybe when the temperatures drop below zero, which can happen even in May, but strolling down Nevsky Prospekt, Saint Petersburg’s main avenue, is probably the best way to appreciate the sumptuous architecture. And if one wants to venture out into the countryside, Peterhof, the Romanov’s answer to Versailles, proves to be a fascinating place with its palace, Grand Cascade, dozens of water-spouting gilded statues, and royal gardens.

Centuries after Tchaikovsky and Tolstoy, Saint Petersburg definitely remains Russia’s most progressive metropolis and a cultural hub with a European vibe. Meanwhile, just four hours away by train, Moscow is by contrast as Russian as can be.

Full of contradictions, the political and economic capital is a huge city filled with historical landmarks standing alongside modern architecture, marked both by the Tsarist regime and its many decades under communist rule, at the same time unruly and business-driven. It certainly will not leave you feeling indifferent! 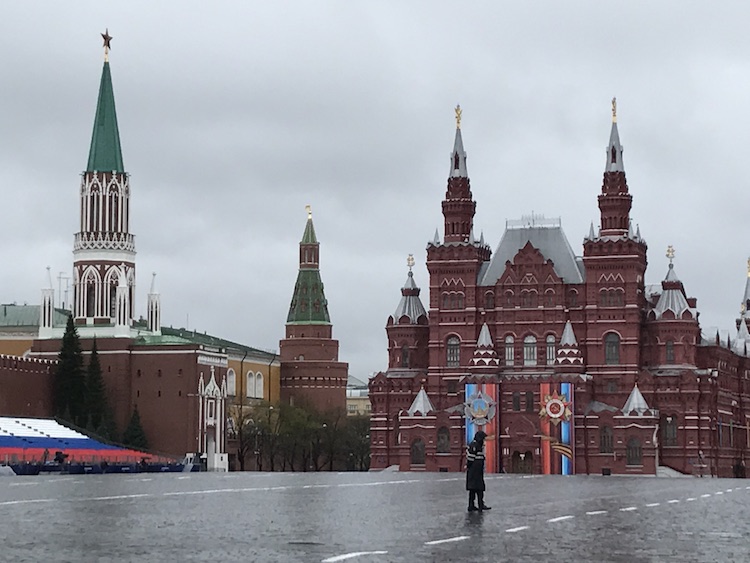 Any visit should of course start with the (in)famous Red Square. Located right in the heart of the city on the site of the old market place, it has been the focal point over the years for military parades, concerts, or just hanging out with friends. Originally meaning beautiful in old Russian, the place is now only referred as the Red Square, despite not being a square…or red!

Its most notable site is, without doubt, St. Basil’s Cathedral, the ultimate architectural symbol of Russia which, with its colourful cupolas, domes and towers, seems straight out of a fairy tale.

Another church on the square, that of the Cathedral of Our Lady of Kazan is worth a visit, just for the golden icon above the door. Not far from there, the State Historical Museum built during the 19th century, holds interesting exhibitions year-round, while the ceiling of its parade hall has the family tree of Russian tsars painted on it.

History buffs will probably want to stop by the Mausoleum where Lenin is frozen for eternity, but shopping addicts may just prefer to spend some time in the impressive GUM Department store to check some of the 200 upscale boutiques and have lunch at the Soviet-style cantine Stolovaya N10.

Another not-to-be-missed landmark is, of course, the Kremlin, the grandiose fortress that over its 800 year history has successively been the residence of the tsars, the communist leaders, and now the President. A self-contained village within the city, it includes the Presidential Palace along with many beautiful cathedrals, the Tsar Bell (the Broken Bell), the Tsar Cannon, a spacious garden, as well as the wonderful Kremlin’s Armoury museum and its vast collection of State Regalia, coronation dresses, carriages, Russian gold and silver artwork, Fabergé eggs, and ambassadorial gifts from all over the world. 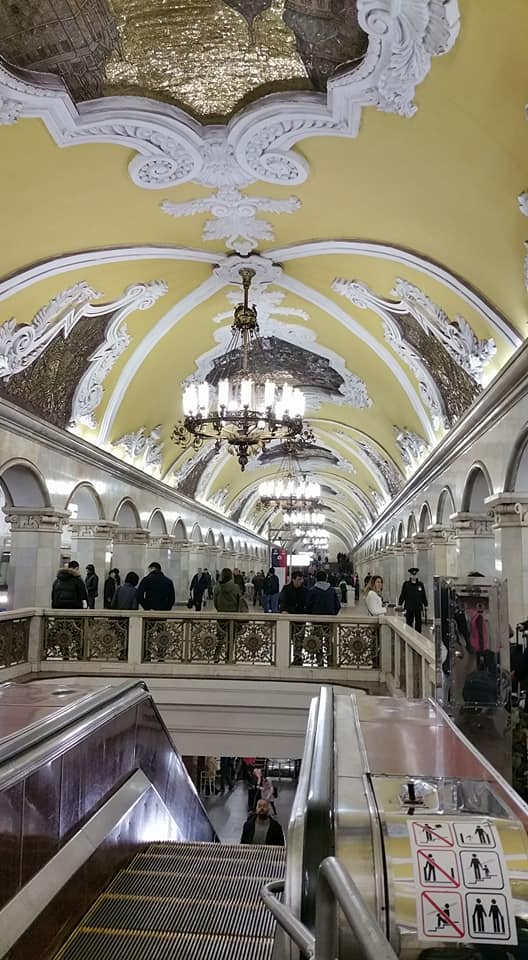 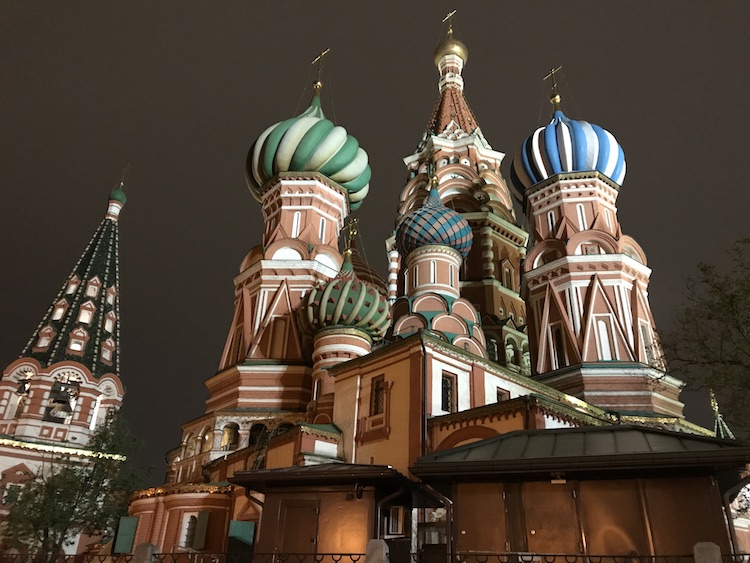 There is a wealth of fascinating buildings in Moscow, from the Bolshoi Theatre to the old headquarters of the KGB, but it may be underground that the city is at its most beautiful. Opened in May, the city’s metro is indeed a real art museum with its chandeliers, marble, mosaics and statutes that will blow you away.

Aeroflot offers direct flights from Nice to Moscow on a daily basis, and every day but Tuesday to Saint Petersburg.