Created in 2001, and originally premiered at the Grimaldi Forum in Monaco on 14th April of that year, Œil pour Œil (which translates as An Eye for an Eye) is based on a detective story by French editor, writer and translator of Italian literature into French, Jean-Marie Laclavetine. Written especially for this ballet, the story of Œil pour Œil is set in the dirty alleys synonymous with the detective novel, dealing with the issues commonly associated with crime fiction – revenge, corruption, the underworld, sex and predation.

The synopsis tells of three inseparable friends, Iris, Adam and Wolf – the two boys having been rescued from the slums by Iris. Unfortunately, they both fall in love with her, and the friendship is shattered when she chooses Adam. Wolf falls under the influence of the Octopus, an erotomaniac who reins over a bestiary of Chimeras and Dog-cops, and who monitors every corner of the city from surveillance screens. As time passes, Wolf is haunted by the memory of Iris and sets a trap for his rival to get rid of him. He gives her a briefcase which he has stolen from the Octopus, setting in train a hunt for the two of them, which has tragic results.

Jean-Christophe Maillot has done both the choreography and staging, and set the ballet to music by Alfred Schnittke, Arvo Pärt and Keith Jarrett. Costumes are by Jérôme Kaplan, with lighting by Dominque Drillot.

Œil pour Œil runs at the Salles des Prince, Grimaldi Forum Monaco, from the 28th April to 1st May, with proceeds of the opening performance going to the Monaco Red Cross, to support the people of Ukraine. Tickets may be reserved at Monte-Carlo Ticket and more information can be found on the Les Ballets de Monte-Carlo website.

Giacomo Puccini’s opera Manon Lescaut, presented by Monte-Carlo Opera, is a lyrical drama in four acts, composed between 1889 and 1892. The libretto by Mario Praga, Domenico Oliva, Giulio Ricordi, Luigi Illica and Giuseppe Giacosa was based on the 1731 novel L’Histoire du chevalier des Grieux et de Manon Lescaut by Abbé Prévost. Jules Massenet’s opera Manon, composed in 1884, was based on the same novel, so the storyline in both operas is very similar. Puccini’s opera was premiered at the Teatro Regio in Turin in February 1893, and first staged by Monte-Carlo Opera in February 1937. This new 2022 staging is a co-production with the Théâtre d’Erfurt.

The opera tells of the beautiful young Manon, who – on her way to a convent – stops in Amiens to see her cousin, Lescaut, and there falls for the handsome young Chevalier des Grieux. They run away to Paris together, but – fascinated by the wealth of an older man, the wealthy Geronte de Ravoir – she deserts Des Grieux for a life of luxury, and the fashionable salons of Paris. When she hears that, in his heartbreak Des Grieux has decided to become a priest, she rushes back to him, and they set up home together once more.

Living a life of poverty, Des Grieux is forced to gamble, and ultimately he and Manon are both arrested on a charge of cheating, and she is also accused of prostitution. Des Grieux’s father manages to have him released, but Manon faces deportation to a penal colony. Des Grieux arranges a passage on the same ship, but on arrival, Manon is found to be desperately ill. Begging her lover’s forgiveness for her frivolity and past misdemeanours, she collapses, and dies in his arms.

Anna Netrebko is surely one of the most scintillating of today’s stars. She steps in to sing the title role in Manon Lescaut, as Maria Agresta has regrettably had to withdraw due to illness. Ms Netrebko has appeared on the stages of the world’s most prestigious opera houses – such as the Royal Opera House, Covent Garden, Milan’s Teatro alla Scala and the Metropolitan Opera New York, with a repertoire which includes the title roles in Iolanta, Manon, Anna Bolena, Lucia di Lammermoor and Tosca, as well as those of Tatiana in Eugene Onegin, Violetta in La Traviata, Leonora in Il Trovatore, Lady Macbeth in Macbeth, Adina in L’Elisir d’Amore, Juliette in Roméo et Juliette, Gilda in Rigoletto, and Musetta and Mimì in La Bohème.

Des Grieux is sung by Azerbaijani dramatic tenor Yusif Eyvazov who was praised by the L A Times for his “metallic, stentorian and markedly Italianate” voice. Singing the role of Geronte de Ravoir is bass Alessandro Spina whose next appearances will be as Ramfis in Verdi’s Aida at the Hessisches Staatstheater Wiesbaden, and as Grenvil in Verdi’s La Traviata at Teatro San Carlo in Naples. In the role of Lescaut is baritone Claudio Sgura who, according to operabase.com “has electrified audiences throughout the world with his performances of the Verdi and Verismo repertoire”.

Conductor Pinchas Steinberg is a regular guest of the most prestigious opera houses and concert halls throughout Europe, and in the United States. He leads the Monte-Carlo Philharmonic Orchestra and the Chorus of Monte-Carlo Opera (Director Stefano Visconti). 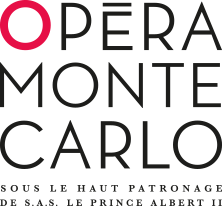 This production is staged by Swiss director Guy Montavon, General Manager of the Erfurt Theater and Artistic Director of the Domstufen Festival, who has also done the lighting, with décor by Hank Irwin Kittel and costumes by Christopher Kempf.

Puccini’s Manon Lescaut runs at the Salle Garnier, Monte-Carlo Opera, from 22nd to 27th April. Tickets may be reserved at Monte-Carlo Ticket.