Molière knew how to wrap up sharp criticism of society in an amusing comedy so as to not offend the sensibilities of nobility and clergy, and if the greatest French author would be alive today, he would still do the same… although instead of royalty, he’d rather be targeting the power brokers of the 21st century – the media and their ruling cast. This is the angle that Christophe Turgie, one of Nice’s leading actors and directors, takes in his interpretation of Le Misanthrope with his Compagnie des Cent Causes which is currently playing in Nice at the Théâtre Athéna.

Molière’s best known play, which premiered in 1666 at the Théâtre du Palais-Royal in Paris, is a satire about the hypocritical French aristocracy but also a candid look at human feeble and flaws in general.

Alceste, the non-conformist title hero, rejects the social conventions of the 17th century Parisian salon and basically humankind as a whole. Yet, he is in love with flirty and superficial Celimène who represents all that he loathes. Will she eventually return his love and change for him, and what about the other, less frivolous women who are interested in him? Will he eventually go into exile to flee the circles he so detests? 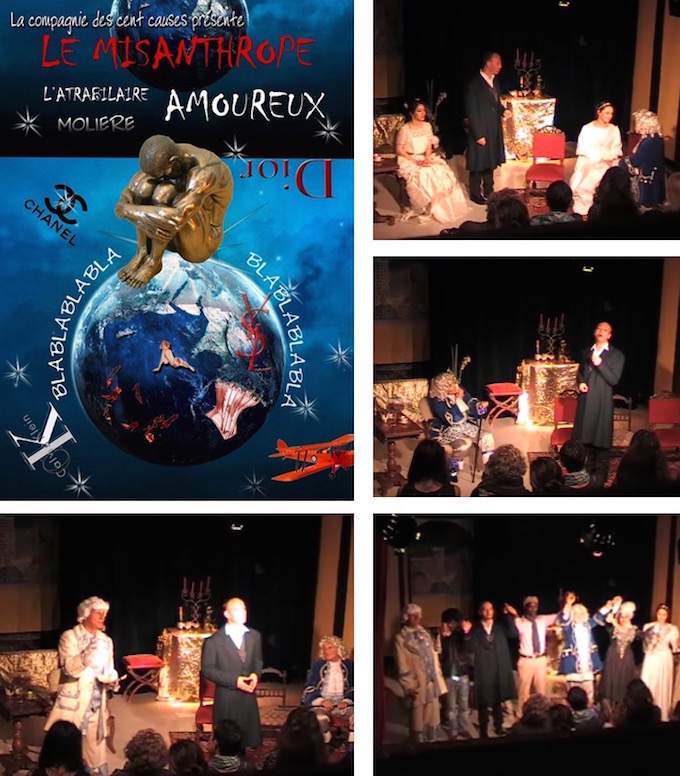 Christophe Turgie (pictured in lead image above), who directs his Compagnie des Cent Causes and also plays Alceste, tackles this piece from a contemporary perspective. Kings become presidents, and the Court of Versailles becomes the Court of Public Opinion, represented by the media. In a world of fake and hype, aren’t the wanna-be celebrities actually the ones held hostage by the very media that elevate them to their status?

In contrast to most of Molière’s other works, Le Misanthrope focuses more on characters and dialogue than on the plot, and with the exception of some cuts here or there, Christophe – lover and staunch defender of French classic literature – doesn’t touch the original text in verse form. The modern element is instead brought in through musical cues, lighting effects, and fabrics used in an otherwise deliberately sparse décor. It’s the tension between the original text and the subtle contemporary references that make this play so interesting… and the allusion to media plausible. First and foremost though, Christophe Turgie wants it to be understood as a piece about a strong woman who may be what today would qualify as a bimbo but understands how to play the system in her favor: Celimène (interpreted by the talented Céline Bressieux)… and, circling back to the modernized version of this play, comparisons to hyped stars whose biggest talent consists of riding the media, like Miley Cyrus, are not far off.

Another fine, intelligently developed play full of gentle humor and a whole range of emotions. We should, however, point out that for best enjoyment, it is advisable to understand the language of Molière quite fluently, or at least be familiar with the original storyline. 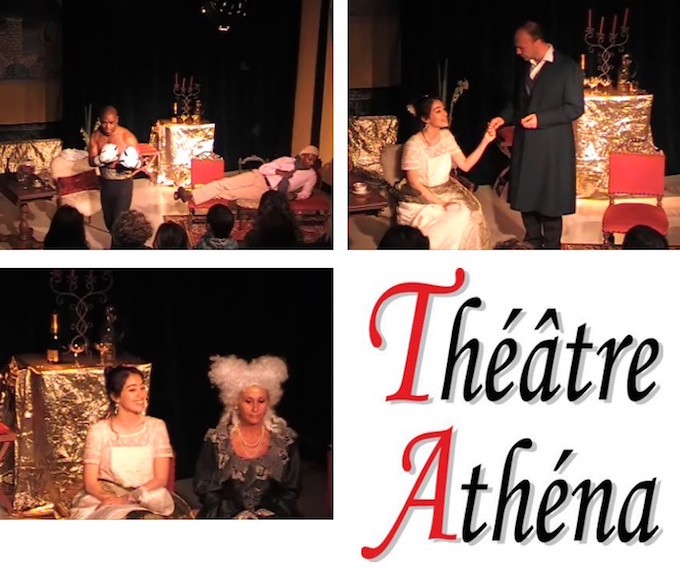 Le Misanthrope is currently playing at the Théâtre Athéna in Nice on various dates until 31 May.