An international music festival, Les Voix du Gaou succeeds in attracting some of the biggest names in the music world to this idyllic setting in the Var.

Now in its 17th year, Les Voix du Gaou continues to go from strength to strength, as can be seen by the line-up of top class artists who appear each year. It is one of the few contemporary music festivals where A-list performers share the stage with young up and coming acts.

Set in Six-Fours-les-Plages, just beside le Petit Gaou and not far from Toulon, the festival runs from Tuesday 16th to Friday 26th July. There is a very eclectic programme on offer, catering for nearly all tastes.

The festival opens on the 16th July with the Arctic Monkeys, Miles Kane and Alpes taking to the stage (la Grande scène). The second night on Thursday, 18th July features Thirty Seconds to Mars and Superbus, who will also be performing on la Grande scène. 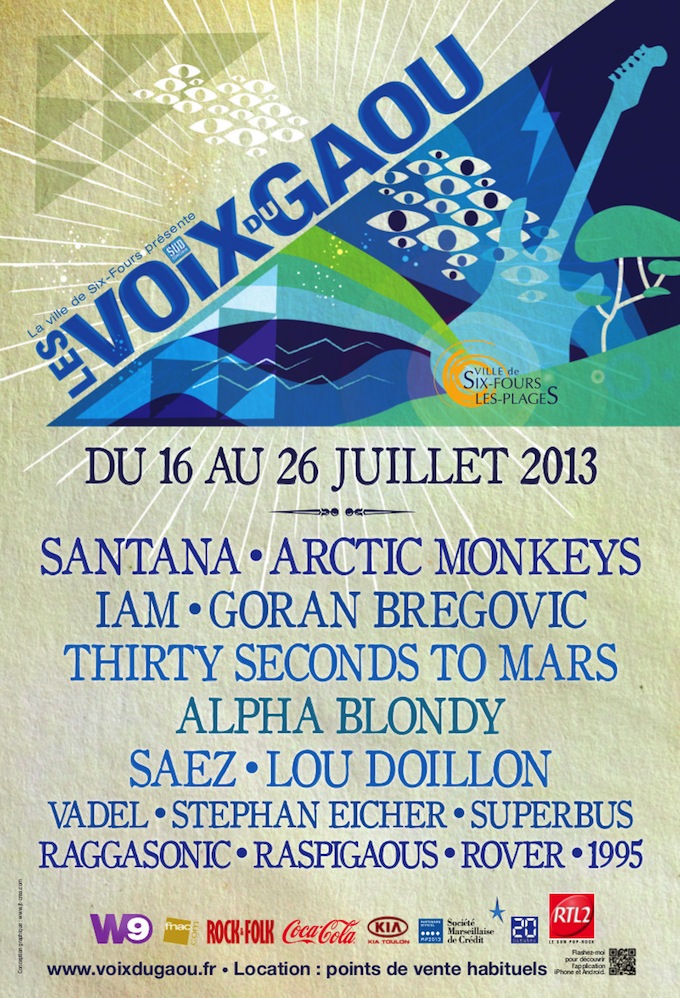 Tuesday, 23rd July is probably the biggest night on the 2013 programme, with the legendary Santana topping the bill on la Grande Scène, supported by Vadel and Face Le Groupe.

The penultimate night, Thursday 25th July, features Saez, Lou Doillon, and Rover performing on la Scène des Pins. The honour of closing the 2013 festival rests with IAM, 1995, and Iraka, as they take to la Grande Scène on Friday, 26th July, for a night of rap, hip-hop and slam.

Tickets may be reserved online and are priced from €32 to €50, depending on the evening. There are also 3 day passes available for €60 and €80. There is also an app available for the festival on iTunes and Google Play to keep you right up to date with everything that is happening in Six-Fours-Les-Plages.