Romain Gary’s life reads like a novel, so it was just a matter of time before his fictionalized memoir, La Promesse de l’aube (Promise at Dawn) was adapted into a feature film.

Featuring Pierre Niney as Gary and Charlotte Gainsbourg as Nina, his flamboyant mother, the movie is the big hit of this holiday season, especially here in Nice where a big part of the action takes place. Born Roman Kacew in Vilnius, which was still part of Poland at that time, the famed author was the son of a onetime Moscow stage actress and a businessman, both Jewish. After his father left the family, his mother, who was struggling to make ends meet, decided to move to Nice so her son could fulfill all the wild dreams she had for him. The doting mother would indeed often say to anyone who would listen. “My son will be an ambassador of France, a chevalier of the Legion of Honour, a great dramatic author, a second Ibsen, a new Gabriele d’Annunzio. He will have his suits made in London!”

And Romain Gary did just that, if not more. After fighting in the air force during World War II, he was awarded the Legion of Honour and the Ordre de la Libération among many other medals, became French General Consul in Los Angeles, and published over fifty novels under five different names. 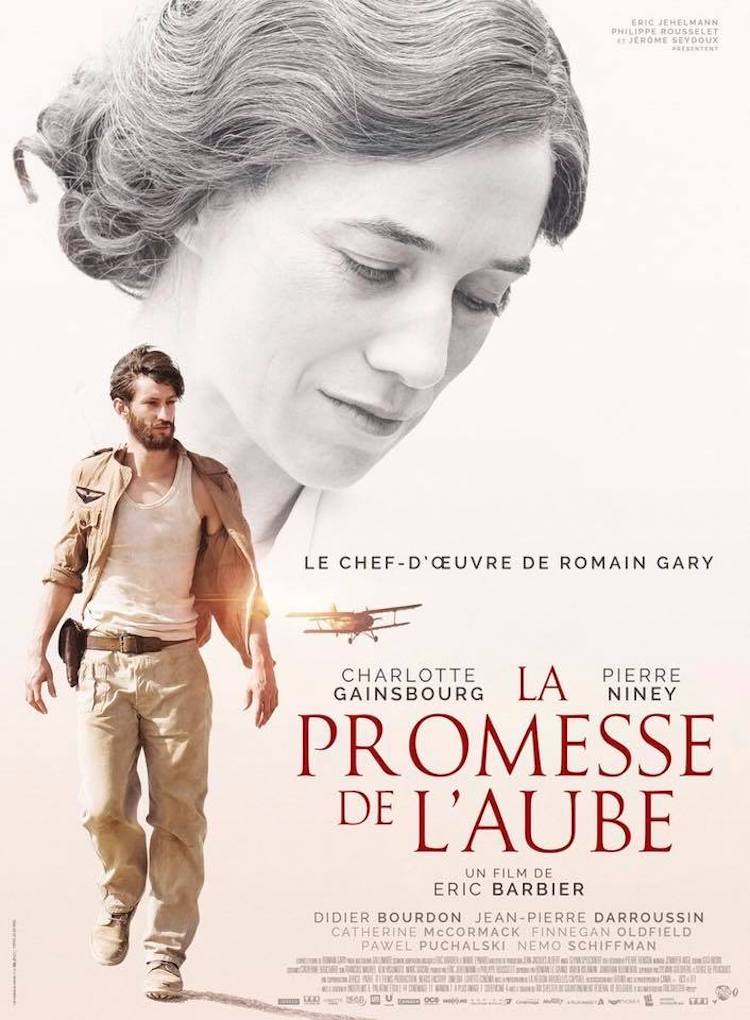 Often considered as an eccentric character despite his refined manners, Gary was also a womanizer. First married to British writer Lesley Branch, he then took American actress Jean Seberg as his second wife, with whom he had a son, Diego.

A man of mysteries, he is also the author of what is probably to this day France’s biggest literary hoax, when he became the first and only writer to receive the prestigious Prix Goncourt twice. According to the rules of the Goncourt academy, this annual award for the best novel written in French can only be given once in a lifetime but Gary, who had already received the prize in 1956 for Les racines du ciel, managed to fool the academy when he published La vie devant soi under the pen name Emil Ajar in 1975.

If some critics saw some similarities between the works of Romain Gary with that of Ajar and expressed doubts as to the identity of the later, the secret was only divulged in 1980 in the suicide note the author left behind which ended with those words: “I have had a lot of fun. Good-bye and thank you.”

Like the book, the movie is a beautiful tribute, filled with admiration and sometimes guilt, to a fascinating woman and to a love that was both a gift and a burden.

With maternal love, life makes a promise at dawn that it can never hold. You are forced to eat cold food until your days end. After that, each time a woman holds you in her arms and against her chest, these are merely condolences. You always come back to yell at your mother’s grave like an abandoned dog. Never again, never again, never again — Romain Gary