English novelist and playwright W. Somerset Maugham used to describe the French Riviera as “a sunny place for shady people.” And he knew what he was talking about since he called it home for more than 30 years.

Now, decades later, New York Times-bestselling author Philip Kerr is paying tribute to both Maugham and the South of France by placing both in the middle of his new novel, the 11th volume of his highly successful mystery series featuring ex-Berlin-policeman-turned-cynical-anti-fascist-detective, Bernie Gunther. 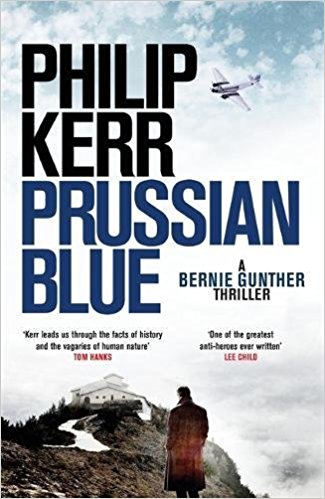 Once an unwilling Nazi during World-War II, Gunther now works under the pseudonym of Walter Wolf as a concierge in the luxurious Grand Hotel in Saint-Jean Cap Ferrat. It is 1956 and he is looking forward to a more peaceful existence, even though the job bores him. But of course, nothing goes according to plan as our hero becomes attracted to a middle-aged American woman, Anne French, a journalist working on a biography of Somerset Maugham. To help her get some inside information, he accepts an invitation to join Maugham’s bridge group, which meets at the magnificent Villa Mauresque. When he discovers that Gunther was previously a homicide detective, the famed author confides to him that he is being blackmailed over some old photos taken in 1937 at his swimming pool with a group of naked men, one of whom is the infamous spy, Guy Burgess, whom, along with Donald Maclean, has recently defected to Moscow.

The blackmailer is Harold Hennig, a former captain in the Nazi security service, responsible for the death of thousands of people, including a woman Gunther once loved.

As often, Kerr likes to run two timelines with linked or similar cases, which allow him to explore Bernie’s exploits in a non-linear manner and help his readers understand how the hideous events the hero suffered or witnessed have had an effect on his psyche.

The Other Side of Silence was released last year in the U.K. and the U.S., but has just been translated into French as Les Pièges de l’Exil. However, English-speaking fans can now discover the latest adventures of Bernie Gunther with Prussian Blue, which has just been published, once again using the French Riviera as its backdrop.