One of the hottest – and most perennial – French bands is on tour right now, with long-awaited stopovers in Marseille and Nice

They have never quite made it to household name status but to say Nojazz is an insider tip is not doing justice to this spectacularly talented band: after all they are the guys who open for A-listers like Kool & The Gang, and record albums with Stevie Wonder, Bishop, and the late, great Maurice White. Top music producers from Los Angeles and New York chase after them all the time. And for good cause: their sound – the perfect alchemy between the Soul & Funky sound of the 80s, combined with the amazing ATOM electro touch (think: Stromae, C2C) – is cosmopolitan, sophisticated, stylish, and timeless. But rather than resting on their laurels, they keep pushing the envelope: Nojazz’s current Soul Stimulation Tour is an ambitious project, revisiting Electro/Soul with a side of Hip-Hop. And the great news: the tour is hitting the South with dates in Marseille on May 17 and in Nice on May 18 – concerts not to be missed for anything!

Founded in 2001, Nojazz has its roots in the encounter of musicians coming from different backgrounds. With a mélange of styles difficult to peg, their explosive 2002 debut album and their first tours earned them the nickname musical UFO. Since then, they have performed in over 50 countries and headlined some of the biggest music festivals around the world. Collaborations as diverse in nature as Miles Davis’ legendary producer Teo Macero, rapper Mangu or Claude Nougaro are their musical hallmark, a testimony to their love of experimenting, mixing, and reinventing. Small wonder therefore that they regularly feature in Top 20 radio and digital playlists across different genres. Their most recent album Soul Stimulation, released in November 2016 as the product of their collaboration with American music legends, is a staple on iTunes and RFI Musique. 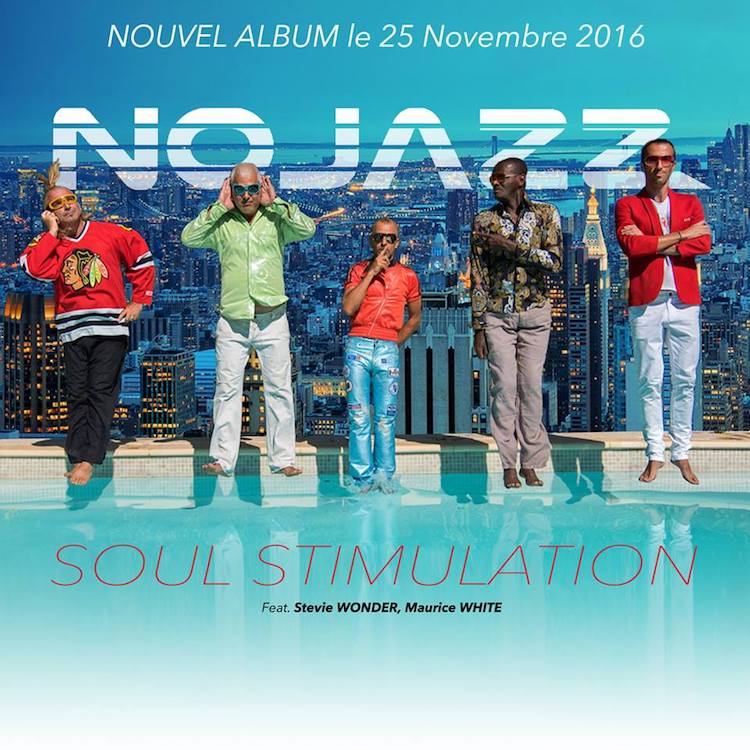 All (current) band members are accomplished musicians with stellar biographies, from Philippe Balatier on keyboards, to saxman Philippe Sellam, trumpeter Sylvain Gontard, and singer frontman Jeffrey Mpondo – but Nice actually has bragging rights for its homeboy, Pascal Reva. The multitalented percussionist who also plays anything that has keys and strings, is a fixture on the Niçois cultural scene and part-time political activist as one of the co-founders of the Nuit Debout movement.

Nojazz is one of the highlights of the musical calendar this year, no question, and with tickets selling like hot cakes, you better hurry to get yours while they last. But if you cannot catch the Marseille and Nice concerts, other unmissable shows are on the horizon, like the one in Paris on June 16 where they will be opening for Kool & The Gang at the legendary Grand Rex cinema/theatre. 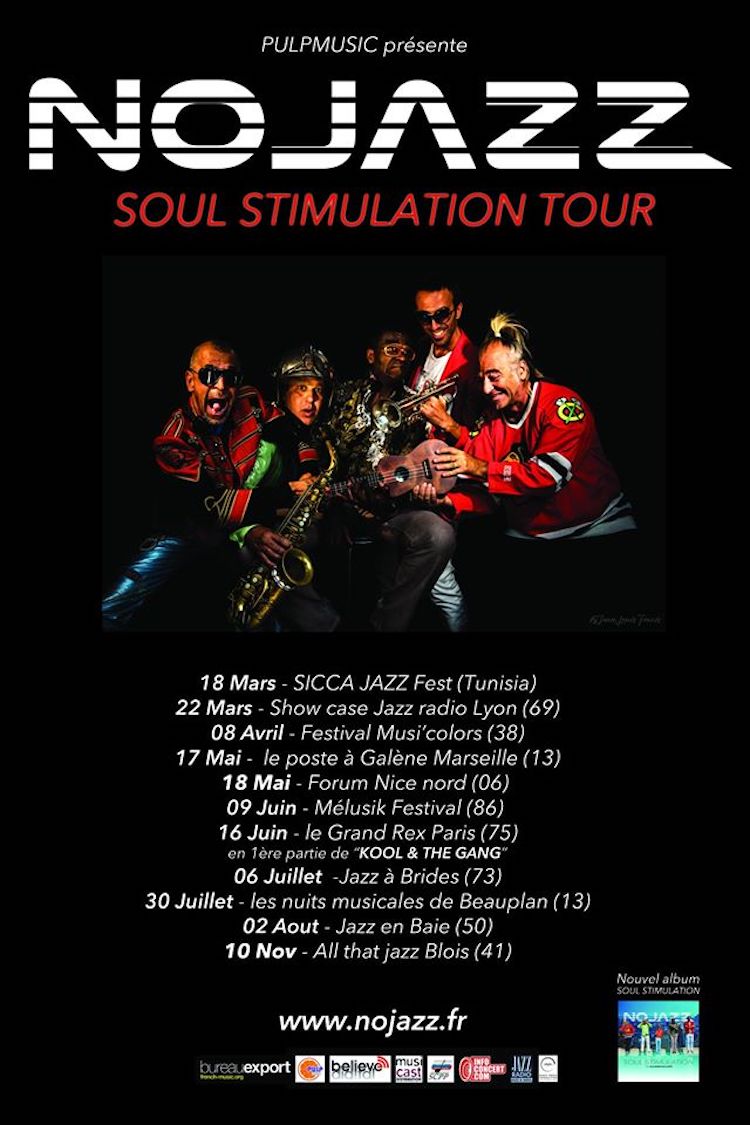