Marion Cotillard’s latest offering sees her star in an old-fashioned romantic drama set in the lavender fields of Provence.

Academy award-wining actress Marion Cotillard is no stranger to strong, complicated, and deeply troubled characters. After all, she became famous the world over for her brilliant performance as the legendary singer Edith Piaf in “La vie en rose”, before playing Leonardo DiCaprio’s dead wife who comes back to haunt his dreams in “Inception”. She was therefore the obvious choice to portray a young woman yearning for sexual fulfillment in the adaptation of Milena Agus’s bestseller “Mal de Pierres” (From the Land of the Moon), directed by Nicole Garcia. 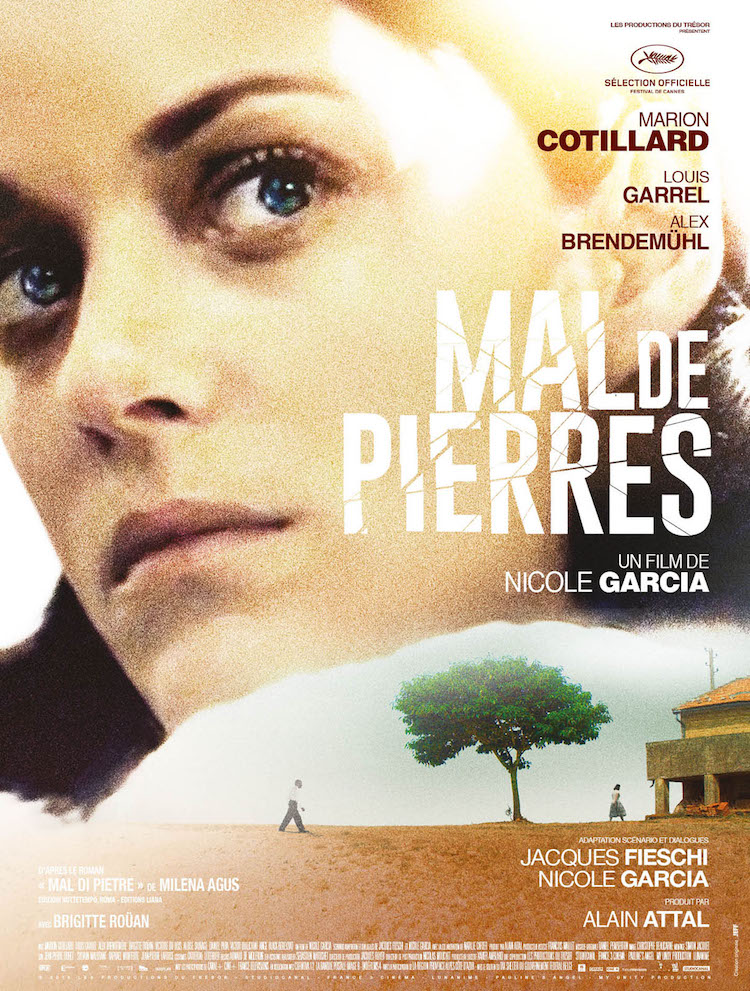 In this period film set in the 1950’s, Cotillard plays Gabrielle, the wild child of a lavender farmer whose nymphomaniac outbursts are a constant embarrassment for her family. After exhibiting herself naked one evening to a group of workers, her mother threatens to send her to the madhouse if she doesn’t consent to an arranged marriage to Jose, a poor Spanish bricklayer (played by Alex Brendemühl). Unable to answer her husband’s needs, she agrees to let him find satisfaction elsewhere. Gabrielle basically lives like a prisoner bound by the constraints imposed by society, but she will get a break when she is sent away to a hospital in Switzerland to have treatment for kidney stones. There, she meets André Sauvage (played by Louis Garrel), a dashing young lieutenant who has been injured during the Indochina war, and finally experiences the love and passions she has been longing for.

Relocated from Sardinia to the South of France, Mal de Pierres is a deeply moving story of a woman in love with the notion of love. It offers Marion Cotillard another showcase role, but the actress is not the only one to shine in this languid, yet intense movie. Both Garel and Brendemulh give strong performances and the shots of both Provence and the Swiss Alps are simply sumptuous, while the story has a really interesting twist. This beautiful crafted drama has all the ingredients to be a real crowd pleaser.

All images via Allociné