For years, Carla Bruni was known as France’s First Lady, remaining quietly by her husband’s side. But that was then.

While she clearly did “Enjoy the Silence”, the former international model never really stopped writing songs and playing music in the background, waiting patiently for the perfect moment to recapture the spotlight.

That moment has finally come, and after releasing her fifth album earlier this month, Carla Bruni has just embarked on a world tour that will take her to the Opéra Garnier in Monaco at the end of November. A good occasion to get reacquainted with her signature smoky vocals and elegant onstage presence!

For her return, Bruni has enlisted the help of legendary producer David Foster, famous for his works for the likes of Whitney Houston, Céline Dion, and Madonna, to release an album entirely in English that is a collection of famous songs she has always cherished and that she is now covering in her own sultry way.

After all, who could imagine hearing Carla Bruni sing AC/DC’s “Highway to Hell”?! But “French Touch” is just that: a melodic and warm mix of all-time favorites that goes from the standard “Moon River” and Lou Reed’s “A Perfect Day”, to the Rolling Stones’ “Miss You”, and ABBA’s “The Winner Takes it All”, that still have the international appeal of the originals.

It is somewhat of a risk for the artist who gained critical acclaim in 2002 with her debut album Quelqu’un m’a dit, written and performed entirely by herself. No Promises (2007), which brought together English poetry with music was quickly followed by Comme si de rien n’était (2008) and Little French Songs (2013). They were all successes, selling over 3 million copies worldwide. This album is thus an experiment for someone who has been used to penning her own songs rather that just interpreting the words of others. 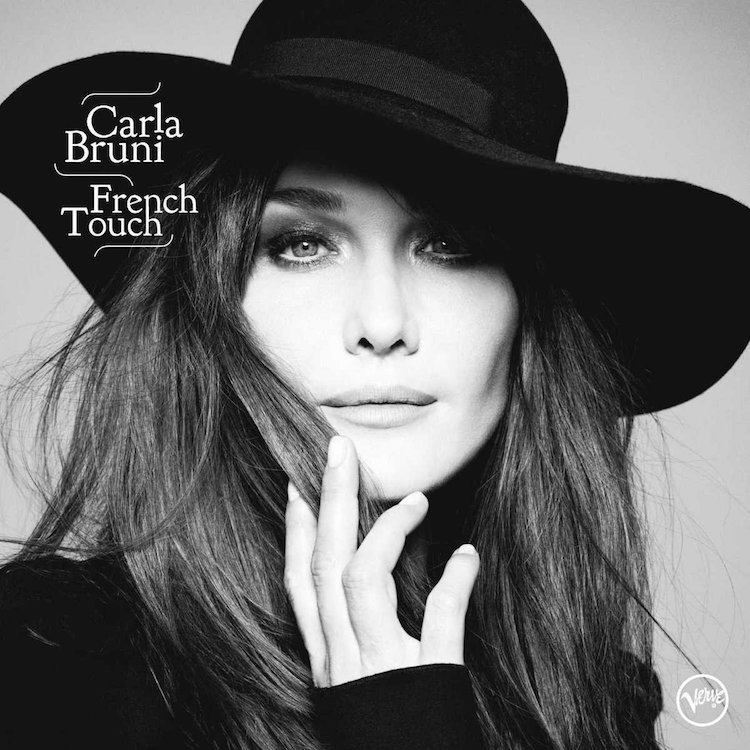