With its baroque architecture and fairytale castles, its rich cultural life and world-class museums, Vienna is a wonderful place to visit…all season long.

The Austrian capital is a great place to visit any time of year, but come the holiday season, as the air becomes crispy and the blue Danube turns grayish-brown, Vienna literally transforms itself into a wonderland, thanks in part to the many Christmas markets that pop up all over the metropolis. The streets are gorgeously decked out with sparkling lights, bows and other tasteful decorations, while many wooden huts sell handmade toys, painted ceramics, ornaments, local delicacies as well as mugs of Glühwein, the famous spicy mulled red wine. 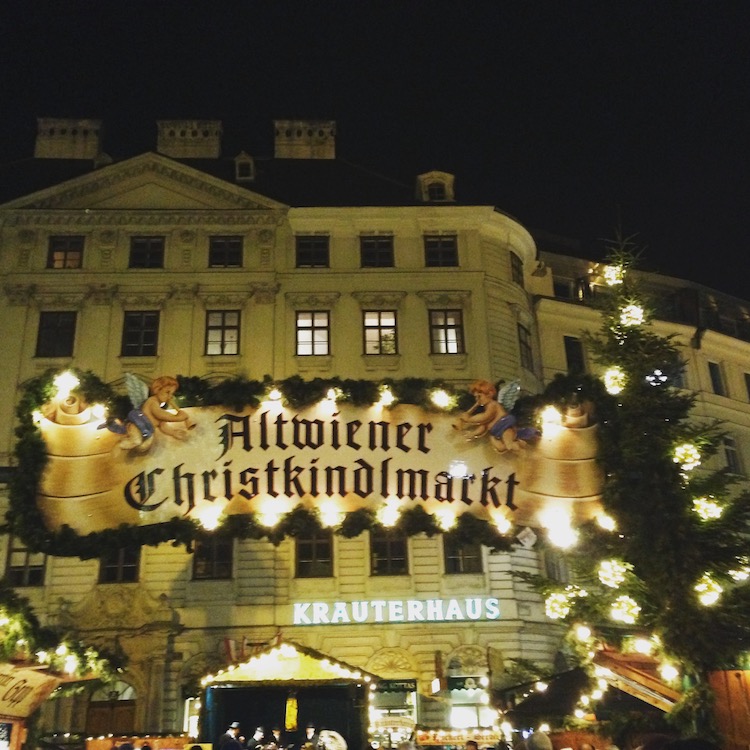 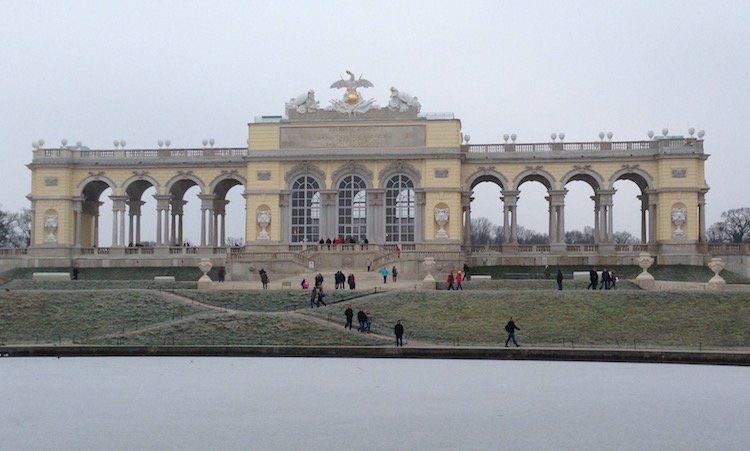 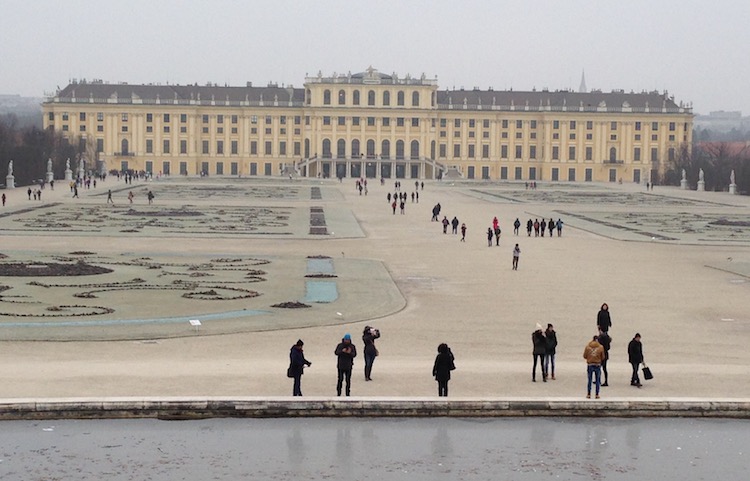 Once you get into the holiday spirit, it is the perfect time to wander around and explore all the marvellous sights the city has to offer. One of the major tourist attractions remains the Schönbrunn Palace, comparable in grandeur to Versailles, which will take you on a romantic whirl in the footsteps of Empress Elisabeth, aka “Sissi”. Even without the gardens in their summer splendor, the rococo-style former residence of the imperial family tells the story of a glorious era that started with Maria Theresa, Marie-Antoinette’s mother and the only female Habsburg ruler, and ended at the end of World War I, with the death of Sissi’s husband, Emperor Franz Joseph.

The elegance and pomp of the famed Austrian dynasty is also reflected in the architecture of the Hofburg, the imperial palace (pictured in lead image), comprising many different architectural styles, from Gothic and Baroque to Renaissance and classical. In many ways, a “city-within-a-city”, the spectacular monument, with its many squares and gardens, occupies an area of some 59 acres and hosts, among many other attractions, the Imperial Apartments, the Sissi Museum, the Austrian National Library, and the famed Spanish Riding School with its Lipizzan horses. 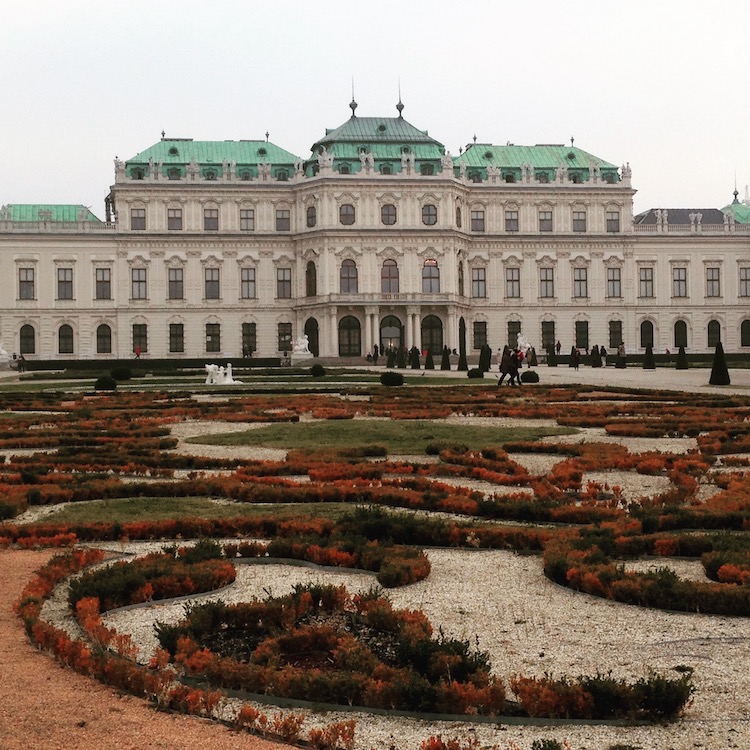 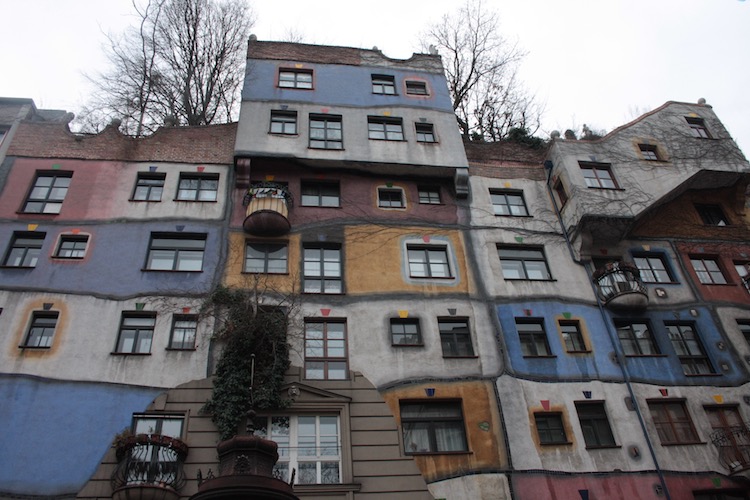 But the castle is not the only landmark that defines the city centre. The nearby St. Stephen’s Cathedral, which was built in 1147 AD has indeed been the heart of Vienna for centuries. With its two impressive features, the gigantic roof and the imposing tower, it was the tallest building in Europe for a long period, measuring almost 137m. It houses many art treasures like the Altarpiece of Wiener Neustadt, the pulpit by Anton Pilgram (1514-15), the sepulchre of Emperor Frederik III by Niclas Gerhaert (1467-1513), and the Gothic winged altar. A few steps away, Prince Eugene of Savoy’s 18th-century summer palace, the Belvedere, is home to a stunning art museum that includes the world’s largest Gustav Klimt collection and what is probably the artist’s most famous work, The Kiss, a gold-brushed, mosaic-like painting portray of a couple locked in a tender embrace on a bed of flowers.

For the sweet-toothed among you, a visit to one (or more) of Vienna’s numerous cafes is a must. Take this opportunity to try some of the country’s most famous pastries, like the Linzertorte, a rich, buttery tart layered with fruit preserves, and which is widely thought to be the world’s oldest-known cake, or the Sachertorte, a delicious chocolate confection filled with apricot jam that fits perfectly in the grandiose décor of the 19th-century Café Sacher.

Of course, no stay in Vienna would be complete without an evening at the famous Staatsoper (Vienna State Opera), shaped like a horseshoe. Music is indeed the city’s legacy to the world, and winter is the season for ballgowns and waltzes. However, if you cannot score tickets for the New Year’s concert by the Vienna Philarmonic Orchestra, fear not — the music of Mozart and Strauss can be found in many of the concert halls throughout town on a nightly basis.

Lead image by Bwag – Own work, CC BY-SA 3.0 at, Link; all other photos © Florence Dubosc