Iran is infinitely more than women in chador and mullahs with clenched fists. It is one of the richest cultural regions in the world.

From Persepolis via the National Museum in Tehran to Isfahan and Schiras, you can admire the testimonies of a great history. Just as impressive are the magnificent landscapes between the Gulf Coast and the Caspian Sea and the warm-heartedness of the inhabitants.

We invite you to course through the history of the Great Persian Empire to the time of the Abbasids to the present day Islamic Republic, to take a look at Persian culture, which produced not only a modern state organization and gave chess,’the royal game’, to the world, but which was also able to unite different peoples peacefully in one nation.

When Rome was still a peasant state and the Teutons (I am German, Prussian to be exact) lived in swamps, Persian kings founded a huge empire. Persepolis was one of the capitals, the name coming from the Greek, meaning ‘City of the Persians’. 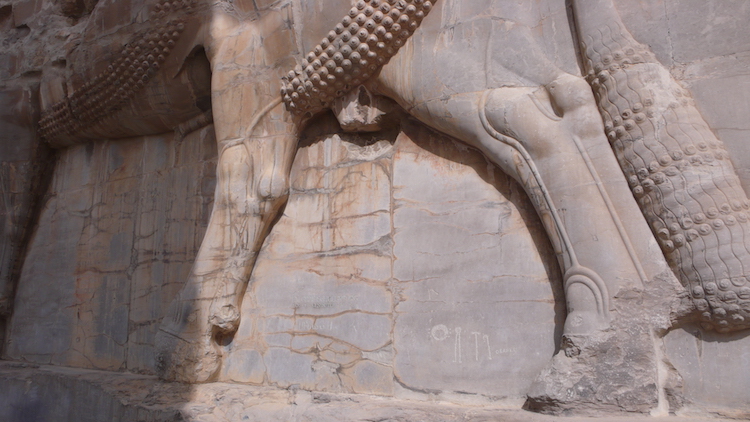 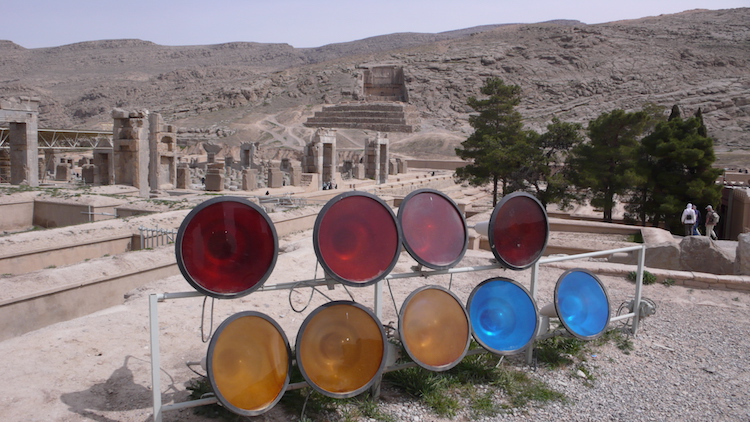 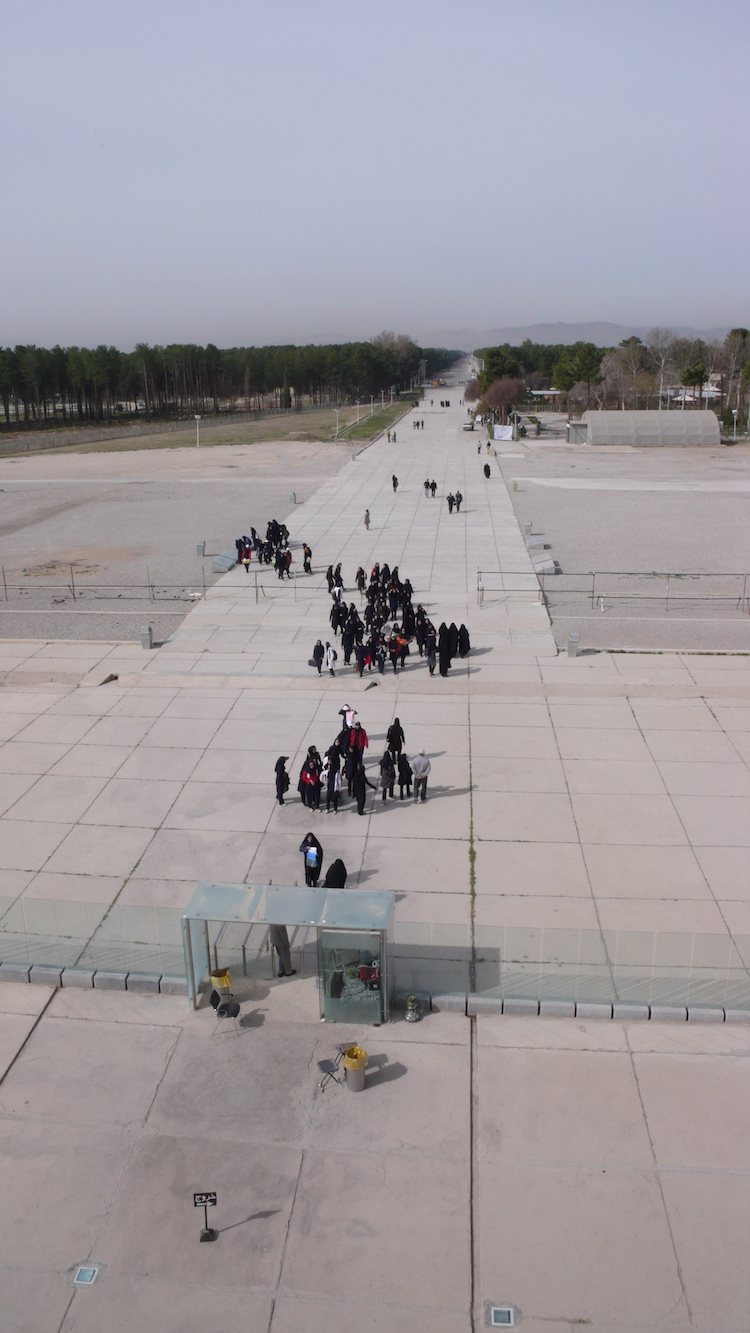 How grandiose the city of Persepolis must have been in its flourishing period 2,500 years ago can be seen in the descriptions of Greek historians, who decisively shaped Europe’s image of the Persians. As biased as the Hellenic reports about the competing great power from Central Asia are: The ‘richest city under the sun’, according to historian Diodor, fascinated them all. The ‘Metropolis of the Persian Royalty’ was the central residence of an empire that Dareios I had built around 500 BC. As the most powerful man in the world, the Persian leader ruled over more than two dozen peoples in Asia, Africa and Europe. Persepolis is a highlight of the ancient Persian culture and politics of the Achaemenids. The palace city is still today a place of identification for many Iranians, although or precisely because it reaches far back into pre-Islamic times.

After 200 years of existence, it was set on fire in 300 BC by Alexander the Great’s troops. The destruction of Persepolis was subsequently interpreted as revenge for the destruction of the Athenian Acropolis during the Persian Wars of 480/79 BC. After over 200 brilliant years, the Persian world empire was history. For a long 500 years, the country became a province, economically important, but still peripheral in an empire that stretched far to the west.

After Alexander’s early death in 323, Seleukos, one of his generals, succeeds in seizing almost all the Asian conquests of the Macedonian king. The Seleucid dynasty then ruled from Iraq for about 200 years. After humiliating defeats of the Seleucids after clashes with the rising world power, Rome, their power base disappears. 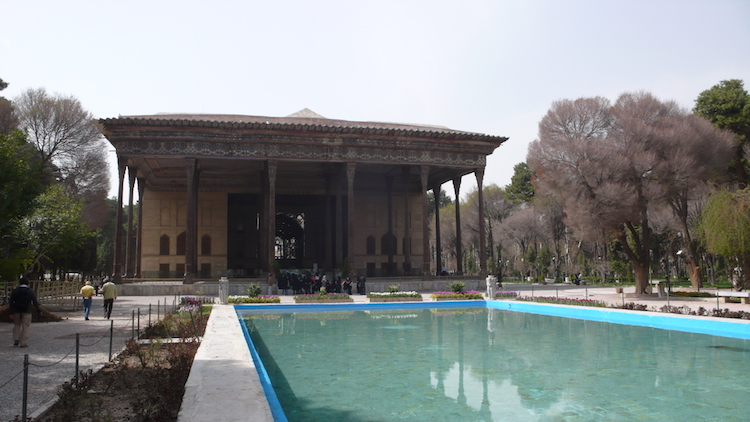 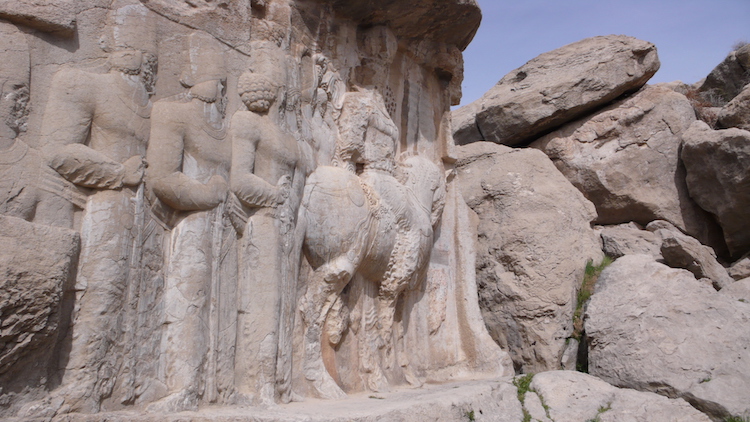 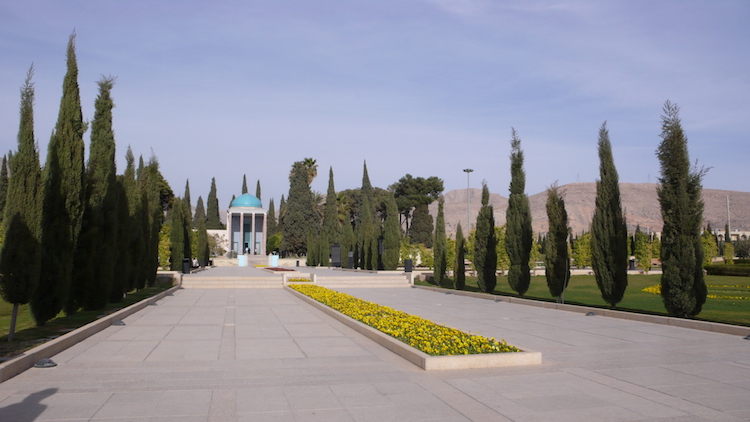 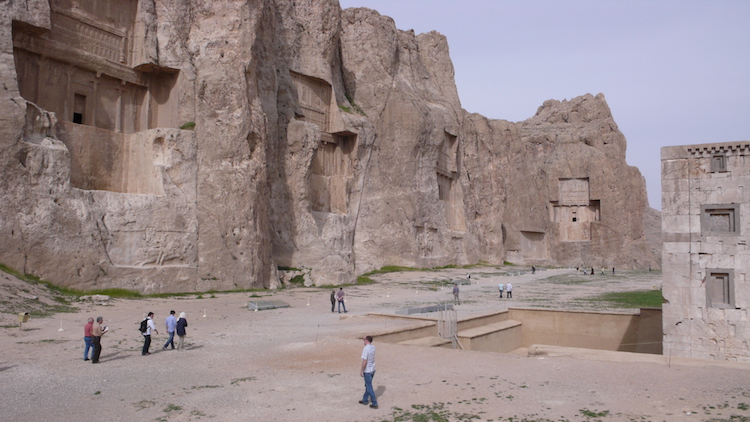 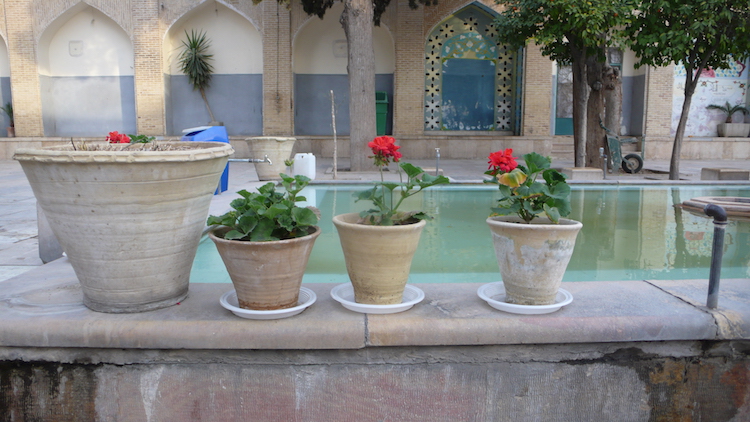 The kings of the ‘New Persian Empire’ want to return to the country’s great inheritance. Founder of the Sassanid Empire, Ardashir, introduces Persian as official language. And again he reigns from Mesopotamia. During the reign of King Ghobad (483-531 A.D.), a preacher named Mazdak was hugely popular, especially amongst the poor, who liked his teaching: all evil is rooted in misery and envy. Therefore one must abolish private property, everything should belong to everyone, the riches must be distributed fairly among the entire population. And whoever has an ugly and quarrelsome wife, should be able to exchange her, temporarily, for a beautiful and gentle woman.

At first the king supports this new teaching, also because he wants to break the power of the nobility. But it is they who unceremoniously dismiss the ruler and throw him in prison. Ghobad’s wife manages to smuggle her husband out of the dungeon rolled up in a carpet. Ghobad, a sober-minded practical politician, turns things around. The early socialist Madzak is arrested and executed.

In total, the conflict with Rome lasted about 400 years until the fall of the Sassanids. It ended in a draw. The emperors in Rome and later in Constantinople could not advance their empire into Mesopotamia in the long run. Conversely, the Sassanids never managed to expel the Romans from Syria and Asia Minor.

The tales from 1001 Nights were probably transferred from Indian to Middle Persian by 500 during the reign of the Sassanids and extended by Persian fairy tales. The Middle Persian book Thousand Tales, the forerunner of the Arabic collection, is lost, but is still mentioned in two Arabic sources from the 10th century. Since the Sassanids cultivated close cultural contacts with the late antique Mediterranean region, elements of Greek legends – such as the Odyssey – probably also found their way into the fairytale cycle at that time. 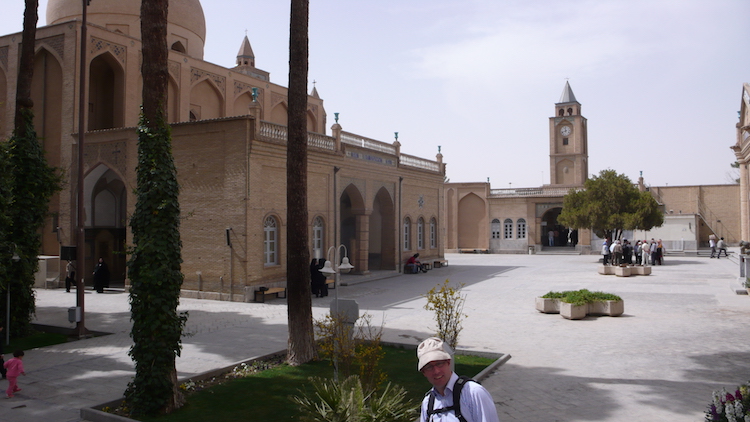 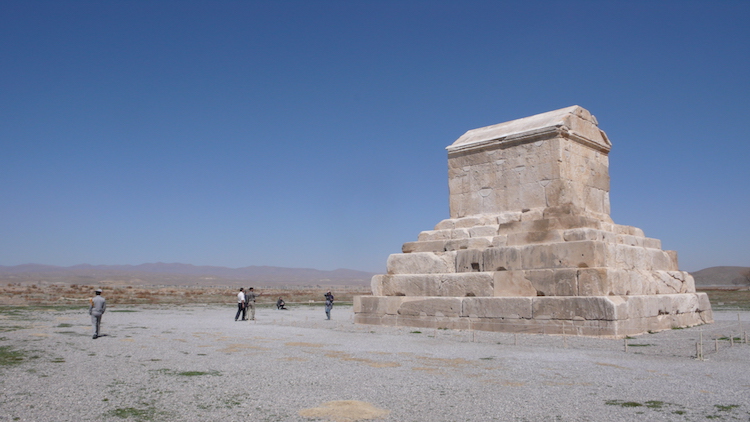 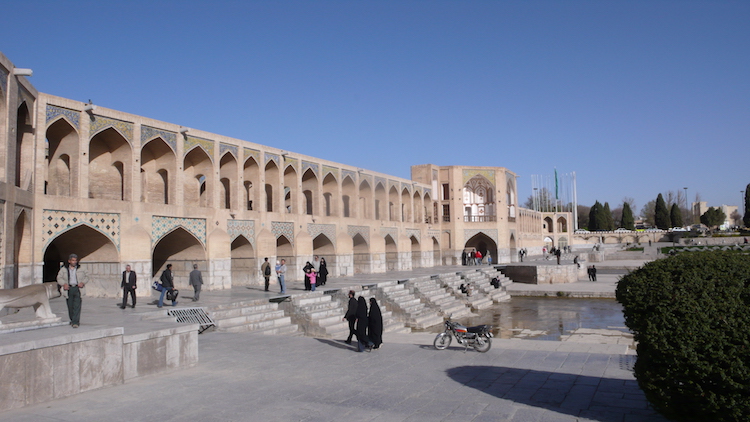 The Islamic world has never been more progressive than in the Middle Ages, and it is Muslims from Persia who make architecture, poetry and medicine flourish. Even if a brutal conqueror like Genghis Khan occupies their homeland, the Iranians soon succeed in civilizing the barbarians.

Under the Abbasids from the middle of the 8th century onwards, the Islamic world became more complex and heterogeneous in cultural and political terms. Linguistic and cultural influences came in particular from Iran, but also, for example, from the North African Berbers. The Abbasid caliphs came to power through an uprising against the Umayyads, who were regarded by many Muslims as too secular at the time. The latter rather represented the old Arab Meccan aristocracy. Therefore, the transition from the Umayyads to the Abbasids is seen by some scholars as a ‘conservative revolution’ or ‘Abbasid revolution’. There is consensus that with the beginning of Abbasid rule not only a change of dynasty took place, but also a number of other changes. The insurgents received an influx primarily from the Persian or Iranian population, which was dissatisfied with the rule of the Arab nobility: Compared to the Arabs, Persians, even if they had become Muslims, were treated as second-class citizens, but as members of an ancient cultural nation they had influence in the economy. Since among the Umayyads only those people were allowed to hold important offices who could prove a direct Arab origin and belonged to an Arab clan, many elite members in Persia and Syria felt disadvantaged. The Abbasids quickly gained support by promising to allow every Muslim, regardless of origin, access to important posts. The Abbasid Empire has therefore sometimes been referred to as the ‘Islamic Empire’, as opposed to the ‘Arab Empire’ of the Umayyads

Under the Safavid dynasty founded by Ismail, the old cycle of conquest and decay that determined the history of Iran in the centuries before is finally broken. Shah Ismail and especially his successor Shah Abbas I succeed in laying the foundations for a modern state and forging a Shiite nation from the peoples of the Iranian plateau. The rest of the world turned pale with envy with their culture and wealth. 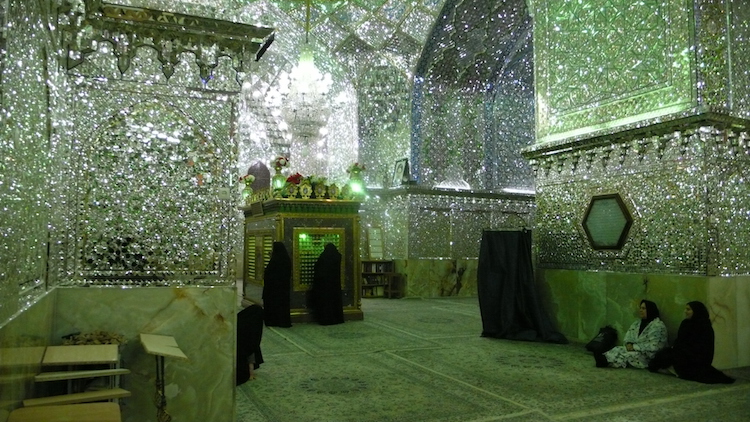 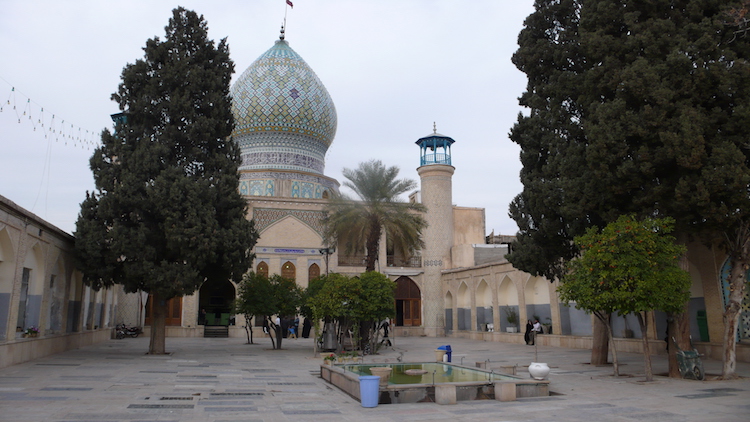 From 1598, Isfahan was developed into the most magnificent city of the Orient as the centre of the empire. The heart of the new capital is the central square, framed by the blue dome of the large mosque, the magnificent bazaar gate, the filigree Lutfollah mosque and the Ali Qapu Palace. From its balcony, the rulers follow the new fashion sport Polo down on the lawn. By the end of the 17th century, the Safavid dynasty had lost much of its splendour. Sulaiman, one of the last shahs of the ruling dynasty, is a simple man who is hardly interested in the world beyond the harem and leaves the affairs of state mostly to his aunt and influential mullahs. It is the end of the flourishing period and the next invaders are already waiting.

After several local dynasties shared power in Iran in the 18th century, Agha Mohammad Khan conquered the country in 1796 and founded the Qajar dynasty. He made a small town in the north, Tehran, his capital. In the late 19th century, a development began among the Qajars that lastingly changed Iranian history and still occupies quite a few Iranians today: the interference of the European great powers. While Iran, as one of the few countries in the world, was never officially a colony, the English and Russians in particular had so much influence on the country’s fortunes that the Qadjari rulers could no longer pursue independent policies. Understood by the English for a long time primarily as the spatial protection of the Indian colonies, Iran moved all the more into the centre of European interest when oil was found there at the beginning of the 20th century. The Europeans tried to secure their influence through contracts that provided raw material rights for European companies in Iran. This also made it clear to many normal Iranians that European influence was detrimental to their interests. Shiite religious and legal scholars soon took over the leadership of the established protest movement.

In 1921, War Minister Reza Khan, who had himself crowned as Reza Shah in 1925, disempowered the last ruler of the Qajars and began a policy of industrialization and radical westernization. Among other things, he banned traditional clothing for men and women, including the veil.

His successor was his son, the last Shah of Iran, Mohammad Reza Pahlavi, who had parts of Persepolis restored in 1971 for The 2,500 Year Celebration of the Persian Empire and equipped with tourist infrastructure, parking lots and shops, thus making it clear to the Western world that the celebrations of Persepolis were only the festive part of a development program. For the Shah, Persepolis offered the opportunity to show the world that Iran had gained political importance. The many sustained investments in the country’s infrastructure that had been made in preparation for the celebrations, such as schools, roads, telecommunications networks, airports, television broadcasting facilities, hotels and tourist resorts, were not worth a syllable to critics, and the Islamic revolution that began just eight years later brought visitor numbers down to about a tenth (several hundred per day) of their original size.

The history, the people and the beauty of Persia is captured in the photos of Dirk Halledt and Christoph Wieynk, for whom we would like to express our heartfelt thanks. There is nothing further to add to the pictures, they act as a great reminder for those who visit Iran to dive into the oriental world. The country is most definitely worth a trip and will enchant those who are looking for something different to package holidays.