The daily commute by train between Grasse and Menton is increasingly becoming a source of frustration for those reliant on the service.

If you are one of those commuters who take the train on a daily basis between Grasse and Menton, there is now more than a one in four chance that your TER – train express regional – will be delayed or even cancelled. This is how bad the commute has become in our region. And that is on a normal day!

Throw in the numerous strikes, the overcrowded trains, the unexpected “technical problems”, the lack of reliable information…All in all, the journey is rarely a pleasant experience and the prospect of a train from Cagnes to Monaco every 15 minutes during peak hours (6:30 – 9 am and 4:30 – 7 pm) is still, sadly, a long way off.

Nearly 100,000 people take the train every day in Provence-Alpes-Côte d’Azur. The region has been hoping that the TER would provide a viable alternative to cars – In 2008, the Monegasque government even decided to participate in the effort by buying five new double-deckers in the principality’s colours – but over the last few months, more and more people, tired of all those disagreements and afraid of losing their jobs, seem to have given up on the SNCF TER and reverted back to taking their cars. 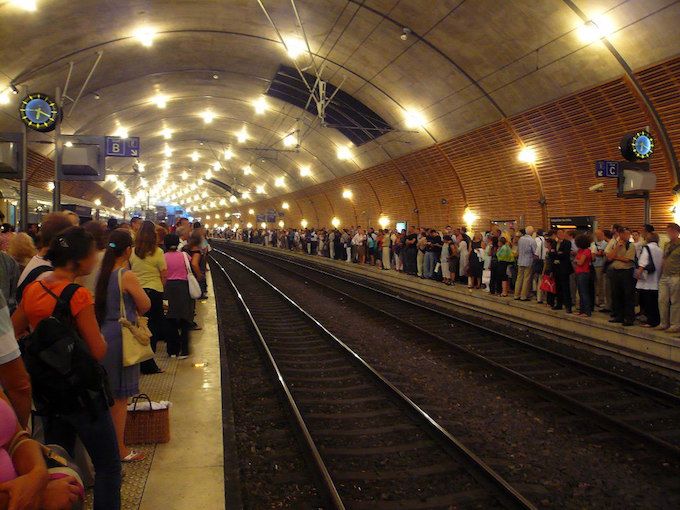 One of those ex-commuters, Eric Saury, refuses however to remain silent and accept the “unacceptable.” The man behind the 2007 blog les naufragés du TER Grasse-Vintimille – “the stranded passengers of the TER” –, or the NTGV, has recently decided to revive this essential source of information for commuters and has been very vocal in various media outlets about the deterioration of the local train system. A Facebook page has been set up, giving the latest traffic news, but first and foremost providing a platform for people to share their experience and start petitions.

Train passengers probably still face a long road ahead before seeing any improvements in their daily commute but at least they have now found a voice and know they are no longer alone in their misery.