Marcus Bicknell, author of ‘Sculpted Love’ is perhaps better known on the Riviera as an advocate of his great grand uncle Clarence Bicknell – botanist, archaeologist and artist of Bordighera and Casterino.

Marcus led the research team on MARVELS – The Life of Clarence Bicknell by the late Valerie Lester, organises exhibitions and seminars, writes academic papers and runs clarencebicknell.com. Now he has let his own creativity and spirit burst forth in a rather surprising first novel…if you like well-researched historical novels, romantic dramas or anything in between, then order Sculpted Love in paperback or Kindle/eBook on Amazon now.

So, what’s the book about? Two girls in Nancy are swept up in the changing cultural, industrial, medical, scientific and geo-political tides of the late 19th century in France; they act without hesitation in the new empowerment of women, in business and in love. Against this backdrop and the art nouveau of the École de Nancy, a solitary sculptor is drawn into the girls’ lives. Twenty years earlier, as the Germans advance on Metz in August 1870, a two-horse carriage driven by a gnarled deserter from the Prussian army escapes south towards Nancy. In the rear, a young French entrepreneur is hand-in-hand with a stunningly beautiful lady speaking German with a coarse accent, pregnant by another man and masquerading as a countess. 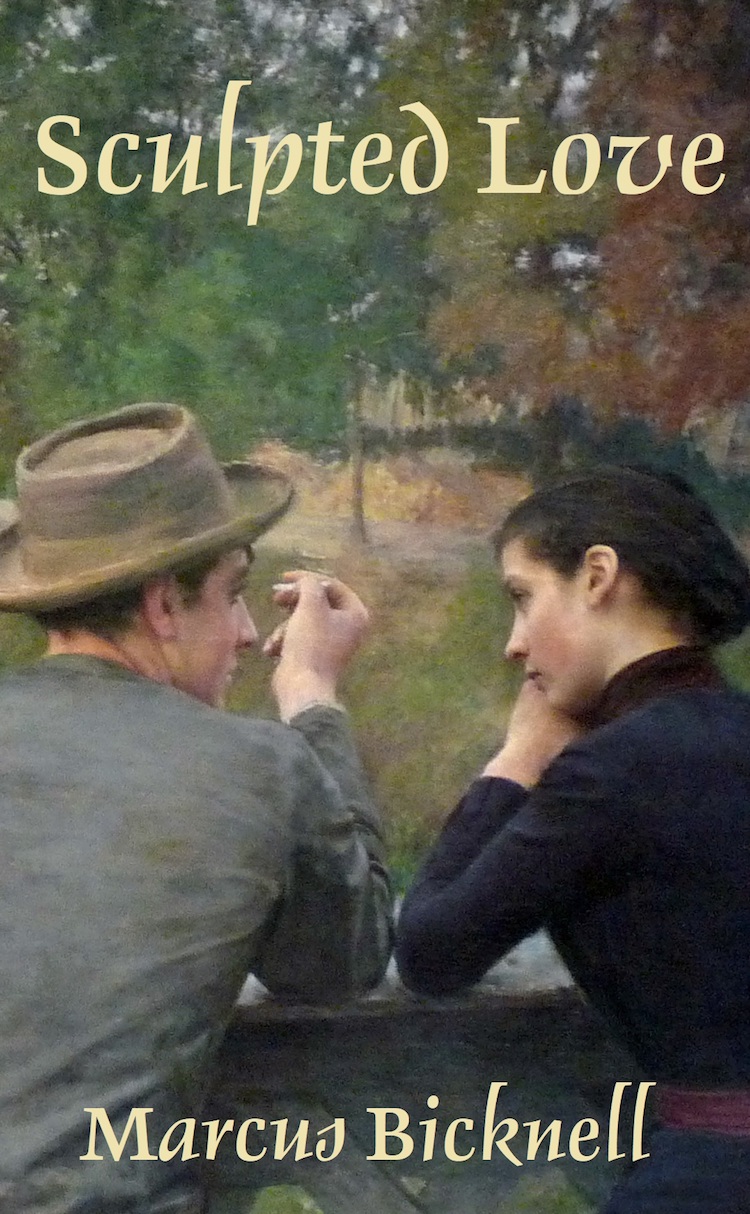 Marcus told me this week “In the late nineteenth century Nancy emerged from beneath the shadow of Paris to establish itself as the second artistic centre of France. One of the Nancy artists was Émile Friant, who began his artistic career at an extremely young age and rose to prominence with his portraits (often against a local landscape), social studies and nudes. Friant attended the École de l’Est in Nancy, where he began drawing courses and quickly showed his adeptness at drawing. He enrolled in the École de Dessin et de Peinture de Nancy, becoming the favourite student of the director Louis-Théodore Devilly, an accomplished artist who studied under Eugene Delacroix. Under Devilly’s tutelage, Friant painted studies of still life, landscapes, and afterward portraits which he sold for thirty francs apiece. He was just fifteen years of age when he first exhibited at the Salon des Amis des Arts in Nancy and was referred to as “le petit Friant”. The city of Nancy granted him a scholarship which allowed him, at age 16 years, to relocate to Paris.

“Nancy was one of the most important centres of the art nouveau style in France. Artists like Emile Gallé, Victor Prouvé, Antonin Daum or Louis Majorelle found inspiration in the flora of Lorraine and expressed this using different techniques. Many of the glass artworks, paintings, ceramics, textiles and furniture from this period can today be found in the Musée de l’École de Nancy, housed in the former residence of the generous patron, Eugène Corbin. But Émile Friant maintained a staunchly academic manner of creativity when this new type of painting, ceramic and architecture was blossoming in the city around him and in Paris where he often exhibited. The criticism from the impressionists and the abstract modernists was water off a duck’s back. 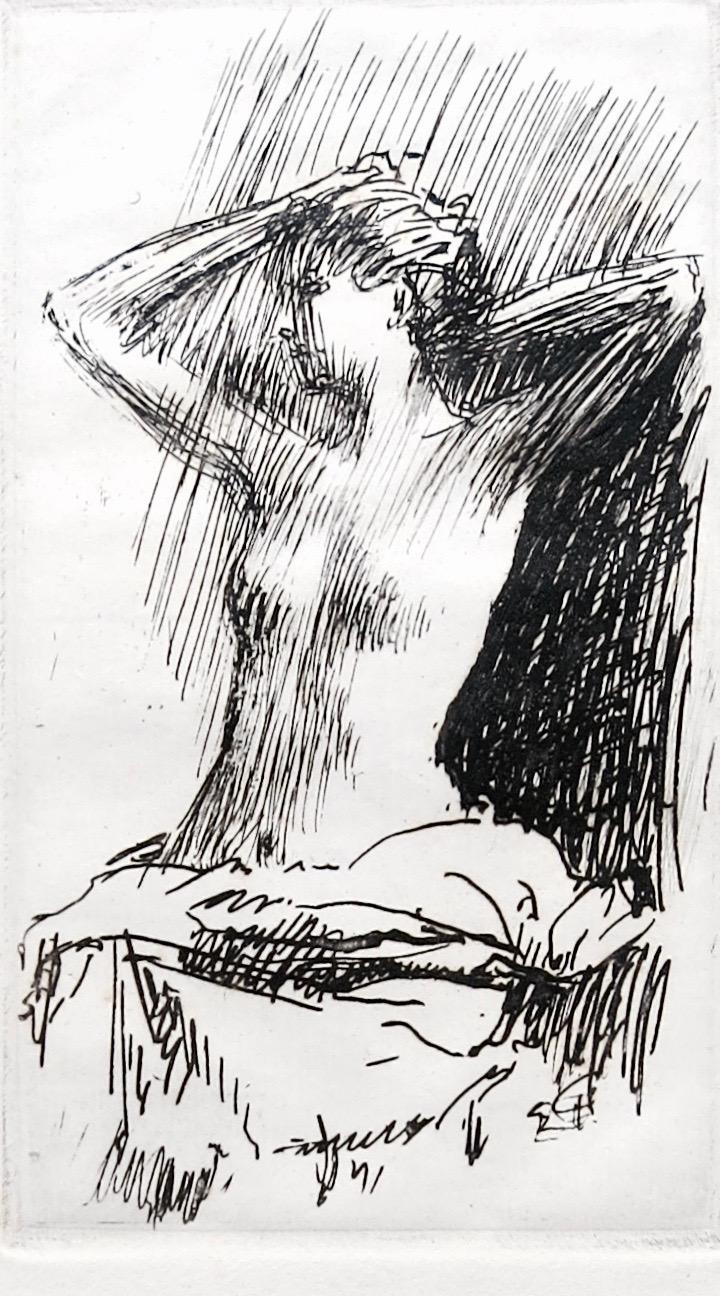 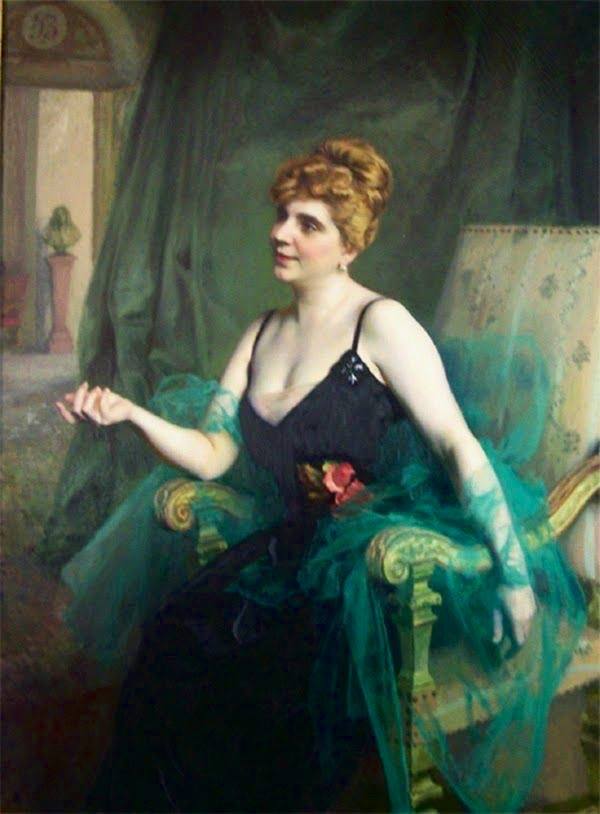 “When I was writing Sculpted Love I did online research on the 1890s in Nancy; Émile Friant’s name and art kept popping out of the page at me and I found a fascination for his painting. Several of them seemed to represent characters in my book and I decided to include them as illustrations in both the paperback and e-book versions. These pictures and the inclusion of some real people in the cast of characters are a perfect complement to the shenanigans in the fiction, some 1890s romantic sex, emancipation of women, some violence and a happy ending.”

US reviewer Bruce Kennett says “I enjoyed this book very much; it has a plot that carries you along. I learnt a lot from the narrative, about the war and the beginnings of art nouveau and the fleeing of so many creative types to Nancy; I also love love love the inclusion of all the art!”

From my point of view, I just enjoyed a really good read. An easy read but with super detail and believable characters. Clarence Bicknell was in the prime of life in the 1890s and surrounded by women; Marcus wrote a paper on his personal life. The book is set in northeast France but could it all have happened here on the coast? Marcus and his wife Susie have been living in Castellaras between Valbonne and Mougins for five years. I wonder… 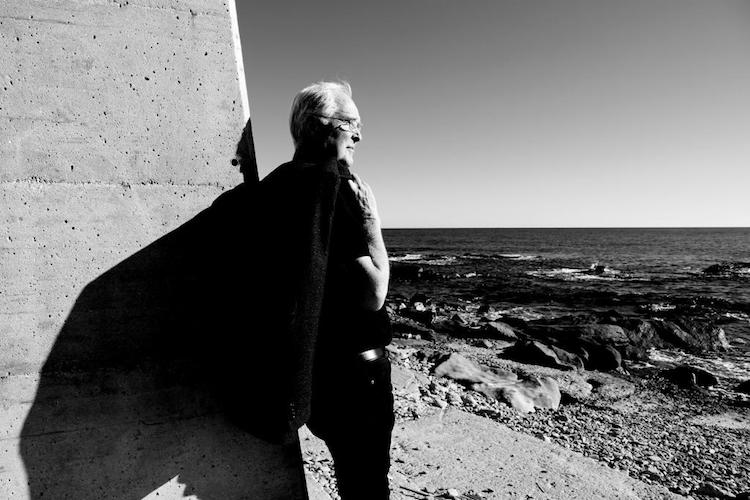 Marcus Bicknell spent many years in the music business promoting groups like Genesis, Supertramp and Police. He was involved at the start of multi-channel television with satellite operator SES Astra in Luxembourg, and has lived in seven countries including 15 years in France. Recently he has been researching and writing about culture on the Riviera and in London in the 19th century, horse-riding at home in the Chilterns, racing cars, collecting art and running websites. Sculpted Love is his first full-length book, but his mother, two brothers and various cousins are writers too.