The Night that Changed Nice Forever … But Did Not Break It

Among these people were some that came from my very own neighborhood in Nice, two spits from the Promenade des Anglais. Others came from faraway places to enjoy our glorious city, which we, the Nissart, so gladly share with them. And July 14 was a perfect day to do so.

It was a day of celebration, a holiday, a joyful, festive occasion commemorating the very day 227 years earlier when the French had finally shaken off the yokes of an oppressive monarchy. Regardless of who we were and where we came from, we reveled in the spirit of the Bastille Day motto, “Liberté, Egalité, Fraternity”.

The Promenade des Anglais, traditionally a place of gathering and celebration, is where the world meets. A place for first dates, honeymoons, birthday parties, and well-earned vacation.  A place to read, watch people, feed seagulls, stroll, play with kids. Artists produce themselves in any imaginable way … there are musicians, dancers, jugglers, acrobats, caricaturists. Swanky hotels and casinos are next to Average Joe beach cafés and bistrots, renowned museums next to fledgling art galleries. And all face the spectacularly beautiful Mediterranean sea front. A candidate even as a UNESCO World Heritage site. 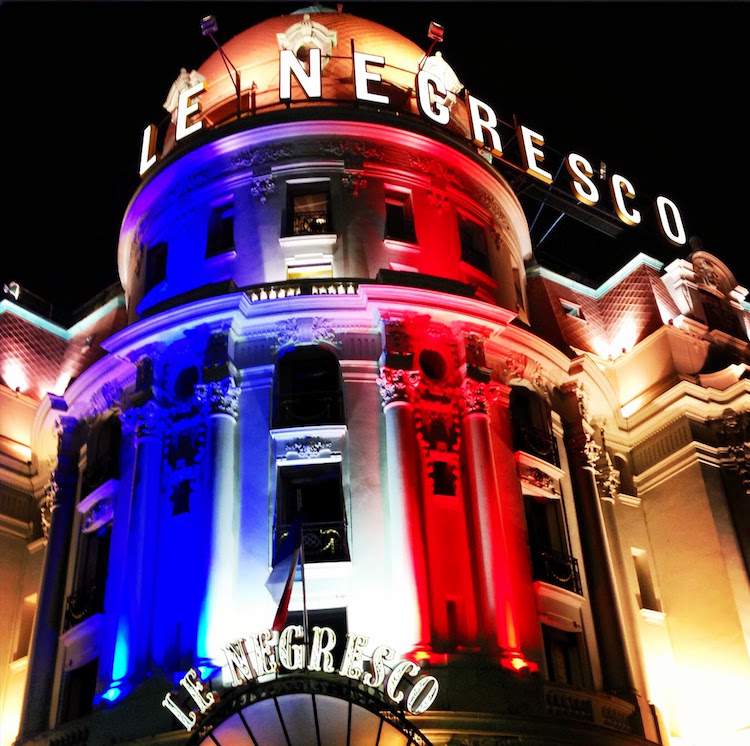 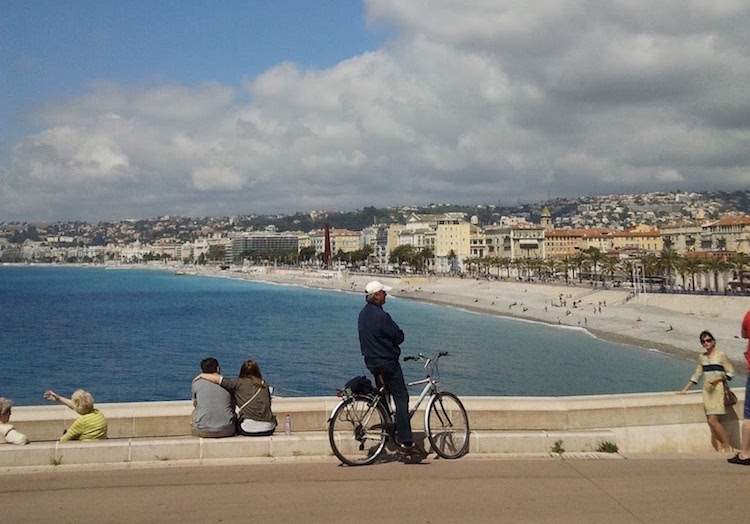 Like every other night, locals and visitors wandered up and down the glorious mile but that night, the night of the national holiday, was special. There was even more music and dance and laughter and excitement in the air, and of course fireworks. Strangers smiled at each other, filled with the spirit of sharing a moment of peace, happiness, freedom, equality, and brotherliness away from a very troubled world.

And in the blink of an eye, they became the centre of that troubled world.

Those same eyes that just seconds ago had enjoyed the sweeping vistas over the bay of one of the world’s most beautiful cities, widened in horror as they saw that truck charging at them, not leaving them a chance to jump aside to safety. Laughs turned to panicked shrieks as people ran for their lives. Some managed to grab the one next to them, jumping down the 8 foot wall that separates the street level from the rocky beach below to find shelter there, others dispersed in a million different directions, losing sight of their loved ones in their frantic flight to escape impending doom. And others yet were kneeling on the pavement, cradling the body of a man, a woman, or a child who just moments before had been full of life and joy, and now was laying there, mercilessly ripped into the abyss of death without a moment’s notice. Gone. Just like that.

Within a heartbeat, joy had turned into the bleakest of despair, pain, horror, and an unfathomable silence. And the unanswerable question, “WHY?!”

My 84 brothers and sisters were barbarically killed in this sparkling jewel of a city – a city rising out of the pebbly beaches of the azure blue Mediterranean Sea and boldly climbing up toward the foothills of the majestic Alpine mountains which since times immortal have sheltered it from intruders … a city which lovingly hugs Angel Bay, flanked by glamorous Cannes on one side and convivial Italy on the other, and representing the best of both … a city whose golden, mellow light has attracted and inspired painters and photographers, and whose mild climate makes it a welcome refuge from harsh northern winters. A city of vibrant colors, where the oxblood-red and mustard-ochre Italianate buildings of Old Town, dating back to the 1500s, harmoniously coexist alongside pastel pink and pale yellow neoclassicist Belle Époque façades, all framed by the sapphire colored sea under a cloudless sky and an ever-present sun. A city studded with palm trees, cedars, cypresses, and tropical flowers whose heady scent competes with the salty air brought in by the sea. A city where you hear music wherever you step, played by random performers from every nook and cranny on the planet, punctuated by the cries of soaring seagulls. A city filled to the brim with open air markets peddling artisanal produce lovingly grown on small local farms. A city that dates back to prehistoric times when the first settlement was erected here over 400,000 years ago and where over the course of time Greeks, Romans, Ligurians, and more recently tourists from around the world left their traces. A city somewhere between fierce and deeply rooted pride of heritage, genteel bourgeoisie, artistic creation, and immigrants from the four corners of the world, one that welcomes and embraces people from all walks of life, a melting pot at the crossroads of cultures without an elitist attitude, where there is a place for each and all. A city so beautiful and vivacious and eclectic that after living there, no other place will ever do. The Niçois anthem “Nissa la Bella” is time-honored testimony to this Italian-flavored spirit and joie de vivre.

This beautiful city is where my 84 brothers and sisters lost their promising lives. Some of them were much younger than me, and others much older. They were white and black and every shade in between. Christians, Muslims, Jews, Buddhists, and atheists. Rich ones and poor ones … acclaimed scientists, talented artists, enterprising business people, devoted teachers, idealistic students, off-duty policemen, young parents, and innocent children, all still under the spell of the flamboyant fireworks they had just witnessed.

Their eyes will never again take in the magnificence of this golden city, their ears will never hear another note of the joyful tunes that fill the air or the white-crested, sparkling blue waves gently lapping the shores. The last thing they saw was a charging truck and the last thing they heard were the sound of a howling engine. 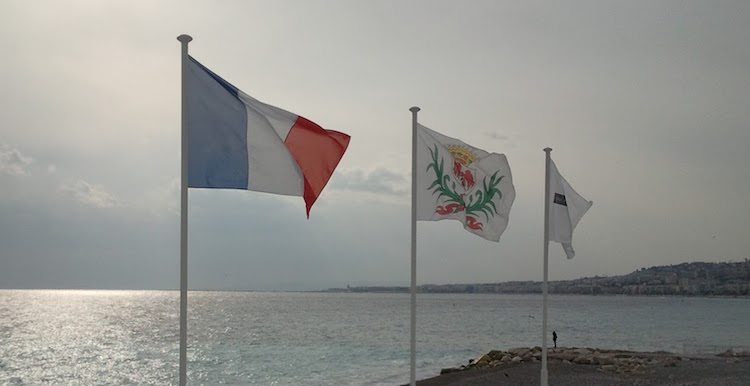 Why not come together in unity, why not prove why love and tolerance are stronger weapons than a truck or all the guns in the world? Today, it hurts to even think of forgiveness. Today, we deeply mourn. Today I hate the man who did this. The man who coldly took my brothers and sisters’ precious lives, who caused immeasurable pain to their loved ones they left behind, who ripped parents from children and children from parents, and who deprived my beautiful, happy city of its playful innocence. The man who impregnated the minds of the ones who escaped him with indelible, traumatizing memories that will haunt them forever. I hate him for doing this on a day that is so significant for this country, a day that celebrates the very best values of humanity. And I believe no one will blame me for my anger and my sorrow.

But hatred does not bring these dear people back, and does not undo the endless grief we live through. There is only one way forward. Overcoming evil with goodness. With freedom, equality, and brotherliness. Exactly what Bastille Day is all about. 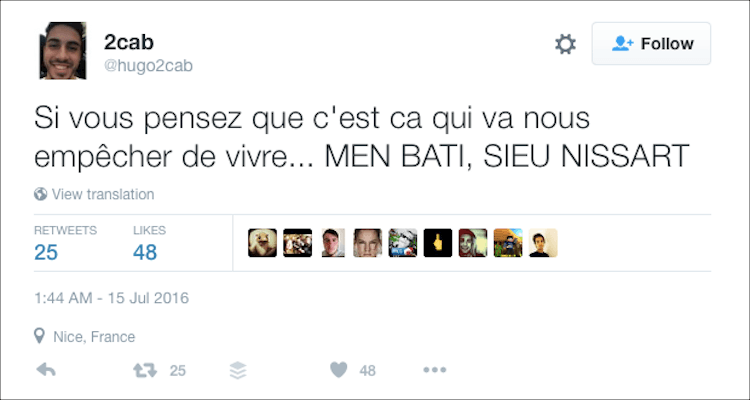 The people of Nice are proud and resilient. We have our own language. Our motto is “m’en bati, sieu nissart”, summing up our history and our strength. And we will move forward with grace, the best … no, the only way of honoring those who we lost. We, who survived, will never again stroll along the Promenade des Anglais with the same sense of joyfulness that has filled us for its sheer beauty and sense of unity with the world. I will never again walk by my favorite spots – a bench facing the sea where I met a new friend, my standard hangout on the beach where I spent countless happy afternoons and evenings, the restaurant across where I used to have drinks with my loved one – without wondering if it was right here that someone’s life found its brutal, horrific end.

Our hearts bleed and ache for each individual fate, and it will take all of us a long time to heal but eventually we will….. but 84 of our brothers and sisters are not as lucky. The only comfort we can take is they spent the best possible evening in this incredibly beautiful city on the night they had to leave us, on the anniversary of a day when oppression gave way to Liberté, Egalité, Fraternité. 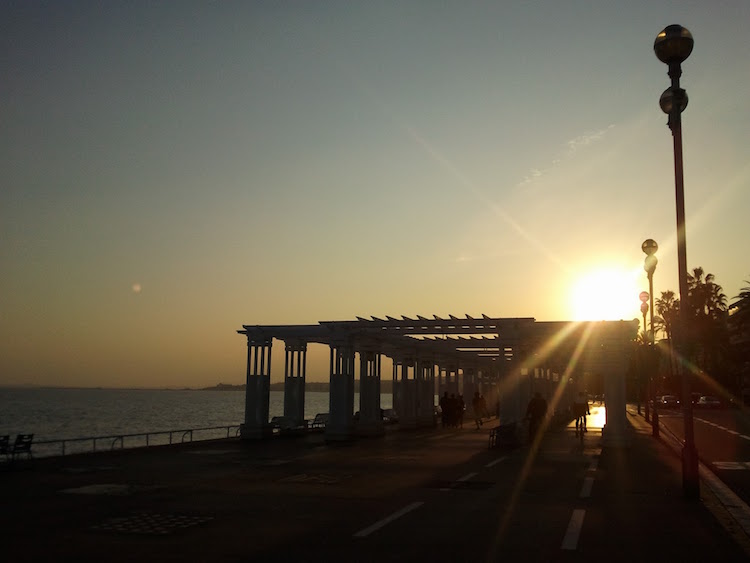