Animal abandon and abuse run rampant in France. Luckily there are great animal welfare organisations and activists that help restore faith in humans.

Three months after the heartbreaking discovery of numerous diseased cats and dozens of others near death that had been placed in the hands of a woman running a private animal shelter in Biot, leading local animal welfare organisations ASA 06 and La SPA de Grasse are still trying to cope with the aftermath of the tragedy. Most surviving cats still require ongoing veterinarian care. The amount of money it takes to provide proper medical care and living conditions for them is astronomical. And once the court case against the person accused of animal abuse and neglect is through, good adopting families will be needed.

Many organizations and volunteers have rallied to support ASA 06 and La SPA de Grasse in their Herculean task through concrete actions, awareness campaigns, and collection of funds, pet food, and gifts. Among many positive initiatives, one stands out particularly for its originality and impact. 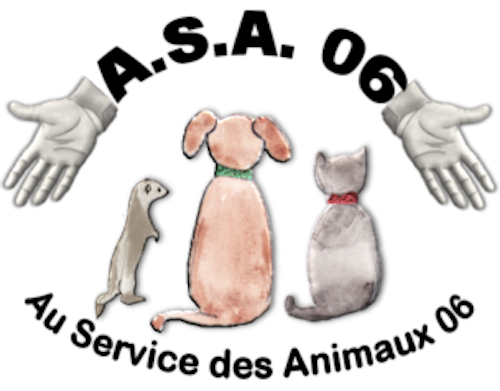 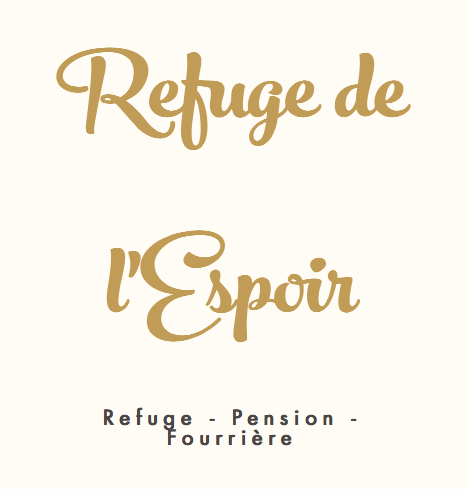 The day after the Biot tragedy hit the headlines, longtime Grassois city councilor and animal lover Mahamadou Siribié spontaneously decided to put his high public profile to good use by initiating a charity run benefitting the animal cause. Scheduled for Sunday, March 3, “Courir pour un animal” (Run for an animal) seeks to raise awareness for the protection of animals in general, and the needs of the surviving Biot cats in particular.

Known as the “Runner for the Animal Cause”, Mahamadou won’t be setting off solo on his 27 km trek across the scenic hills from Grasse to Châteauneuf, Bar-sur-Loup, Tourrettes-sur-Loup and on to Vence. His well-trained running buddy, 8 year old border collie Petiot, will cover 5 km at the start and another 5 at the end. But human athletes are also encouraged to join: whether it’s the full distance or a leg, anyone can participate, with or without a four-legged friend. This is not a competition, but there are still only winners: every participant goes away with the satisfaction to have done something positive for homeless, defenseless animals, and those in return are assured the attention and help they so desperately need. 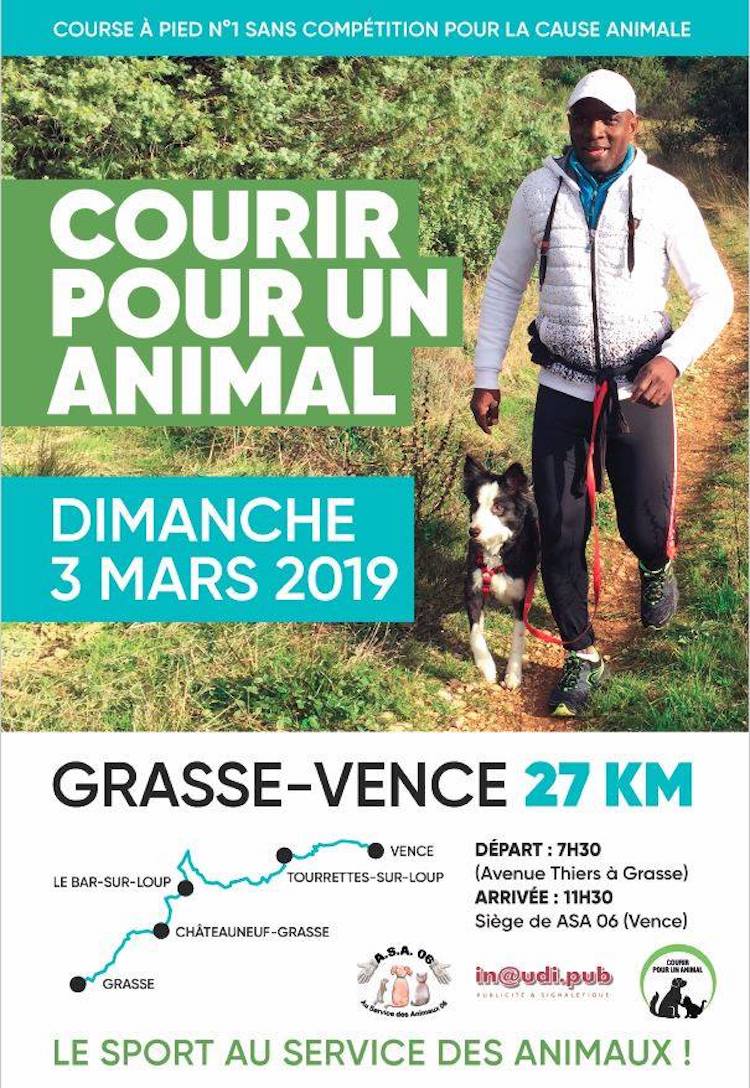 The Mayor of Grasse, Jérôme Viaud, will kick off the run on Sunday, March 3 at 7.30 am at avenue Thiers (and accompany Mahamadou on the stretch from Grasse to Chateauneuf). Arrival in Vence is planned for around 11.30 am where the town’s deputy mayor Patrice Miran and Cécilia Fruleux, director of ASA 06 will welcome the runners at the association’s office.

“People are marching for all sorts of worthy causes these days, from climate to environment. To my knowledge, no one else is doing a long distance run for animals though. I don’t limit my engagement just to the region but anyone can contact me to run in their city to raise awareness for our four-legged friends’ needs,” the athletic and dynamic city councilor says.

But not enough…. along with this Grasse-Vence run, Mahamadou Siribié has also just started a fundraiser to help local associations finance campaigns to neuter and spay feral cats. TNR programs targeting feral colonies are extremely important, not only to inhibit the proliferation of animals living the misery of an outdoor life but also to prevent potential sanitary and health risks for the human population arising from an overabundance of ferals, the municipal delegate explains.

Animal welfare organizations Au Service des Animaux (ASA) 06 and La SPA de Grasse that discovered the tragedy at the so-called “House of Horrors” in Biot last November, have already done excellent rescue work over the years, but truly surpassed themselves in the aftermath of this case. Working only with volunteers, the organizations helped the surviving cats get the care so desperately needed, led initiatives to collect donations, food and materials, and mobilized other charitable organizations to assist through fostering.

While the vast majority of these supporting organizations render impeccable and irreproachable service to their little four-legged protégés, there are, like always in life, a couple of wolves in sheep clothing. So, a friendly word of caution to well-intentioned supporters of the animal cause: if you volunteer to foster an animal, and specifically from the Biot lot, do your research on the organization that asks for your help. Sadly, not all of them have the animals’ best interest at heart. Your best bet is to consult with ASA 06 beforehand via its very responsive Facebook page. 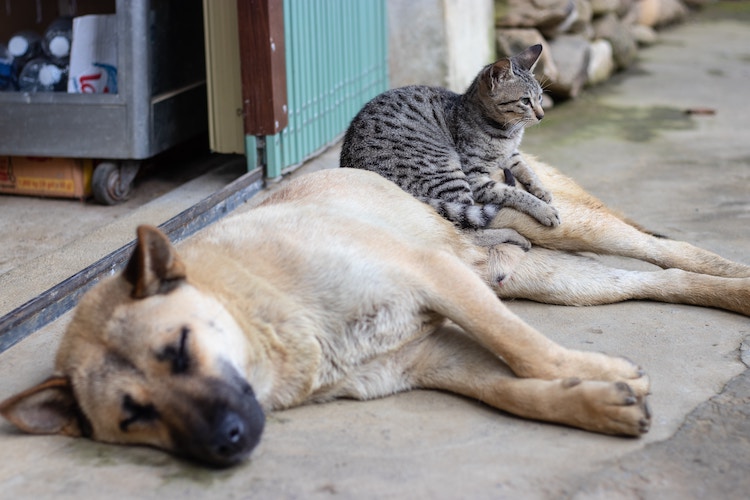 In the meantime, feel free to join Amadou Siribié’s Grasse-Vence charity run on Sunday, March 3. If you cannot do that, please consider supporting his fundraiser for the sterilization of feral cats, or donate money, food, blankets, toys, and other useful items directly to ASA 06. Thank you in the name of the countless abandoned or abused cats and dogs left to the mercy of men in a shelter or in the street.