The draw for the 2016 European soccer championships being held in France took place in the Acropolis in Nice this afternoon.

Nice was the focus of attention of the European footballing fraternity this afternoon, as the draw was made for the 2016 Euro Championships.

The event was presided over by UEFA president Michel Platini in the Acropolis, and this year honoured the goalkeeper. Legends like the great Dino Zoff, Pat Jennings, Peter Schmeichel, Hans van Breukelen, and Fabien Barthez were all on hand to assist with the draw.

The 2016 championships will be the first to have 24 teams compete in the finals stage, a change to the previous format that included just 16 teams. This will be the third time that France has hosted the event, and the Stade Allianz Riviera will play its part in the proceedings. Along with Nice, the other host cities include Paris, St. Etienne, Lyon, Lens, Lille, Marseille, Bordeaux, and Toulouse. 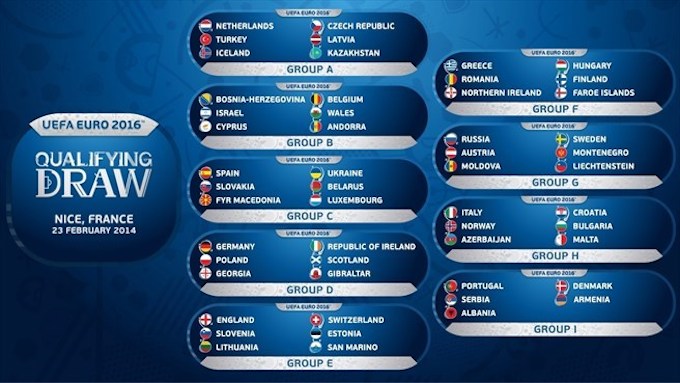 The final draw for the 2016 championships is as follows:-

France will only play friendly matches in their group, as they automatically qualify for the finals as hosts. A full list of the qualifying matches for the Euro 2016 championships is available on the UEFA website (PDF).

Lead image via Soccer Cappers website; all other images via UEFA