Nominations are now being accepted for the RBC Business Person of the Year Awards 2017 which this year will be sponsored and hosted by the EDHEC Business School at its Nice campus.

The Awards Ceremony & Gala Dinner will take place on Friday, 1st December 2017 starting at 7.00pm at the EDHEC Business School campus. Other sponsors this year include The Riviera Insider, Tribune Bulletin Côte d’Azur, Ramel Communications, and Events By George, with ANDYANA as the trophy sponsor for the second consecutive year.

The Awards are held with the support and participation of the CCI – Chambre de Commerce et d’Industrie de Nice et Côte d’Azur, and are, without doubt, the most prestigious business awards in the region.

Once again there are two categories of awards for you to nominate your chosen business person or company – Start Up of the Year 2017, and Business Person of the Year 2017. 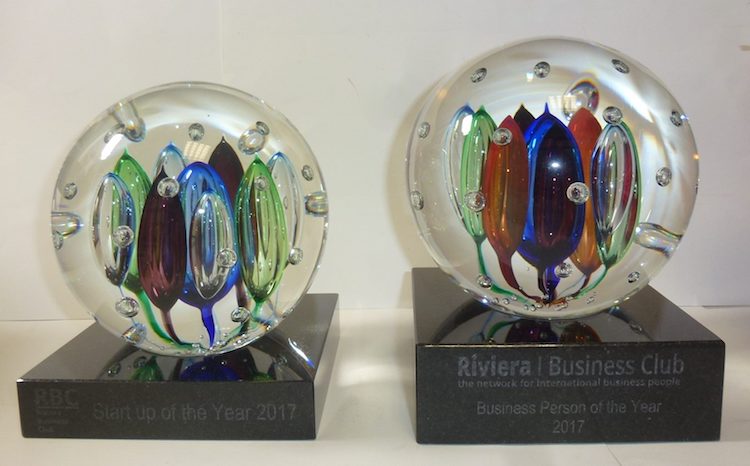 The basic qualifications to be nominated for the awards are as follows:-

The company should be registered and operating in the Provence-Alpes-Côte d’Azur region OR The Principality of Monaco and should have been in business for a minimum of one year as at 1st September 2017.

Business Person of the Year 2017

The company should be registered and operating in the Provence-Alpes-Côte d’Azur region OR The Principality of Monaco and should have been in business for a minimum of three years as at 1st September 2017.

Any individual resident in the Provence-Alpes-Côte d’Azur region OR The Principality of Monaco is eligible to nominate a company of his or her choice for these awards. Nominations close at midnight on the 31st of October 2017. Further information regarding Entry Rules and Judging Criteria can be found on the RBC website.

Members, friends, well wishers of the RBC and members of the general public are invited to nominate whoever, in their opinion, deserves to compete for these prestigious awards. Do keep Friday the 1st of December free to join the RBC for the Awards Ceremony and Gala Dinner to support your nominee in what promises to be a great event, as well as a great networking opportunity attended by the local business community of the PACA Region.

Timeline for the 2017 RBC Awards