What happens when a historic hilltop village has a mayor who shares his passion for the circus and the performing arts with the public? We found out.

Summer on the Côte d’Azur means beaches packed to capacity with pale Northerners in quest of a tan, a molasses-like stream of tourists flowing through Old Town Nice, and locals and insiders taking to the back roads for a good dose of tranquility, charm, and culture. Of the many pretty villages just a short hop, skip, and jump from Nice, one is particularly enchanting, in more than one way.

Perched high up on its rock and beautifully preserved, the medieval village of Tourrette-Levens is miraculously untouched both by the ages and by mass tourism. And yet, for the past two decades it has been home to an annual series of summer spectacles of a quality that is nothing short of astounding. The man behind it all: Dr. Alain Frère – Mayor of Tourrette-Levens, Vice President of the Conseil Général des Alpes-Maritimes, in charge of cultural affairs…. and tirelessly at work to make magic happen, quite literally.

The day four-year-old Alain witnessed his first circus performance marked the beginning of his lifelong love affair with the chapiteau. When later the time came to choose a career, he discovered that the region didn’t have a circus school, so he studied a field as diametrically opposite of the performing arts as possibly imaginable, and became a medical doctor. Even though, he never lost sight of his passion, and did whatever he could to keep it alive and advocate for it. He travelled all over the world to watch circus shows, became friends with many the greatest performers of their time, and in 1973, co-created the annual Festival de Cirque de Monte-Carlo, under the patronage of Prince Rainier III.

The years went by… Dr. Frère engaged in local and municipal politics, and in 1983 was elected Mayor of Tourrette-Levens. “And a great one, too, we love him, he really takes good care of all of us!”, as one kind man tells us who proudly shows us around the newly renovated church, a resplendent jewel of pure baroque which Dr. Frère had recently pushed to have restored to its former glory after it had fallen in disrepair. So happy are the locals with their mayor that he has since been re-elected term after term for well over 30 years…. The 100% vote which he scored in 2009, he puts down to simply being a friend of the people.

To his great delight, his office afforded him the opportunity to not only realize his childhood dream of being involved with the circus in some way, but better yet: share it with the public. And he had just the right location for it – one that could not be a more magical setting: the 12th century hilltop castle overlooking the village on one side and the valley on the other. Dr. Frère and the municipal council had purchased it in 1992, and within just two years launched the first of an annual “Festival des Nuits musicales et culturelles du Château”.

Word of its quality quickly spread well beyond La Countéa, and Tourrette-Levens became one of the crown jewels of the renowned Soirées Estivales, the annual summer festival of the Alpes-Maritimes. Now in its 19th season (June 27 to September 28), this regional festival includes 415 spectacles in 150 communities, featuring over 1,000 artists, and partnering with over 50 other significant cultural events and organizations, as Éric Ciotti, President of the Conseil Général, states. 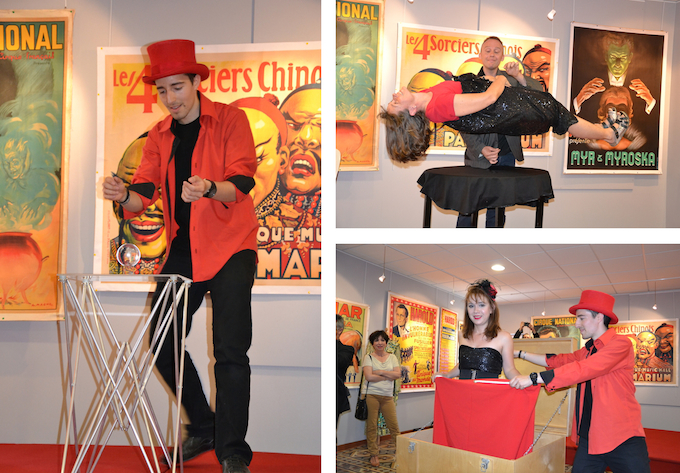 The 2014 festival in Tourrette-Levens includes soirées as diverse as classical music, magicians, an American jazz band, Music Hall, cabaret, a reading in commemoration of the World War I centennial, and a Molière-inspired play, to name but a few acts…. A varied programme that easily stands up to the crème de la crème in the big regional cities, performed on an open-air stage with breathtaking panoramic views.

“It matters to me that everyone can enjoy these cultural events,” the Mayor tells us. “There are shows for the young ones, families, and also a more mature audience, and I made sure that all of these events are free.” Free? Yes indeed! Admission does not cost a single cent, making them truly available to all. The performing arts matter greatly to Dr. Frère but sharing the experience with his community and its visitors matters even more to him.

Hands-on, gregarious, and jovial, Dr. Frère is frequently found at the Cultural Centre on Sunday afternoons where throughout the summer he hosts a weekly show of magicians. Sitting at the reception desk and cordially welcoming the audience with a warm handshake and a kind word for everyone, he is right in his element – not a publicity-engendering politician but a proud and generous host, eyes sparkling with excitement and passion as he engages with his guests to make sure they are all happy and well taken care of. Currently it’s magician Philippe Light’s turn on the stage whose poetic show includes a rare white cacadu. In mid July, his act will be followed by an illustrious lineup of other magicians, including the 2003 world champion Norbert Ferré.

During the current “Magic” season, the Center also features an amazing display of artifacts revolving around magicians. There are historic advertising posters and billboards, splendid original costumes worn by great magicians of bygone times, photos with personal dedications to Dr. Frère by some of the world’s most famous acts, from David Copperfield to Siegfried and Roy, props, and numerous other memorabilia around the theme of circus, magicians, and clowns. Many of those items hail from the mayor’s private collection, or have been donated for this purpose.

Not content with that, Dr. Frère also remembered that there was no circus school when he was younger, and simply founded one…. which earned him the nickname of “Pépé Cirque” by the 80 children and youth that now attend the school.

But just when you think you’ve explored all of Tourrette-Levens and its cultural offering, you will stumble across even more jewels, three magnificently curated museums, presenting the region’s natural and social history: the Museum of Natural History, housed in the Chateau, is home to an unrivalled collection of butterflies, insects, and fossils; the Museum of Prehistory narrates the story of the Cro-Magnon man’s life and shows artifacts from local grottoes; and the Museum of Traditional Crafts features over 6,000 utensils and tools dating back centuries, shedding light on the work and lives of local artisans. And indeed, those museums, too, are free of charge.

Magical, right? Well, in his own way, Dr. Frère – physician by profession and mayor by election – is a magician after all…. 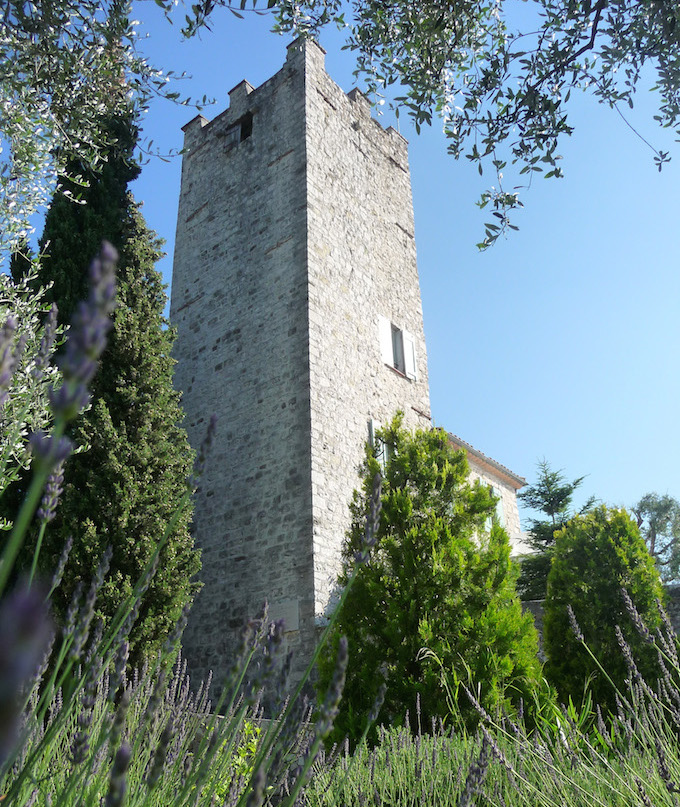 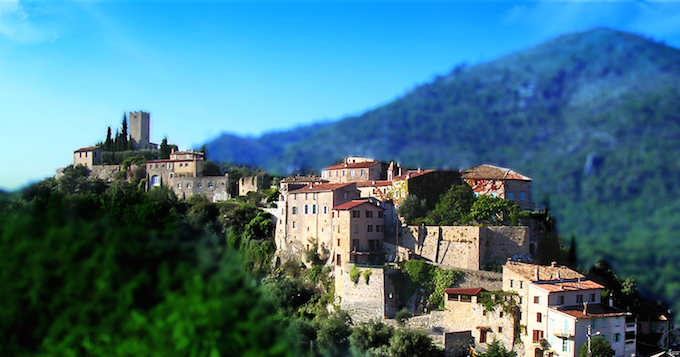