There is MasterChef, there is Top Chef…. and then there is Jany Gleize, proprietor of La Bonne Étape and Michelin-star studded gentleman chef – a league unto himself, and a culinary legend since long before cooking became a popular spectator sport. March 7 is therefore circled in red in the calendars of his guests, fans, and friends as the day when he finally shares his treasure trove of signature recipes in an eponymously titled cookbook.

“La Bonne Étape de Jany Gleize” contains 50 beautifully illustrated recipes based on ingredients close to the chef’s heart (and hearth). Lamb, game, vegetables, mushrooms, truffles, olive oil, herbs and spices, cheese, honey and almonds…. they all are part of the traditional local culinary heritage that Jany is so passionate about. He sources them from local markets and suppliers as they are in season and integrates them into his cuisine with unique creativity and elegance, while respecting their authenticity.

From Jany’s mouthwatering lamb of Sisteron to the colourful stuffed zucchini flowers, the book contains all the staples guests of La Bonne Étape love, along with a few lesser known dishes. “I chose these recipes not only because they are an essential part of our culinary tradition, but also because they shine the spotlight on the soul of a region, and the spirit of a house and its family,” chef Gleize explains his selection. The recipes may come from a renowned gourmet temple but are easy to reproduce, with rich photography, detailed step-by-step instructions, and suggestions for wine pairing. 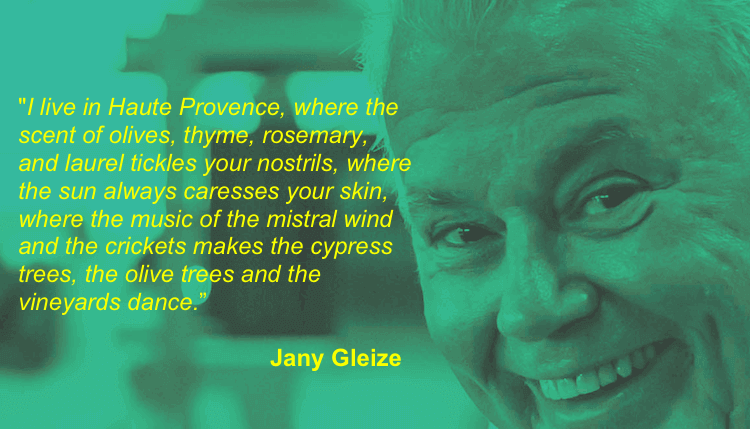 En passant, the book also features the rich colors and sweeping landscapes of Upper Provence and opens the doors of La Bonne Étape, the four star Relais & Châteaux Hotel and Restaurant in Château-Arnoux-Saint-Auban which is Jany Gleize’s ancestral home. And beyond the cooking, we are introduced to the family history of this gracious, generous, and jovial man whom you could not envisage in any other profession than that of hotelier and chef.

Hospitality has traditionally run in Jany’s family, dating back to 1911 when his great-grandparents, the Giacomino family, bought the former postal station and turned it into l’Hôtel Perrimond. When his grandparents Jean and Gabrielle Rey took over, they extended the building and added a restaurant, soon gaining wide recognition for their cuisine based on fresh produce from their own vegetable garden and locally raised livestock. To this day, the extensive, immaculately kept garden adjacent to the property still bears the name of its creator Jean Rey – Jany’s grandfather – to honor his legacy. 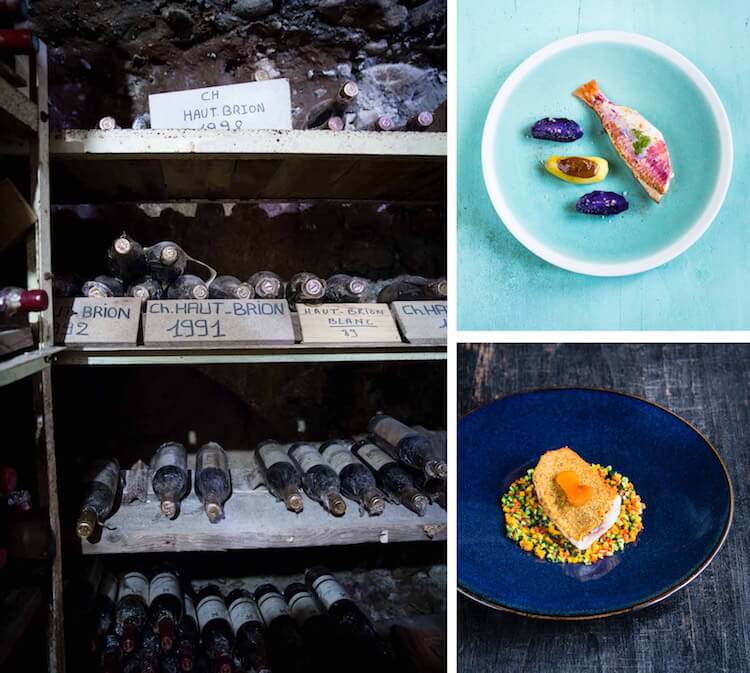 Then one fine day in the mid-1950s, a certain Pierre Gleize’s motorcycle broke down in the village, leading him to cross paths with Jean and Gabrielle Rey’s lovely daughter Arlette. Love, Jany, and a name change into La Bonne Étape in honour of their chance encounter ensued but what didn’t change under Pierre and Arlette Gleize’s reign was the high quality of their cuisine, which impressed the hard-to-please Michelin critics enough to honor it with a star. That was back on 1964, and even though yet another generation has come in since – our chef Jany Gleize – La Bonne Étape has never lost its distinction since – a truly rare 52 year feat in a notoriously fickle field where preferences move with lightning speed and expectations are higher than the surrounding Alpine mountains.

No wonder then that excellent cooking is in Jany’s DNA but he did not rely on talent alone. He received a thorough culinary education both in France and internationally, working under some of the superstars of the French culinary arts such as Jo Rostang, Pierre and Jean Troisgros, Alain Chapel, and Michel Guérard, and earning the distinction of Maître Cuisinier de France on top of the long-standing Michelin star from the ground up. And you know you must be doing something right when the president of your country, in that case François Mitterand, tasks you with cooking the state dinner for the Republic’s bicentennial in 1989. Add to those accomplishments Jany’s genuine joie de vivre, his love of the picturesque Alpine corner of France he was born into, his respect for sustainable, organically grown local products, and his appreciation of his family’s heritage…. and you are not surprised why George Clooney, as just one of the many celebrity guests, said that “this place is an oasis”. 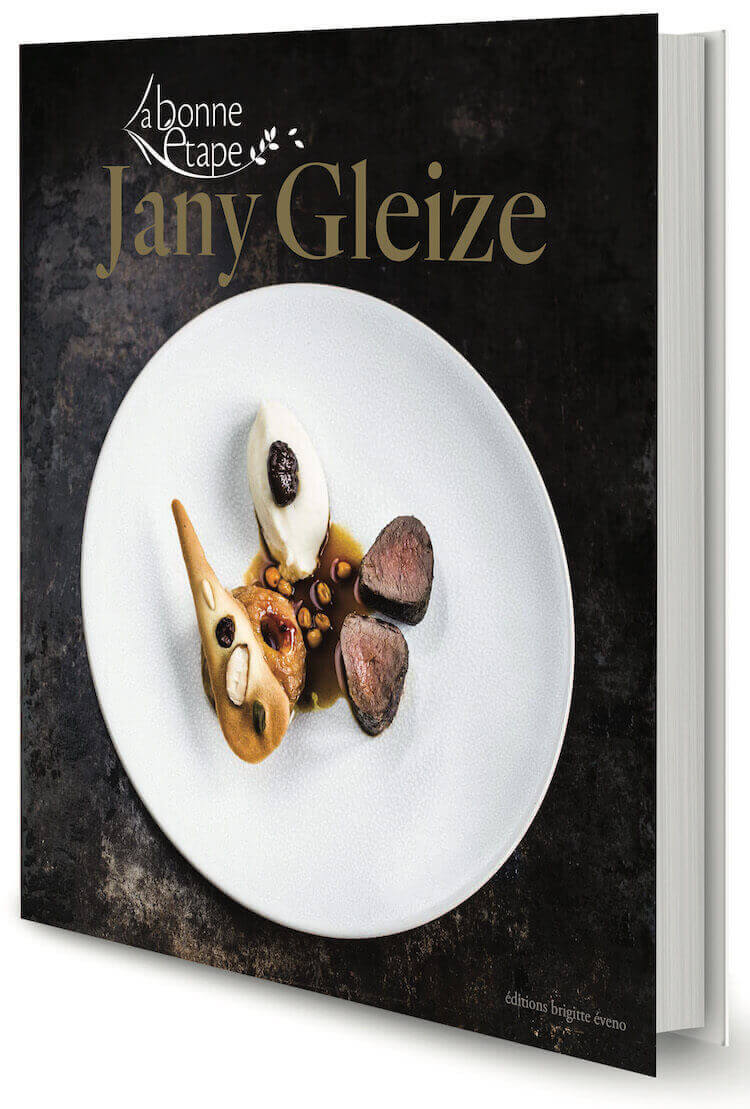 A Michelin starred chef he may be but Jany is also a humble, down-to-earth man who is more than happy to share the accolades with his team. And he has a world class one: the charming front office personnel ascertain a personalized welcome that makes you feel right at home the moment you step through the doors. And the high-caliber kitchen brigade under recently-arrived renowned chef Frederic “Féfé” Payan and his no-less talented second Frederic Caraës, as well as the restaurant staff, overseen by the amazingly knowledgeable maître d’hôtel Jessica Vaugier-Clique, ensure a culinary experience beyond all expectations.

And then there is the next Gleize crop … Jany’s daughter Jane is also on course for a stove-bound career, even making a brief cameo appearance in the cookbook. Another tremendous talent that we cannot wait to watch spreading her wings and soar, like her father, her grandparents, and those before them did.

For now, La Bonne Étape de Jany Gleize is only available in French but if you don’t master the language of Molière, this is certainly a good enough incentive to study up on it. Meanwhile, Jany also shares his expertise in Les Toqués du Sud, a food-centric cooking show hosted by Bruno Klimis which is broadcast nightly at 19.35 h on TV Sud Provence (TNT channel 30). Tune in and be amazed… this show is guaranteed to whet your appetite for a visit, or at least the cookbook.