A new production of Tchaikovsky’s operatic masterpiece, The Queen of Spades, is in rehearsal at Nice Opera

A co-production by Grand-Avignon Opera, Toulon Opera and Marseille Opera, under the auspices of the Southern Regional Cultural Management, it’s directed by French author, director and actor Olivier Py.

Tchaikovsky’s last opera, The Queen of Spades was composed in just 44 days. Based on an 1833 short story by Alexander Pushkin, it has a libretto by Tchaikovsky’s brother, Modest, and it premiered at the Mariinsky Theatre in Saint Petersburg on 19th December 1890.

As with so much of Tchaikovsky’s work, The Queen of Spades revolves around passion, tragedy, fate, life and death. Set in the ballrooms and disreputable gambling dens of 18th century Saint Petersburg, it is also a tale of human avarice.

The opera tells of young officer, Hermann, who is obsessed by gambling, but never plays himself. He has fallen in love with Lisa, the fiancée of Prince Yeletski, but she is also drawn to Hermann. Lisa’s grandmother, a Countess, made her fortune at the gambling table in Paris some years previously, through the mysterious combination of three particular cards. Prophecy has it that the Countess will die at the hands of the person who forces her secret from her. Hermann knows that he needs to learn what this combination is.

At a ball attended by the Russian aristocracy, Lisa passes Hermann the key to a garden door which leads to her bedroom, and beyond that, the room of the Countess. Confronted in her room by Hermann, the Countess refuses to talk to him, and when he draws a pistol, she dies of fright. Lisa sends Hermann a note, asking him to meet her by the River Neva at midnight, but he sees a vision of the Countess, who tells him that the three lucky cards are three, seven, and the ace. As requested, he meets Lisa, who suggests that they should leave the city, however having learned the secret of the cards, he is on his way to a gambling house. Realising that she has lost him, Lisa throws herself into the river and drowns. At the gambling house, Hermann wins on the first of his two cards, the three and the seven, then bets on the ace. To his horror, when he turns it over, he sees that it’s the Queen of Spades, and imagining that he sees the Countess’s face on the card, he stabs himself, asking forgiveness from both Count Yeletsky and Lisa.

Oleg Dolgov – who sings Hermann – was a soloist of the State Academic Symphony Capella of Russia, before becoming a soloist with the Novaya Opera Theatre. He joined the Bolshoi Theatre Opera Company in 2014, and has appeared for the company in a number of prominent roles. These include Hermann, and Vaudemont in Tchaikovsky’s other opera, Iolanta, the title role in Verdi’s Don Carlos, Alfredo in Puccini’s La Traviata, Don José in Bizet’s Carmen, Richard in Verdi’s Un Ballo in Maschera, and The Prince in Dvořák’s Rusalka. As a concert performer, Mr Dolgov has toured within Russia and abroad.

Elena Bezgodkova has won several first prizes in singing competitions in both Saint Petersburg and Moscow. She has sung the role of Tatiana in Tchaikovsky’s Eugene Onegin at both the Tchaikovsky Conservatory and the Stanislavsky Opera in Moscow, where she also sang the role of Lisa. She has appeared in the title role of Iolanta, as Semfira in Rachmaninov’s Aleko, and this season makes her debut in Wiesbaden as Cio-Cio San in Puccini’s Madama Butterfly.

With a repertoire which spans works by Rossini, Mozart, Strauss and French operas, to contemporary music, Marie-Ange Todorovitch has performed in all the major French opera houses, including the National Opera of Paris, Opéra Comique, Théâtre de Châtelet, Marseille Opera, the Chorégies d’Orange, and Nice Opera, as well as on international stages such as the opera companies of Amsterdam, Dresden, Geneva, Lausanne, and Berlin, at La Fenice in Venice, the Royal Opera House Covent Garden and the Salzburg Festival. Performances this season include those of Geneviève in Debussy’s Pelléas et Mélisande at the Opéra National du Rhin, Marcellina in Mozart’s The Marriage of Figaro, the title role in Offenbach’s La Grande Duchesse de Gerolstein and Zulma in L’italiana in Algeri at Marseille Opera, and Marta in Boito’s Mefistofele at the Capitole de Toulouse.

Also in the cast are Alexander Kasyanov, singing the roles of Tomsky and Zlagator, Serban Vasile as Yeletski, Artavazd Sargsyan as Chekalinsky, Nika Guliashvili as Sourine, Christophe Poncet de Solages as Tchaplitski and the Master of Ceremonies, Guy Bonfiglio as Naroumov, Eva Zaïcik as Pauline and Milovzor, Nona Javakhidze as the Governor, and Anne-Marie Calloni as Prilepa and Masha.

György G. Ráth is among those few conductors who are familiar with the worlds of opera, oratorio and symphonic music. His broad repertoire embraces classical music from Bach to Bartók, and operas from Mozart through Verdi, and Puccini to Janacek. He is a regular guest conductor at Teatro Colón in Buenos Aires, the Hamburg Staatsoper, the Lyric Theater in Chicago, the Teatro la Fenice in Venice, and Rome Opera, and of symphony orchestras such as the Seville Royal Philharmonic, the Symphony Orchestra of Italian Radio, the Seoul Philharmonic and the Zagreb Philharmonic. 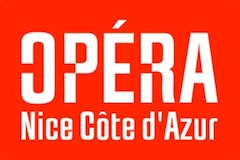 Tchaikovsky’s The Queen of Spades is sung in Russian with French surtitles. It runs for four performances at Nice Opera between 28th February and 5th March. For further information, visit the Nice Opera website. Tickets may be purchased online.