This year marks the 100th anniversary of the birth of the man regarded as one of the greatest film and theatre directors of the 20th century, Ingmar Bergman.

Bergman – also a theatre manager, dramatist and author – wrote or directed over 60 films and 170 theatrical productions. Among his best-known films are The Seventh Seal, Wild Strawberries, Persona, and his autobiographical documentary The Magic Lantern, which was directed by Michael Winterbottom. Bergman was also the author of more than a hundred books and articles.

Ingmar Bergman is known to have been influenced by the somewhat unlikely combination of Shakespeare, Molière, Ibsen and Strindberg, yet, with his focus directed largely on the family unit, his films have mostly reflected variations on a central theme – the inability of human beings to communicate with each other. He is also known for his almost casual attitude to the inclusion of nudity and sexuality in his work. Almost all of his films were set in Sweden, with the small island of Fårö having been his primary location of choice, and among his closest collaborators were the actors Max von Sydow, Liv Ullman and Bibi Andersson, the cinematographer Sven Nykvist, and the costume designer Mago. Bergman died in 2007, fittingly, on the island of Fårö. 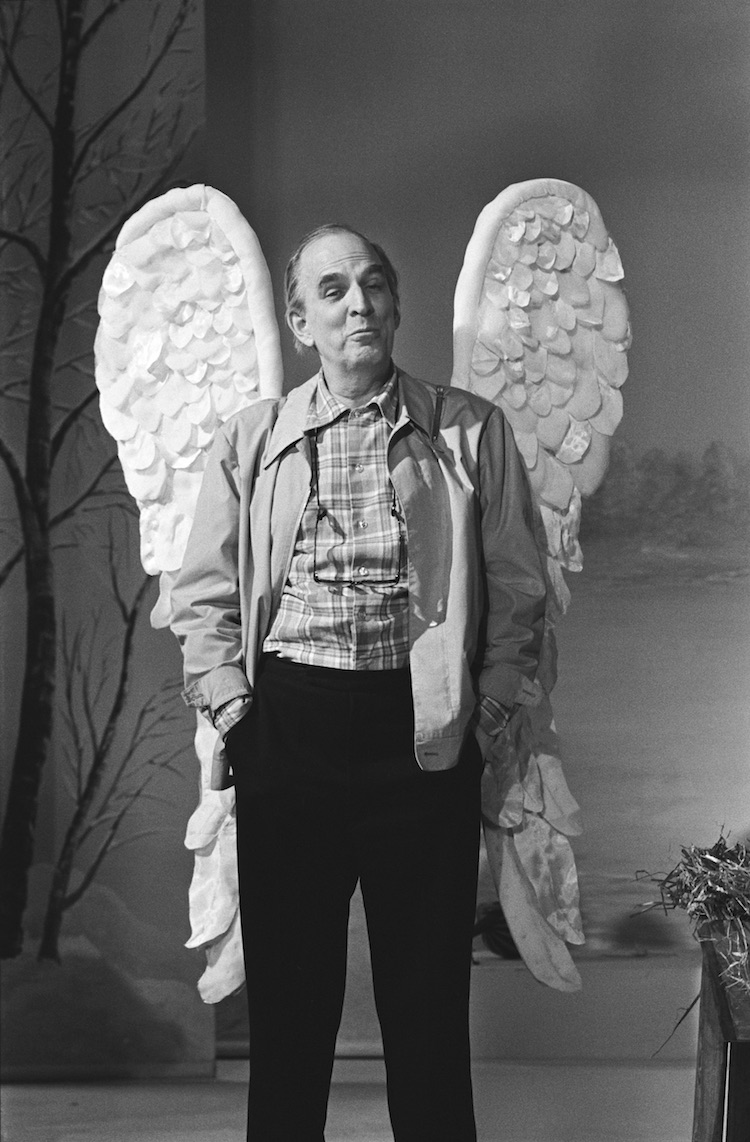 Johan Inger’s dancing career started with the Royal Swedish Ballet, from where his fascination with the works of Jiří Kylián led him to Nederlands Dans Teater. There his talent for choreography was soon noticed by Kilián, then Artistic Director of the company, and Inger’s debut work, Mellantid, won him the Philip Morris Finest Selection Award in the Contemporary Dance category of the 1996 Holland Dance Festival. In 2001 it was nominated for a Laurence Olivier Award in the Best New Dance Production category. In 2003 Inger was appointed Artistic Director of the Cullberg Ballet, where – to celebrate the company’s 40th anniversary in 2007 – he created the work Point of Eclipse. In 2009 he decided to devote himself completely to choreography, becoming Associate Choreographer with Nederlands Dans Theater, creating regularly for both NDT1 and NDT2, celebrating the 50th jubilee season of the company with his work Dissolve in This.

Johan Inger has been the recipient of numerous other awards and honours during his career, one of the most notable having been the prestigious Carina Ari medal presented in Stockholm in 2013 for his worldwide promotion of Swedish art and dance, and he has twice won the Danza y Danza Award – in 2005 and 2015. He now devotes himself entirely to choreography, and his works are found in the repertoire of some of the finest contemporary dance companies of today.

4 Karin was inspired by the short dance film The Dance of the Damned Women which Bergman made for Swedish television in 1976. A black and white film, it focussed on four women in an isolated environment whose feelings and emotions were expressed by their facial expressions, their hands and movements. In Inger’s interpretation, these four characters represent power struggles between different generations – women who play a role imposed on them by other women from previous generations. The work – performed by Anna Herrmann, Nina Botkay, Olivia Ancona and Alva Inger Armenta – is set to a 1983 recorded version of Monteverdi’s Il Ballo delle Ingrate, by Les Arts Florissants, conducted by William Christie.

Thoughts on Bergman is a solo work by Alexander Ekman, danced to Chopin’s Nocturne No 2 in E flat major Op 9, on the theme of “What is dance”, with a voiceover by Bergman.

A choreographer, film and theatre director, Ekman creates pieces for theatres, opera houses and museums around the world, and has collaborated with some 45 dance companies, including the Royal Swedish Ballet, Cullberg Ballet, Compañia Nacional de Danza Goteborg Ballet, Iceland Dance Company, the Norwegian National Ballet, Boston Ballet, Royal Ballet of Flanders, Sydney Dance Company, The Royal Ballet of Denmark and Vienna Ballet. His work has also been presented at festivals such as the French Europa Danse and the Athens International Dance Festival. 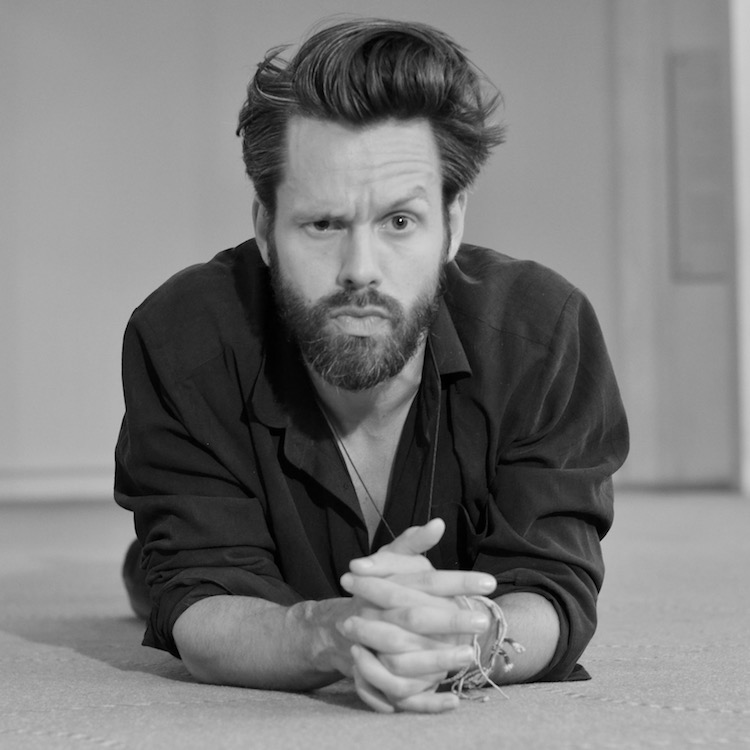 The recipient of first prize in the 2005 International Choreography Competition of Hannover, Ekman has also worked as a teacher and choreographer at the Juilliard School in New York City, and his 2010 work Cacti, which became an international hit, was nominated for the Dutch Zwaan dance prize in 2010, the National Dance Award (UK) in 2012, and also for a British Olivier Award.

In one of his most unusual creations, Ekman created in 2014 his unusual version of Swan Lake for the Norwegian Ballet, in which he filled the stage with 6,000 liters of water to create a real lake. The following year he devised his own version of A Midsummer Night’s Dream for the Royal Swedish Ballet, the same year in which received the Swedish Medea Award for “Inventor and renewer”. More recently, in 2016, he received the German theatre award “Der Faust” for his ballet COW for the Semperoper Ballet.

Mats Ek – son of Swedish actor, Anders Ek, and Birgit Cullberg – choreographer and artistic director for the Cullberg Ballet Company – initially worked as stage director and assistant at the Royal Dramatic Theatre of Sweden, and also the Marionette Theatre in Stockholm, before joining the Cullberg Ballet in 1973. He left in 1974 to spend a year with the Deutsche Oper am Rhein, and made his choreographic debut in 1976 with The Officer’s Servant, the first of many works created for the Cullberg Ballet, and subsequently also for Nederlands Dan Theater.

It was during his time with Deutsche Oper am Rhein that Mats Ek’s interest in reinterpreting the classical repertoire evolved. He returned to the Cullberg Ballet – initially as co-Artistic Director in 1980, before becoming sole Artistic Director from 1985 to 1993 – and, with his distinctive style and imaginative recreations of storylines, staged his versions of Giselle, The Rite of Spring, Swan Lake and Carmen for the company. The Sleeping Beauty – for Hamburg Ballet – followed, as did appointments as guest choreographer for companies such as the Royal Swedish Opera, Norwegian Opera, Stuttgart Ballet, American Ballet Theatre, La Scala Milan, Metropolitan Opera and Paris Opera Ballet. 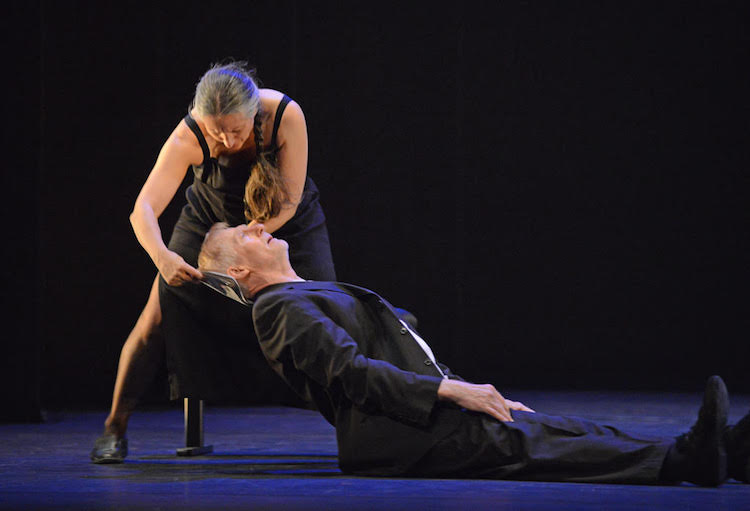 Mats Ek has retained his interest in other forms of theatrical production, staging plays for the Orion Theatre and the Royal Dramatic Theatre in Stockholm, Gluck’s Orphée for the Royal Swedish Opera, and next year he will create two new ballets for the Opéra de Paris – Bolero and Another Place – the latter based on Franz Liszt’s piano B minor piano sonata.

Mats Ek’s Memory is a revival of the duet he created in 2010 for himself and his wife (and long-time muse), Ana Laguna. The recorded music for this piece is by Nico Rölke.

The Video Designer for Dancing With Bergman is Bengt Wanselius, who shared a close collaboration with Ingmar Bergman for more than twenty years, photographing twenty-two of his productions which included opera, television and stage works. In 2010, Bengt was given a Gold Medal by the King of Sweden, Charles XVI Gustave.

Dancing With Bergman is a co-production between the Ingmar Bergman Foundation, Productions Internationales Albert Sarfati and the Norwegian National Opera & Ballet. The peformances take place at the Salle Garnier, Opéra de Monte-Carlo, from 12th to 14th July. For more information and tickets, visit the Ballets de Monte-Carlo website.