Two very talented and accomplished French actors based on the Riviera, Sophie Chiara Viglio and Nicolas Carré, came up with the idea of taking an old caravan, attaching a stage then taking it on the road.

That was in February this year and, Voila!, it sprang into life at an inauguration with a live performance of Ciné-Guinguette at the Citadel in Villefranche sur Mer at the end of May! A brilliant achievement in both the project planning and artistic sense. Creating the caravan theatre involved a lot of hard work by the team together with excellent carpentry work. 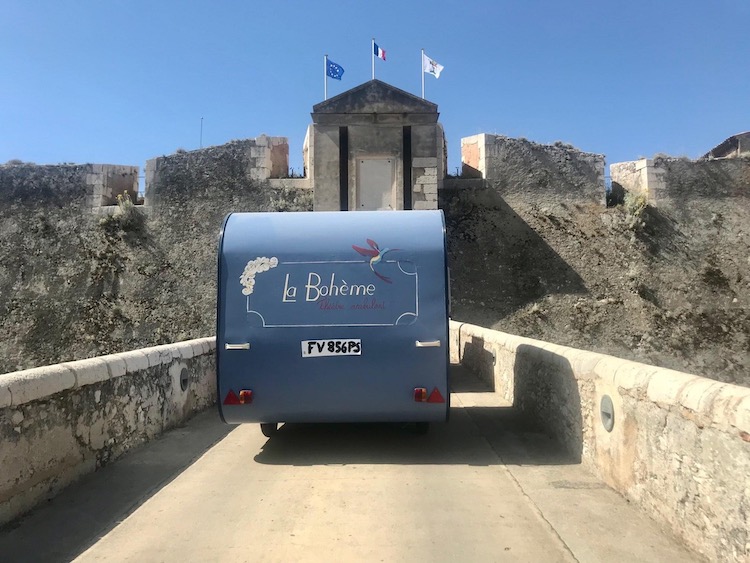 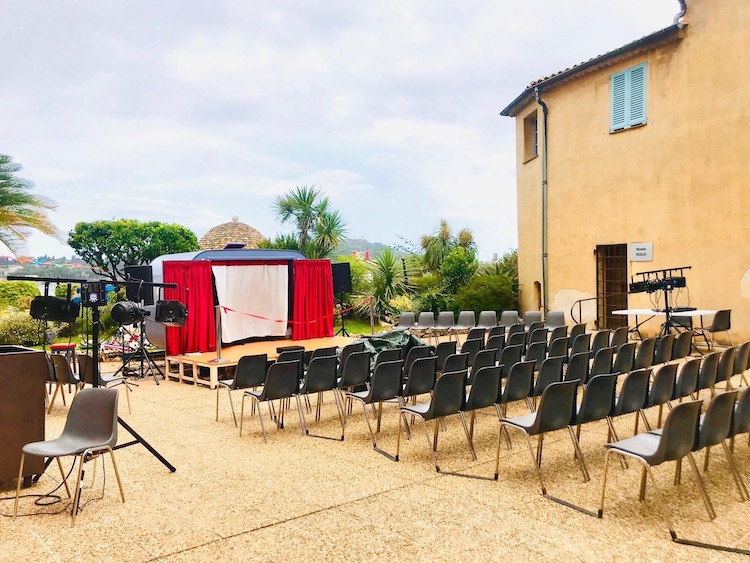 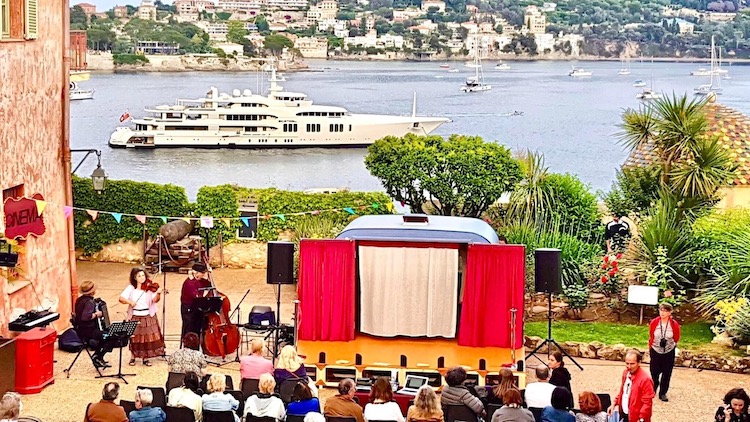 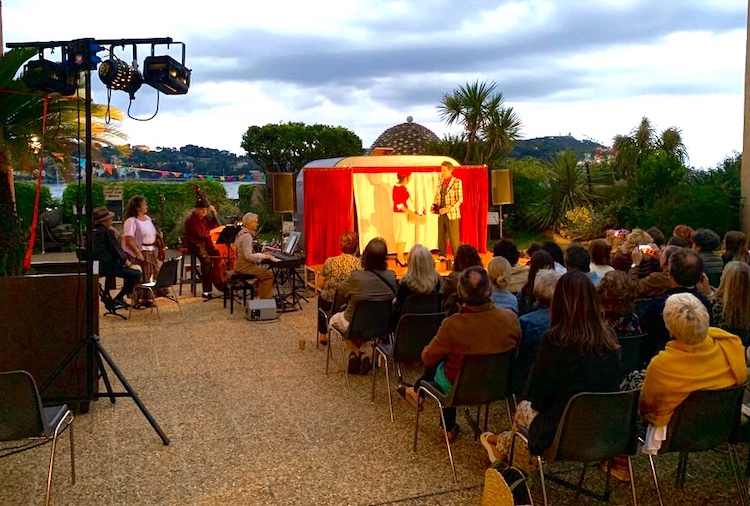 One important aspect that needs to be pointed out is that it is ALL in French, beautiful lyrical French, though French all the same. Remember this harks back to the world of Fernandel and the Parisian cabarets, guinguettes. Even if you do not speak French you will be rewarded by a colourful, happy and fast paced show that will simply make you feel good. If you do speak French then you will benefit so much more. If you are a lover of the French language then it will be a total treat.

A fundamental feature of the project is to involve children of all ages … meaning everyone. Throw away that phone or iPad and interact with real live living theatre bringing back the joy of the performing arts. What better way to start the creative juices flowing, stimulating the imagination and removing boundaries such as inhibitions and limiting beliefs. A lot more real world La Bohèmes are needed, this is just the start. 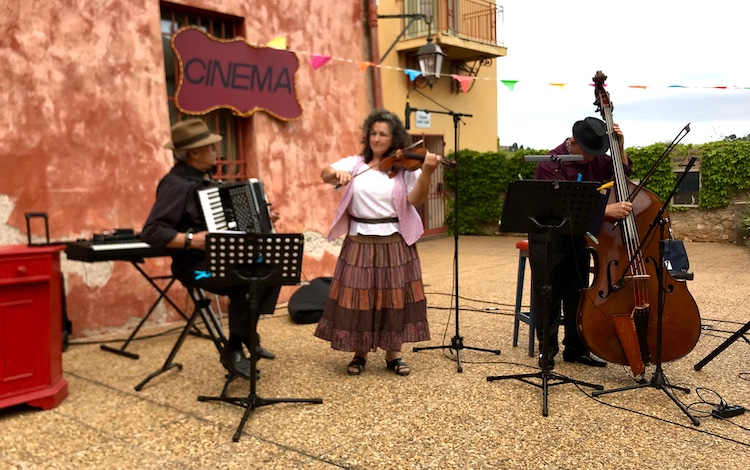 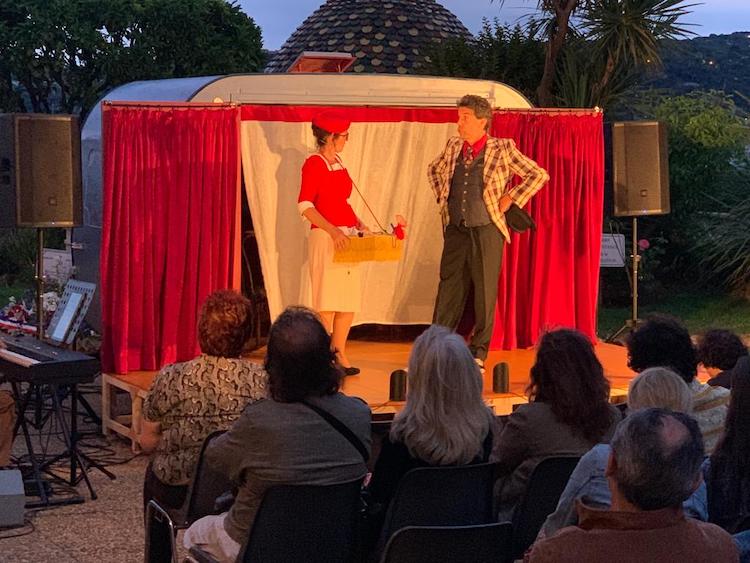 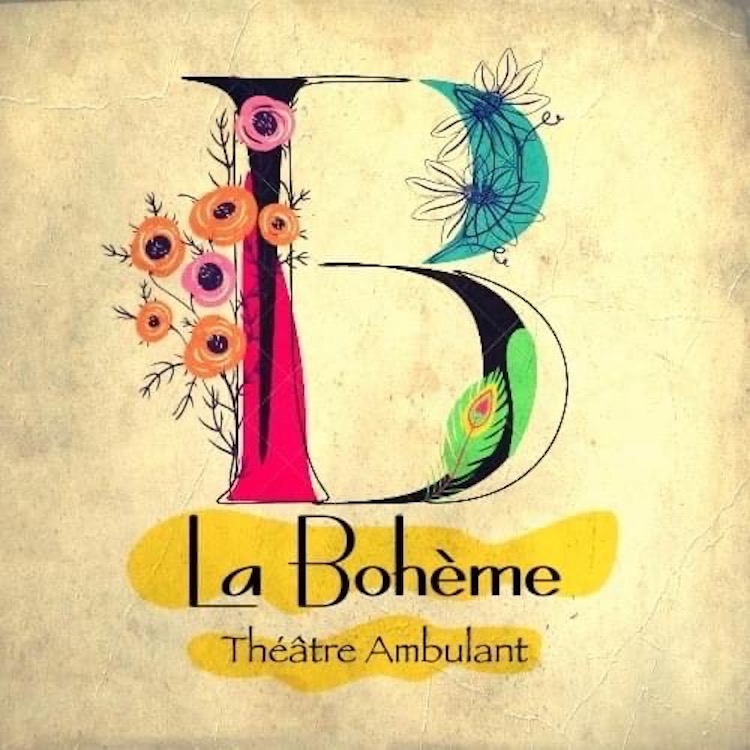 La Bohème is described as a theatre in your pocket that can be opened at will under the stars. That is not all. It is something that speaks to the emotions on a very human scale. Bringing back memories from bygone days into the current day passing on the passion for this art form, rejuvenating it with fresh live shows.

Delivering crafted performances with the actors of La Bohème, comedians, musicians and technicians coming together to create a feast for the senses. Joined together by this common passion on a human scale, La Bohème will create its own world by taking the shows to the public in the villages and fields in the south of France and beyond! The traveling show will be on the move from now until October – look out for it! 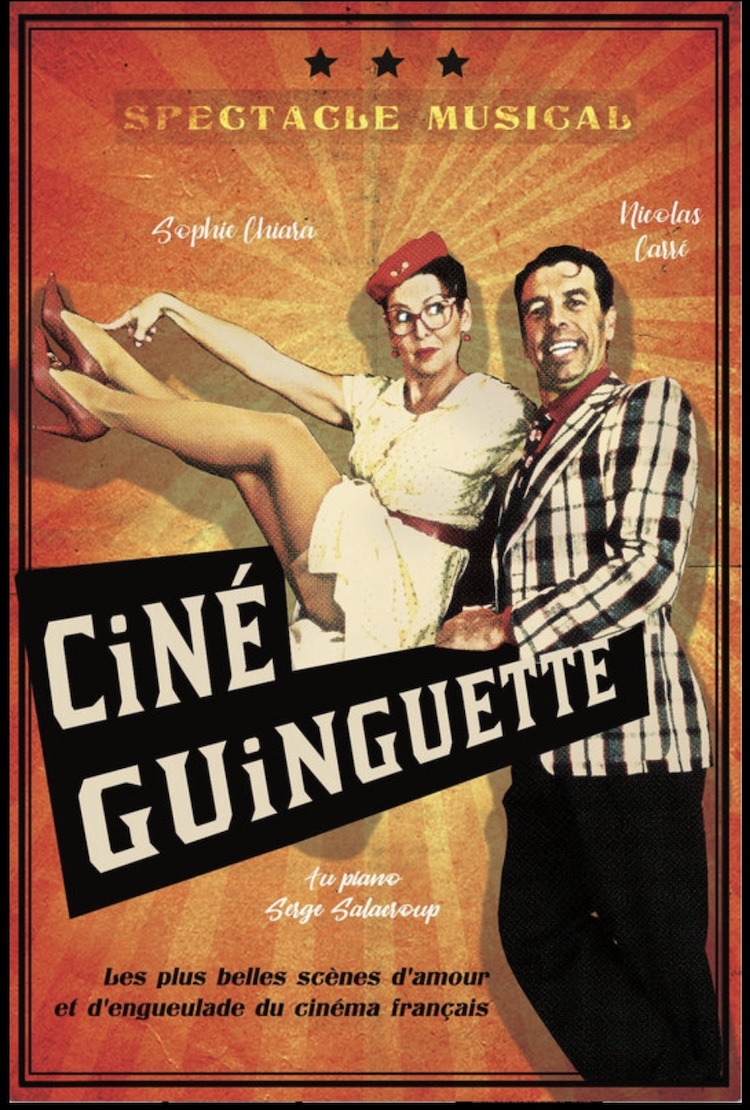