Le Bocal is one of those precious jewels of theatrical Nice that on its small stage hosts great theatre, with frequent nods toward a more demanding audience. Most recently, it received a visit in the form of Victor Haïm’s play by that very name.

La Visite, written in 1975 as a “dramatic comedy”, tells the story of neuropsychiatrist Dr. Viviane Lehrbaum-Dumas (Myriam Grélard), seemingly in control of her rather uneventful life, when one night, just as she is ready to leave her office, finds an unexpected visitor (François Cracosky) waiting for her. He engages the unsuspecting Viviane in a pas de deux of intrigue and fascination, which soon turns into manipulation, mind games, and aggression. His unconventional behavior unsettles her, and little by little sends her in an emotional turmoil. She struggles to keep control but eventually finds her life dissected, her thoughts invaded, and her beliefs challenged. Will she manage to keep the upper hand or end up in the unexpected role of a patient? What is her dark secret that she is burying deep inside? 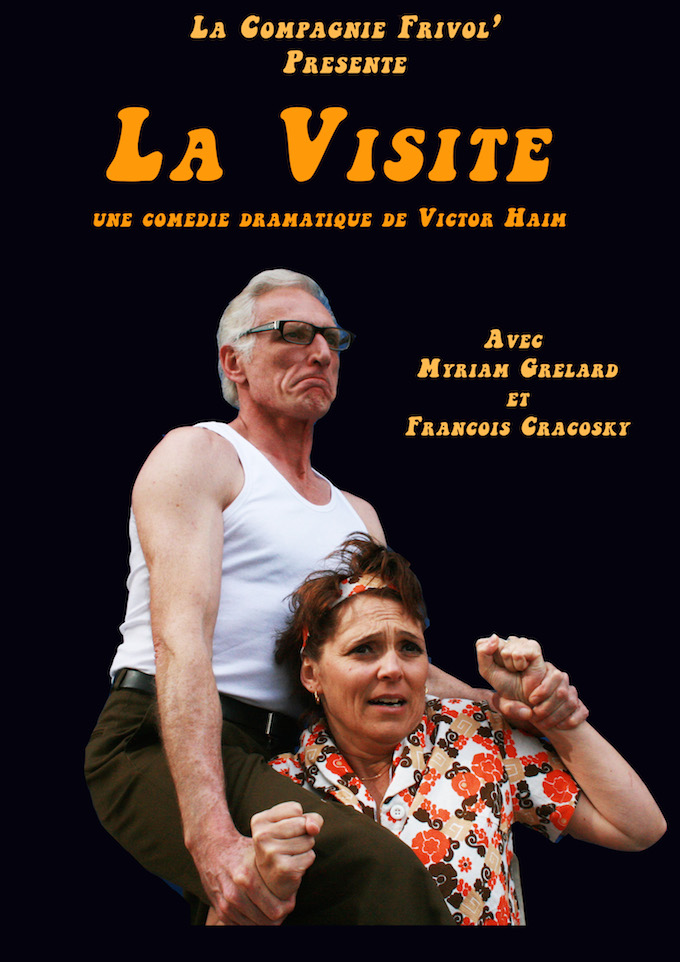 A classic play like this, which draws from the strengths of its dialogues and a mental cat and mouse play, demands a lot from the two protagonists, and both are up to the challenge. Myriam delivers a convincing performance, allowing her character’s façade to crumble slowly but surely. François, wearing the two hats of actor and director, shows his broad range of acting skills when slowly transforming from pleasant, gift-bearing visitor to haughty aggressor, and at the same time finds the right rhythm to pace the process. Interestingly, even through several physically violent scenes there is a tangible, natural chemistry between these two…. and as it turns out, they are also a couple off stage.

This slightly edgy classic is the kind of play that is perfect for a small but sophisticated theater like Le Bocal, with its 45 seats in the up-and-coming Libération area. Founded in 2006 by Danielle Majeur, it has a reputation for hosting fine local and national talent in productions that are located somewhere between intellectual, dark, and trendy, but never run-of-the-mill.

The 2014/15 season may also see the introduction of English language plays. There is an audience for them, Dany tells us, echoing the sentiment of other Niçois theatres. In fact, she is already starting to lay the groundwork for international programmation, discussing suitable plays with bilingual directors, actors, and writers. 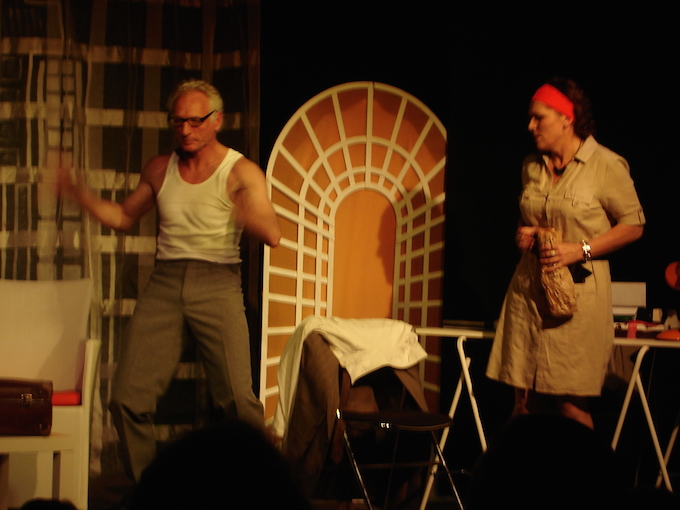 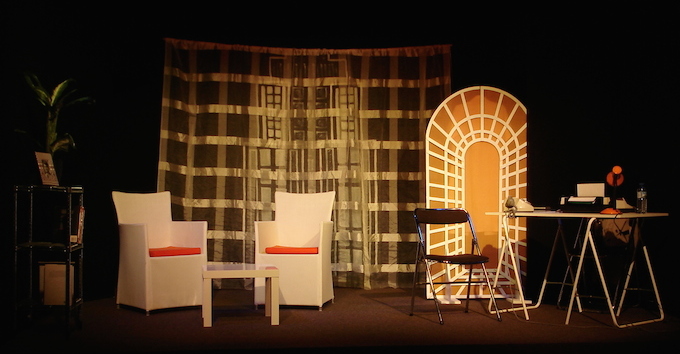 Kevin Pastore, one of the Bocal’s regular actors, has been playing there for four years and loves it. “While the programming is often slightly highbrow, it’s at the same time a warm and welcoming place both for actors and the audience. There is always a cup of coffee or a glass of wine waiting for whoever comes by. It’s like family, almost like Dany’s home.” That is surely one of the reasons why artists and visitors alike love it so much. Even the Visitor who came to see Dr. Viviane to discombobulate her life….